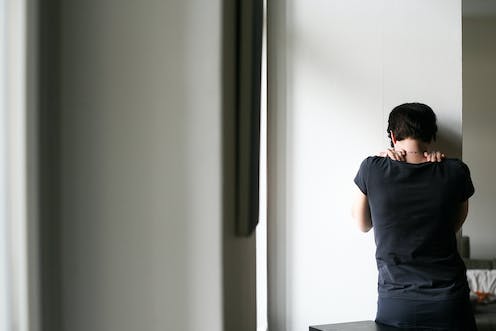 In Australia’s social security laws, the “couple rule” is used to determine if a person is in a relationship, tying access to Centrelink payments to the income and assets of their partner.

For victims of domestic violence, it ties a woman’s access to social security payment to the perpetrator.

Recently I analysed Administrative Appeals Tribunal (AAT) couple rule decisions from 1992 to 2016 that involved domestic violence. The full array of violence was represented in my sample of 70 decisions – from rape and enforced marriage to financial abuse.

Read more: Banks are enabling economic abuse. Here's how they could be stopping it

I found that the very tactics perpetrators used to control and intimidate women were often used as evidence for a relationship. For example, financial abuse can be misinterpreted as “sharing finances”, which can indicate a relationship in the criteria of the couple rule.

As a result, women experiencing domestic violence were denied payment, made to repay a social security debt, or both. Some women were also be prosecuted for social security fraud through criminal courts.

And since many domestic violence victims rely on social security payment to become financially independent of the perpetrator, the couple rule must be seriously reviewed to give women a chance to begin a new life free from violence.

Criteria for the couple rule

The couple rule outlines criteria to determine if someone is in a relationship when it’s unclear.

The criteria considers various aspects of a relationship – financial, living arrangements, social, sexual (yes, they do ask), and commitment. A wide array of evidence is gathered to make this decision – from ATM records to children’s school records, and even hospital records.

Read more: Fleeing family violence to another country and taking your child is not 'abduction', but that's how the law sees it

But the criteria rarely make an exception for domestic violence, despite difficulties determining when a violent relationship ends, as women often make multiple attempts to leave.

In the sample, the AAT decided that more than half (49 out of 70) of the women experiencing domestic violence were in a legitimate relationship.

Abuse tactics that indicate a relationship

Centrelink and AAT decision-makers used perpetrator tactics as evidence for a relationship.

For example, refusing to leave the family home when asked, and visiting a woman’s new address if she leaves, are examples of control over living arrangements. But cohabitation and “frequent visiting” could be considered indicators of a continuing relationship.

Read more: The long history of gender violence in Australia, and why it matters today

Perpetrators stealing money and denying finances to meet women’s and children’s basic needs are examples of financial abuse. But “sharing financial resources”, whether consensual or not, can be considered to be an indicator of a relationship.

And controlling information flow was recorded in the sample. In this case, the perpetrator can mould the image that Centrelink sees about the relationship. For instance, preventing a woman from receiving her own mail means he can make her miss important notifications and doesn’t respond to requests for updated relationship information.

Also concerning was the use of hospital and domestic violence police reports by social security decision-makers as evidence of a continuing relationship.

Centrelink has extensive legislative powers to compel the release of evidence from their customers, a person they believe to be the customer’s partner, and public and private institutions.

More than half of the decisions in the sample, 41 out of 70, used this type of information, and they have a very real impact on domestic violence victims receiving social security payments.

For example, a woman admitted to hospital with injuries from her partner, which included him as next of kin, was considered an indication of a relationship.

Similarly, a woman asking for police support when harassed in her new home by her former partner was also considered evidence because he referred to her as his partner. A women’s opinion of her own relationship is only part of the evidence considered. Alarmingly, a perpetrator can also be asked to give evidence.

Victims can be punished for relationship fraud

The couple rule not only ties women’s access to social security payment to the assets and income of perpetrators, but it also puts them at risk of debt and imprisonment.

Women experiencing domestic violence and found to be in a relationship can be, and often were, asked to repay a Centrelink debt. And they can, and were, also be tried in criminal courts for social security fraud and imprisoned.

In a 2016 study, I found women could be doubly punished by being asked to repay a Centrleink debt through the AAT, and simultaneously tried for criminal prosecution and imprisoned through criminal courts.

Read more: See What You Made Me Do: why it's time to focus on the perpetrator when tackling domestic violence

Essentially, the couple rule in Australian social security law punishes the victims of domestic violence. It needs serious review in both its application, and its legislative basis.