Many Australians are shocked by celebrity chef George Calombaris being caught for underpaying employees A$7.8 million. It didn’t help, of course, that the television personality was also reported to be seeking a huge pay rise for appearing in the television program MasterChef Australia.

But what should not be a surprise is the prevalence in Australia of wage theft – typically underpaying award rates and entitlements such as overtime, superannuation and penalty rates.

Calombaris is not alone. In recent years there have equally large cases of wage theft involving household brand names such as Caltex, 7-Eleven, Pizza Hut and Domino’s Pizza.

The Australian Taxation Office estimated that in 2014-2015 Australian workers had been short-changed A$2.5 billion on superannuation payments alone .

Workplace audits by the federal Fair Work Ombudsman over the past decade suggest wage theft is rising. Most vulnerable are the young, the low-skilled and temporary migrants.

And the sector where wage theft appears most common: food services (evident in more than 45% of audits).

The evidence points to wage theft being more associated with certain types of business structures. In particular, franchise operations, outsourcing, insecure work and the gig economy.

Calombaris has had a hard time denying he knew what happened in his companies. Bigger brands have gotten away with minimising costs through supply-chain arrangements where there’s exploitation somewhere along the line. It’s the very same problem that enables modern slavery to flourish around the world. These companies can deny responsibility because they have no direct legal obligations. 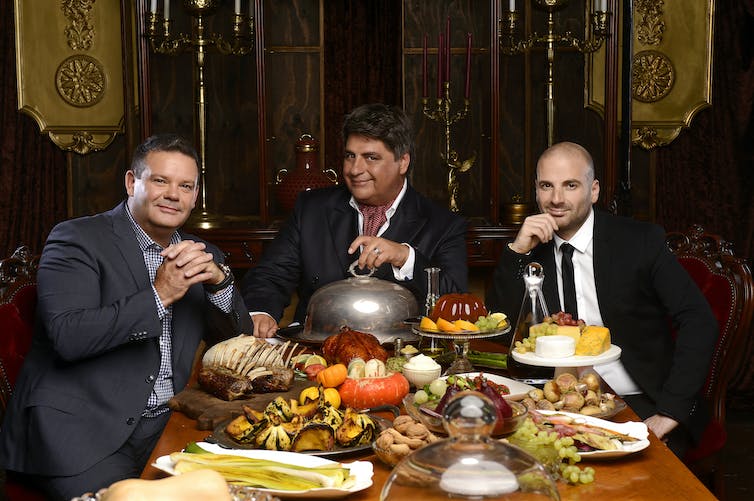 The problem isn’t just structural. It is also cultural.

Wage theft seems to have become accepted as a fact of life, maybe even a necessity, in certain sectors and workplaces. As a result, employers have developed a sense of impunity, while workers have become resigned to underpayment as unavoidable.

More than three-quarters of international students and backpackers, for example, know they’re being underpaid but accept it because they believe it’s standard treatment for anyone on their type of visa.

Cultural acceptance translates into weak enforcement rules. Wage theft is not considered a criminal offence, in the same way as stealing money from a company. Those caught face low penalties. Calombaris, for example, has to pay his employees what they are owed, but his penalty is limited to a $200,000 “contrition payment”).

In this context – practices and attitudes making wage theft rampant – the only positive thing about Calombaris’ case is that, combined with other high profile cases, it has triggered enough outrage to make politicians get serious about reform.

The federal government has indicated it will propose new laws to make wage theft a criminal offence, punishable with prison time.

Along with tougher laws, more resources for enforcement are also needed.

Other reforms could help too. Supply chain certification, similar to the schemes used to guarantee fairtrade coffee or sustainably caught fish, are an example. The Fairwork Ombudsman has partnered with business and unions to create a pilot certification scheme for the cleaning industry.

Modern slavery legislation now requires large companies to report on their efforts to keep their supply chains slave-free. Acceptance of such reporting obligations could pave the way for the expectation that companies more attention to stamping out all forms of worker exploitation.

There is one other notable point to make about the Calombaris case. It is about our own responsibility.

As a community we have collectively accepted wage theft for too long.

Collectively we seem to have higher tolerance for the mistreatment of workers at the fringes of the labour market – such as migrants, young workers and the low-skilled.

It is time to take stock. Work will change drastically in coming decades. More of us face the prospect of being among the vulnerable, with the jobs we do now being taken over by AI and automation.

Read more: Artificial intelligence-enhanced journalism offers a glimpse of the future of the knowledge economy

Technology has also facilitated “uberisation” and the growth of the gig economy, in which companies minimise their obligations by denying workers are employees.

Considering the breadth of change to come, we need more than ever to reflect on what we accept and enable.