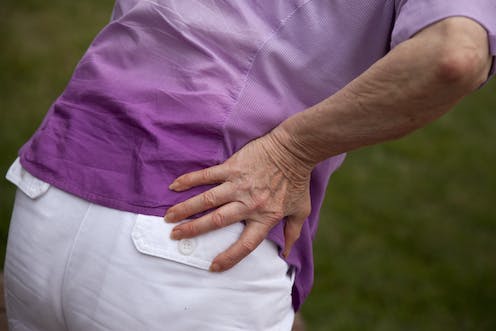 As we age, we’re more likely to need a prosthesis to help us function like we used to. It may be a hip or knee prosthesis to replace a worn-out joint, a new lens after a cataract has been removed, or a pacemaker or cardiac stent after a heart attack.

Australian prosthesis prices are high by international standards, and these costs come on top of the surgeon’s fees and the hospital’s charges.

Prostheses accounted for more than 10% of the growth in private health insurance costs over the past decade.

Australia’s current approach to paying for prostheses in the private health sector incorporates all the wrong incentives and leads to poor outcomes for patients, health insurance members, and taxpayers.

Grattan Institute has today released a proposal for fundamental reform of prosthesis pricing which can help rein in rising private health insurance costs and provide patients with better quality devices at lower costs.

This plan includes setting a benchmark price, factoring quality into the pricing system, and allowing payments to be bundled so patients can avoid unexpected out-of-pocket costs.

Australia’s approach to prosthesis pricing in the private health system is heavy on regulation, exemplified by a 1,000-page spreadsheet of regulated prices, which includes more than 10,000 centrally determined prices. It’s reminiscent of Soviet-era central planning at its worst.

Prostheses manufacturers or their Australian agents lodge proposals with a government-appointed committee. The committee evaluates the bid and, if approved, recommends the prosthesis be added to the list and the price private health insurers must pay for it.

One useful, if modest, reform would be to modernise the approach to prosthesis pricing, incorporating innovations from pricing of other medical interventions and treatments.

The Pharmaceutical Benefits Scheme (PBS), which subsidises Australians’ medications, for example, has a system of Therapeutic Group Premiums. Prices for drugs with a similar therapeutic effect are compared, and where there appears to be no incremental benefit within the therapeutic group, the government price is set at the benchmark for all medications in the group.

Another improvement – which could be made immediately – would be to use information about the effectiveness of the prosthesis when setting prices.

Information contained in procedure registries such as the Australian joint registry could be used to estimate the cost-effectiveness of prostheses over patients’ lifetimes.

Read more: What is the Medical Technology Association and how does it wield its power?

Under a “lifetime” pricing approach approach, the price for a prosthesis would take account of the likelihood that a revision might be required.

The cost of a revision, including the cost of the hospital admission, is many times the cost of the initial prosthesis. Incorporating revision risk into initial pricing would start to send signals about the importance of long-term costs.

Interestingly, at least one US hospital group has introduced a lifetime hip and knee guarantee, under which the hospital group bears the full cost of any revision. This is a welcome development as it provides a clear incentive for the hospital to chose the prostheses with the lowest revision rates.

About three-quarters of prostheses orthopaedic surgeons choose to implant in their patients are not among the top ten options, in terms of quality as measured by revision rates. It’s unlikely those surgeons have fully informed their patients of the choices and risks they’ve imposed on the patients’ behalf.

Surgeons might chose a prosthesis out of habit and may not have checked the average performance of their favoured prosthesis.

Interestingly, there is no evidence that better performing prostheses are more expensive than others.

A bedrock principle of most markets is that the purchaser expects to accrue utility from their purchase. This is not how prosthesis pricing works.

This creates an agency problem and is almost guaranteed to lead to problems.

Fundamental reform is needed to erase the excessive red tape and regulation of prosthesis pricing.

In the public sector, the government pays hospitals for each procedure it performs, based on the patient’s diagnosis and the procedure they’re having.

The same rigour, and the ability to bundle payments, should be applied in the private sector.

This would mean private hospitals would be required to tell patients whether they will be hit with any out-of-pocket costs associated with the prosthesis, and what alternative prostheses might be available which involve no out-of-pocket cost, or which are less likely to require a revision. This will help to drive up quality.

Private hospitals – which purchase the prosthesis – would then have an incentive to ensure their surgeons select better-performing prostheses.

Or throw the current system in the bin

Prosthesis pricing in Australia is stuck in an out-dated regulatory approach. It’s not providing best value to taxpayers, health insurance members, or patients.

There are ways to improve the existing regulation, but they should be seen only as patch-ups of a rickety system.

That rickety system deserves to be consigned to the dustbin of history and replaced by a fundamentally different approach to paying for surgical care which bundles prosthesis costs into a single price.