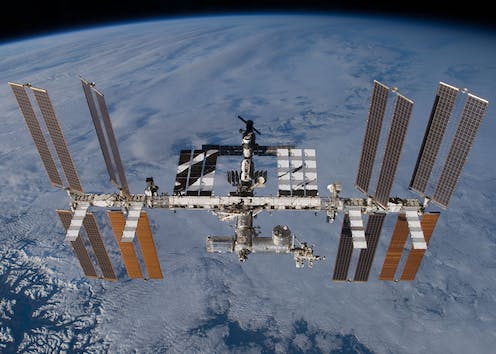 NASA is reportedly investigating what could be the first ever alleged crime in space. Astronaut Anne McClain has been accused of accessing her estranged spouse’s bank account via the internet while on board the International Space Station (she denies the accusation).

This gives rise to the question: what criminal law, if any, applies in outer space? The short answer is that, for a US astronaut aboard the International Space Station with a US alleged victim, US criminal jurisdiction applies.

The long answer is more complicated, and set to become even more so with the advent of space tourism, space militarisation, and commercial activity. Human activity has increased in space, with at least 50 nations currently engaged in space activities.

Space, like the high seas, is considered res communis – it belongs to everyone and to no one, nor can any country lay claim to it.

But that doesn’t mean the high seas and outer space are free from national laws. International law allows countries to assert jurisdiction outside their territory in several ways, including via the nationality principle, which covers crimes committed by a country’s citizens outside its borders, and the universality principle, which allows countries to prosecute anyone for serious crimes against international law, such as piracy.

So far there are no pirates in space, outside the realms of science fiction at least.

Space is governed by five key international treaties, known informally as the Outer Space Treaty, the Rescue Agreement, the Liability Convention, the Registration Convention, and the Moon Agreement (their formal names are much, much longer). All are under the auspices of the delightfully named United Nations Office of Outer Space Affairs.

The Outer Space Treaty is one of the most relevant when it comes to dealing with alleged crimes in space.

Broadly, the treaty requires the exploration and use of outer space to be free, in the interests of all countries, and not subject to any claim of national sovereignty. The Moon and other bodies are to be used only for peaceful purposes. Nations are responsible for national space activities and are liable for damage caused by their space objects.

As for the question of who prosecutes space crimes, the short answer is that a spacefaring criminal would generally be subject to the law of the country of which they are a citizen, or the country aboard whose registered spacecraft the crime was committed, because the treaty grants that country authority “over any personnel thereof”.

However, the term “personnel” is not defined, and this raises questions as to what the case might be for private citizens such as, for example, an Australian space tourist flying aboard a US-registered spacecraft.

The International Space Station (ISS) in fact has its own intergovernmental agreement, signed by the project’s partner nations, that makes express provision for nationality-based jurisdiction over crime. It says:

Canada, the European Partner States, Japan, Russia, and the United States may exercise criminal jurisdiction over personnel in or on any flight element who are their respective nationals.

As McClain is reportedly a US citizen, this means US criminal law will apply to her conduct. This is also known as “active-nationality” jurisdiction. This is made simpler by the fact that her alleged victim is also a US national.

If the victim of a crime committed on the ISS was a citizen of a different partner nation, and if the US did not provide assurance it would prosecute the perpetrator, that other nation’s criminal law would apply. This is known as “passive nationality” jurisdiction. There is also a possibility that if the crime took place in a partner nation’s section of the space station, its criminal law may apply.

For other space flights not on board the ISS, things potentially get more complicated still, for several reasons.

The treaty framework on criminal law in space relies heavily on nationality. This makes the situation more complicated if an alleged criminal is a dual citizen.

Since 2001, when Dennis Tito became the first space tourist, a total of just seven private citizens have paid to go to space. But Virgin Galactic promises “a regular schedule of spaceflights for private individuals and researchers” in the future.

Future space tourists are unlikely to be aboard the ISS, so that agreement won’t apply. It is most likely that the criminal law of the country of registration of the space plane would apply, but this could be problematic if the countries whose citizens are on board also attempt to claim jurisdiction.

Another issue is the question of where space even begins. Earth’s atmosphere does not have a solid boundary, which makes it hard to determine whether air law or space law should apply at a given altitude, and whether space-bound flights can be deemed to have violated another country’s air space.

Finally, for really serious crimes such as genocide, crimes against humanity, or war crimes, the jurisdiction of the International Criminal Court may also extend into outer space. While some people already see space as a military arena, we can only hope this theoretical jurisdiction is never applied in practice.