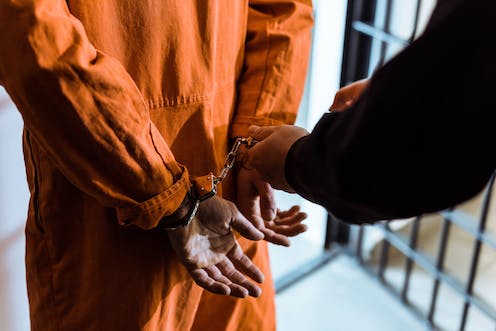 Few categories of offender invoke as strong a response as sex offenders. There is a public desire to “do something” about sex offenders, which is taken seriously by politicians of all persuasions.

One way governments have responded is by increasing the length of time sex offenders spend behind bars. For example, most Australian states and territories now allow for “dangerous sex offenders” – such as Edward Latimer, who committed numerous offences against adult victims – to be kept in custody after their sentences have ended.

But it’s not feasible to keep all convicted sex offenders in prison forever, and there comes a time when even offenders like Latimer must be released. This, understandably, creates public anxiety and raises questions about what steps should be taken to ensure public safety.

In response to cases such as these, many countries have introduced laws that apply to sex offenders after they complete their sentences. These include requiring the community to be notified about their release from prison, placing restrictions on where they can live and maintaining sex offender registers.

Since 2003, every Australian jurisdiction has passed laws that specifically target sex offenders. All states and territories have sex offender registers, which require certain sex offenders to inform the police of their location and other personal details for a specified period.

Since 2016, most states and territories have changed their laws multiple times. Our analysis demonstrates these recent reforms have generally expanded the current system.

Rather than trying something different, the reforms have simply captured more offenders within the scheme, managed them for longer, imposed greater restrictions on their liberty and increased the consequences of breaching their obligations. Even where the system has been entirely overhauled, this has not aimed to implement anything new, but strengthen the existing approach.

Read more: Helping to rehabilitate sex offenders is controversial – but it can prevent more abuse

While these types of reform may make sense to governments that want to be seen to be “doing something”, there is little evidence that simply doing more of the same will make the community safer.

In fact, evaluations of some more innovative approaches suggest measures that may be more effective.

Circles of support and accountability

The best-established of these measures are “circles of support and accountability”(CoSA)). These involve groups of trained community volunteers who support sex offenders after their release from prison.

CoSA aim to reduce social isolation among offenders, which can help prevent future offending. The programs are based on the idea that providing offenders with a circle of community volunteers who offer practical assistance and accountability will help them not to re-offend once they have are released.

Read more: The folly of writing legislation in response to sensational crimes

CoSA were first introduced in Canada in 1994. They have since been established in the United Kingdom, as well as parts of the United States and Western Europe. In 2015, a small CoSA pilot program was developed in South Australia.

And CoSA can improve aspects of offenders’ lives that are, in turn, linked to reduced re-offending, such as their relationships, employment and education. What’s more, it may even save costs.

Community volunteers who have worked with sex offenders in CoSA have reported positive outcomes from the experience, such as an increased sense of community and self-worth, developing emotional bonds with others, and feeling the program made the community safer.

A second innovative approach is the use of chaperone programs. These programs are currently only available in parts of the United States.

Chaperone programs involve identifying and training offenders’ appropriate family members or significant others, who agree to accompany the offender during public outings on a voluntary basis. Chaperones also undertake training to help them identify the signs of relapse and intervene if necessary. This includes reporting breaches to authorities.

Offenders seeking to participate in a chaperone program must acknowledge their responsibility for the offending and pass a polygraph test. They must also take part in testing to identify their sexual interest and arousal patterns, not use alcohol or drugs, and agree to safety plans for any event they wish to attend.

Unfortunately, very little has been documented about chaperone programs.

However, the one study conducted (but inaccessible online) provides promising evidence about their effectiveness. It suggests offenders who receive such support are “less likely to take part in the behaviours that originally contributed to their imprisonment”.

A third approach, which has been trialled by Corrections Victoria, is the use of support and awareness groups" (SAAGs).

This approach uses the offender’s existing support network to foster pro-social support and promote effective reintegration after prison. SAAGs aim to assist offenders to implement and achieve healthy lifestyle goals and manage their risk factors in the community.

Members of a SAAG are identified by the offender during treatment and may include spouses, other family members, colleagues, friends, neighbours or respected community members. Those without appropriate support people are helped to build connections with professionals, such as community or faith-based organisations.

SAAG members work with the offender and their treatment provider to identify strategies to manage the offender’s risk and support them to reintegrate into the community. While similar to CoSA, the support provided by SAAGs is provided on a less structured basis.

There is no published research on the effectiveness of this model. But its underlying premise is consistent with CoSA and chaperone programs.

The public is justified in feeling concerned about the release of sex offenders, and governments should be doing everything they can to reduce their risk of re-offending.

But if governments are truly committed to the goal of enhancing community safety, they need to do more than simply expand the current system. They should adopt measures that have been proven to be effective or at least show promise, such as CoSA, chaperone programs and SAAGS.

These innovative approaches seem a better target for public investment than just doing more of the same. And by involving the community in promoting offenders’ reintegration, they may minimise underlying fears and insecurities about sex offenders.