Women are also faced with denials gender inequality still exists in 2019. Some people presume anti-discrimination legislation, equal pay, and ensuring motherhood is not a barrier to workforce participation are all that’s needed to achieve gender equality.

But sexism pervades society in many more subtle ways – and its impacts are not always so tangible. This discrimination is committed not just in the workplace and on the streets, but in social settings and in our own homes, sometimes by the people who love us.

It can also start young, like when parents enlist daughters to serve guests at a family gathering, and sons are free to relax with their male relatives.

Everyday sexism might not be noticed by perpetrators or bystanders, but it can wear women down and is linked to poorer physical and mental health.

Read more: Whistling and staring at women in the street is harassment – and it's got to stop

What is ‘everyday sexism’?

Researchers have examined experiences of everyday sexism using a daily diary method. In series of studies from the United States, researchers asked 107 women and 43 men to record in a diary any sexist incidents they encountered over a period of two weeks.

One type of sexism the participants encountered was the endorsement of traditional gender role prejudices and stereotypes. One participant, for example, reported being told not to “worry her pretty little head about these complex insurance issues”.

Another type of everyday sexism participants encountered was demeaning or derogatory treatment, such as sexist jokes and language.

A third type of sexism was sexual objectification, such as street harassment and unwanted touching. For example, one participant reported having a stranger at a party squeeze her waist while he was walking past.

In some contexts, women may not experience any formal barriers to participation, but may still be faced with cultural norms that disadvantage them.

Women in traditionally male-dominated fields such as STEM (science, technology, engineering and maths), for instance, can be targets of prejudice and negative stereotyping which undermines their success.

This negative stereotyping may include being underestimated and assigned easier tasks. Women might also experience social exclusion and isolation, such as not being invited to out-of-hours catch-ups. 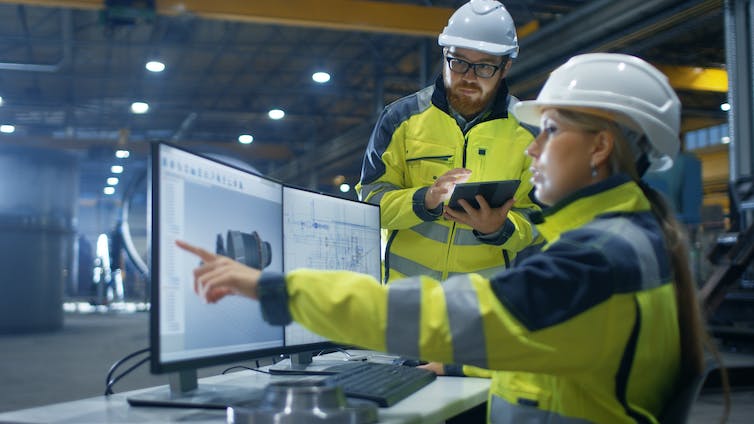 Women in STEM fields encounter a number of barriers and stereotypes. Gorodenkoff/Shutterstock

Rules and laws against gender discrimination don’t prevent people with sexist attitudes from treating others unfairly in everyday interactions. This is particularly true when it is perpetrated unconsciously, in ways that aren’t detectable to everybody.

Discrimination gets under your skin

While individual instances of this unfair treatment might seem so minor as to be harmless, they can be frequent and ubiquitous. Everyday sexism is often present at a constant low-level in the background of our lives, adding an extra layer of stress.

Unsurprisingly, these subtle forms of everyday sexism have been linked to poorer mental health. 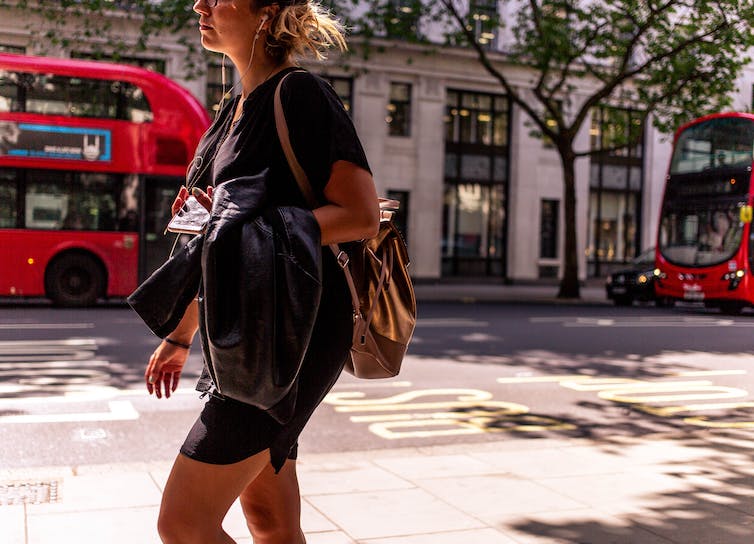 More recently, a study found experiences of gender discrimination in the workplace accounted, in part, for poorer health outcomes in women compared to men.

There are, however, factors that moderate the relationship between discrimination and health outcomes. Women with higher self-esteem, for example, don’t seem to suffer the ill-effcts of discrimination as much.

Studies consistently show that the perception you’re being discriminated against on any grounds is linked to poorer mental and physical health. And subtle forms may be as harmful as more overt forms of discrimination.

Everyday sexism might be difficult to recognise by those who don’t experience it. Research shows men are less likely to accept evidence of gender discrimination than women. This is likely due to perceptions and everyday observations being limited by our own experiences and our biases. 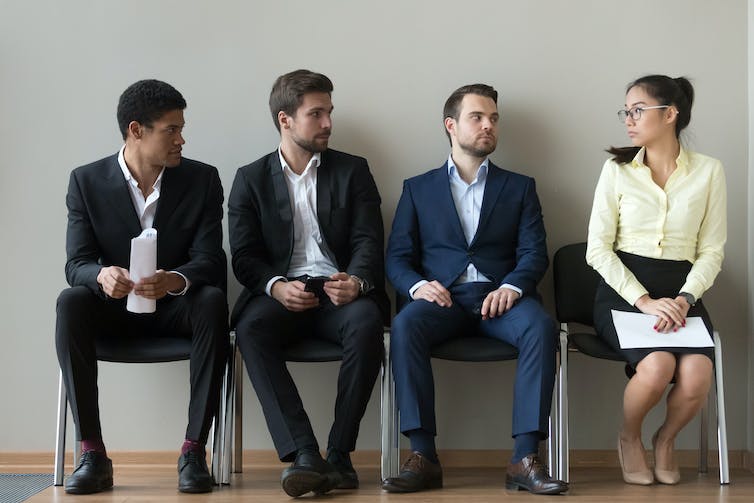 Everyday sexism might be invisible to men – for now. Fizkes/Shutterstock

Anecdotal evidence alone is insufficient to demonstrate the full reality of everyday sexism and its impacts. Scientific research reveals far more than our intuitions do about the nature of these phenomena, with greater accuracy.

Sexism is a health issue

Given this link to well-being, it’s reasonable to consider sexism a public health issue.

Doing so widens the circle of those considered responsible for protecting the well-being of those affected. Governments are obliged to reduce this health disparity, just as they invest in reducing other public health concerns, such as smoking and obesity.

While gender stereotypes remain as entrenched now as they were 30 years ago, there is promising evidence we can learn to reduce everyday sexism.

One such intervention simulates an experience of discrimination by randomly assigning one group of participants to experience “small and seemingly innocuous advantages” in a game.

Direct experience of discrimination, and critical reflection on it, increases recognition of the harm it causes and increases the intention to overcome it.

Creating a fairer society requires some antidote for the health impacts caused by sexism. But as we know, prevention is better than cure.