Around one-third of Australians living with hepatitis C have been cured in the last four years.

Hepatitis means inflammation of the liver. Hepatitis C is one of five varieties of viral hepatitis (A-E), and alongside hepatitis B, is responsible for the majority of illness caused by hepatitis.

Australia’s response to hepatitis C is seen as a leading example around the world, and the elimination of the disease as a major public health threat is looking like an increasingly achievable goal.

But the situation is much less promising for Australians living with hepatitis B, which is now the most common blood-borne viral infection in Australia. It affects more people than hepatitis C and HIV combined.

In our research published today, we show Australia is falling short of its targets to reduce the burden of hepatitis B. Looking to the way we’ve responded to hepatitis C may set us on a better path.

There were an estimated 182,144 people living with chronic hepatitis C in Australia at the end of 2017.

A number of important drugs were listed on the Pharmaceutical Benefits Scheme (PBS) from 2016, making curative treatments available to nearly all Australians living with hepatitis C.

The number of treatments being initiated has fallen significantly since the early peak, and significant differences exist in who has accessed the treatments across Australia. Nonetheless, Australia’s response to hepatitis C is highly regarded as an example of how to rapidly scale up hepatitis C treatment in a population, including among people who inject drugs.

Recent data from New South Wales demonstrate access to hepatitis C cures has led to a drop in the number of people with hepatitis C dying from liver cancer, with the bend in the curve coinciding with listing of these new treatments on the PBS in 2016.

There were an estimated 221,420 people living with chronic hepatitis B in Australia in 2017. Along the trajectory of the disease, those who have liver disease or are at risk of developing liver disease require treatment.

Unlike hepatitis C, hepatitis B cannot be cured with current treatments, so ongoing antiviral therapy is required. This is similar to the treatment received by someone with HIV.

Although not a cure, the available treatments are effective. Current hepatitis B treatments have been associated with reducing the risk of liver cancer by around 50% in the first five years of treatment.

Scaling up such treatment and care will be a critical element in reversing the increasing tide of liver cancer deaths in Australia. 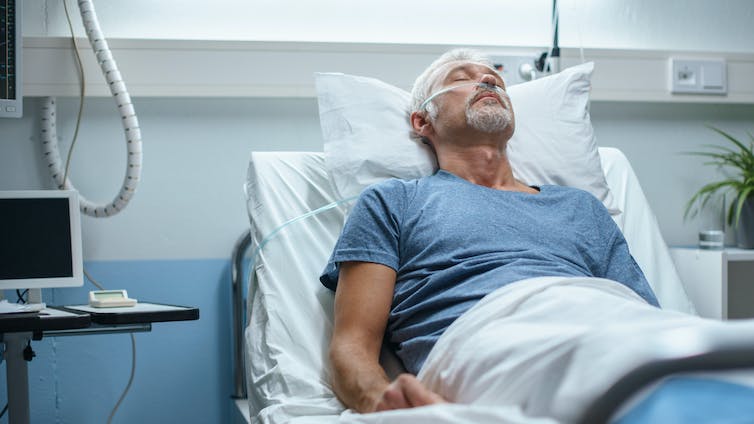 Hepatitis can cause mild to severe liver damage. From shutterstock.com

In Australia, our Third National Hepatitis B Strategy sets targets to be achieved by 2022, including diagnosing 80% of people, engaging 50% of people in care, treating 20% of people, and reducing deaths due to hepatitis B by 30%.

Read more: Three charts on: cancer rates in Australia, where liver cancer is on the rise while other types fall

Measuring progress towards these targets is complicated and requires consideration of a range of demographic and other factors. Considering most people living with hepatitis B in Australia were born overseas or are Aboriginal or Torres Strait Islander peoples, up-to-date estimates of Indigenous status and migration flows into and out of Australia are essential. Estimates of the prevalence of hepatitis B in different groups and detailed information about the natural history of hepatitis B in individuals over time is also important.

Taking these complexities into account, we’ve constructed a mathematical model simulating the burden of hepatitis B in the Australian population from 1951 to 2030. We wanted to see how Australia is faring in terms of meeting national and international targets.

By 2022, if current trends continue, the proportion of people diagnosed will reach 71% (short of the 80% goal). Some 11.2% of Australians living with hepatitis B will be on treatment (short of the 20% target). But we estimate the proportion who actually need treatment is around 30%, so we have a long way to go.

In related work mapping the burden of hepatitis B and estimating differences in treatment and care nationally we estimate only 20% of people living with hepatitis B are engaged in care (either being appropriately monitored or receiving treatment). Again, this is well short of the 50% target.

So why aren’t we meeting these targets?

Broader inequities in health access and outcomes for culturally and linguistically diverse groups and Aboriginal and Torres Strait Islander peoples play a substantial role. Together they represent over two-thirds of Australians living with hepatitis B.

Like hepatitis C, Australia’s response to the needs of people living with HIV is viewed as being of a high standard. Two elements central to our responses to hepatitis C and HIV are currently missing for hepatitis B.

The second is treatment and care primarily being delivered in the community by primary care clinicians (especially GPs) – rather than in hospitals and by specialists, as is the case for most people living with hepatitis B. Many patients prefer seeing GPs and find this more convenient than waiting for hospital appointments and seeing specialists. This can be especially true for people living far from major hospitals, reflected in the fact hepatitis B treatment uptake is much lower than average in regional and rural areas of Australia.

Although both factors are priorities for action in the National Hepatitis B Strategy, progress will require ongoing funding and coordinated efforts by the Commonwealth, state and territory governments, primary health networks, and other partners.

The impact will be measured, not just in modelled estimates, but in real lives saved. While we’re not yet on track to meet our targets for hepatitis B in Australia, our modelling suggests even with the relatively low current uptake of treatment and care, 2,300 Australian lives were saved between 2000 and 2017, which otherwise would have been lost to liver cancer and liver failure caused by hepatitis B.

If we can translate what has been learned in our HIV and hepatitis C responses to increase access to essential care for Australians living with hepatitis B, thousands more lives can be saved in the next decade and beyond.

Read more: Dr G. Yunupingu's legacy: it's time to get rid of chronic hepatitis B in Indigenous Australia