1973 was a remarkable year for Sydney, with the opening of two major cultural icons.

The first was the Sydney Opera House.

Flamingo Park appeared almost out of nowhere with its colourful walls, retro prints and 50s-inspired fashions. The designs by Jenny Kee and Linda Jackson were an antidote to the beige-ness of mainstream Australian design of the period. 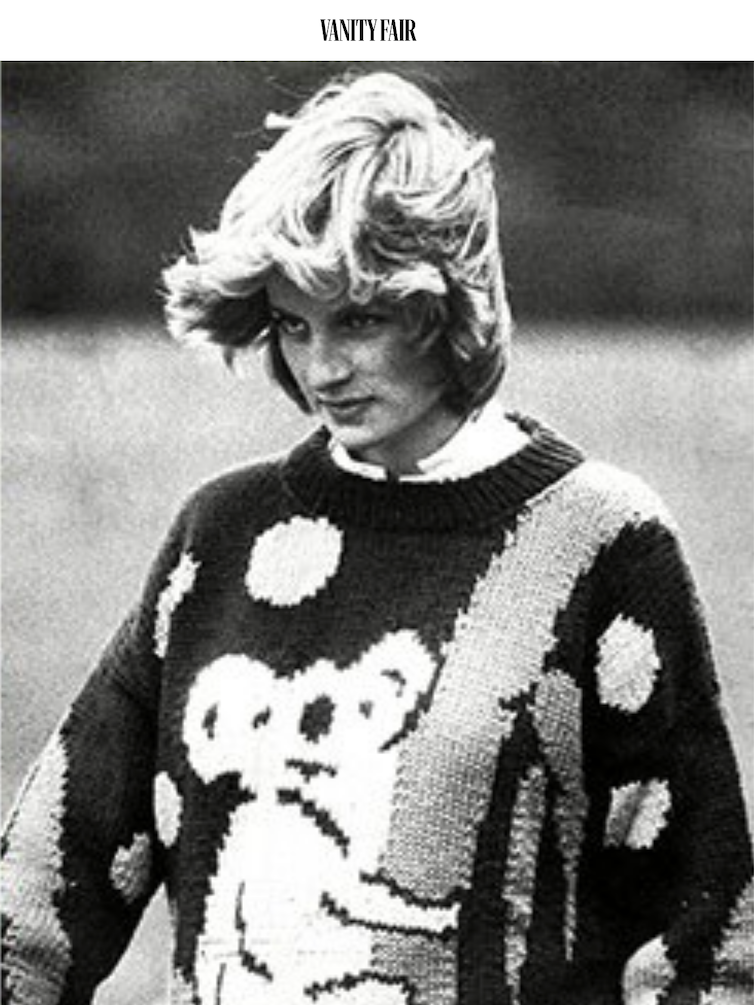 Kee’s work became recognisable around the world when Princess Di wore one of her koala jumpers. Screenshot: Vanity Fair

Their work helped make Australian fashion the flavour of the month in the United States during the mid-80s, when their work was sold in Olivia Newton-John’s Koala Blue store in Los Angeles. They were loved by fashionistas, art students, pop stars and international celebrities – and would come to define Australian fashion.

Step into Paradise, at Sydney’s Powerhouse Museum, celebrates these two inspirational designers. The importance of the exhibition cannot be understated. It is the first comprehensive survey of local 20th century fashion and textile design and seriously challenges the “cultural cringe” myth of Australia as a design and fashion backwater.

Kee was born in 1947 in Sydney. In London in the 1970s, she worked at the iconic Biba fashion store and at the Portobello Road Market, where she came across iconic European designers. This, she said at the exhibition opening, provided a better fashion education than any fashion course.

Jackson was born in Melbourne in 1950, training as a painter before designing textiles, and then dresses. Jenny Kee established Flamingo Park with a A$5,000 loan from her father and mutual friends introduced her to Jackson. The rest, as they say, is history. 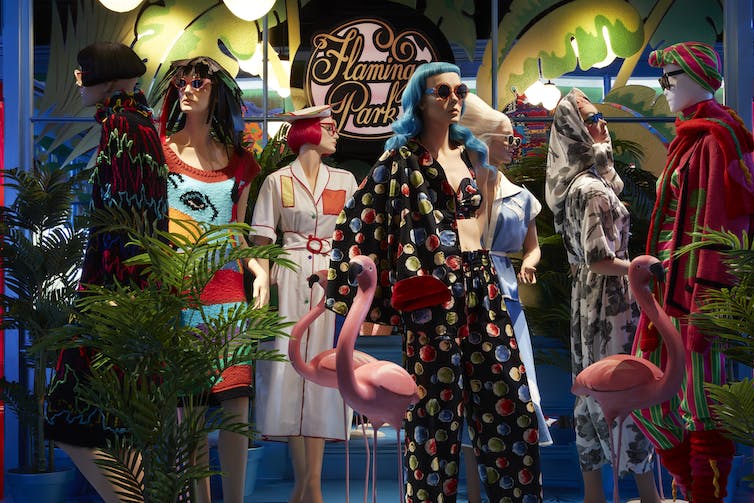 The exhibition takes us from the early days of their store to its zenith in the 1980s. We see William Yang’s photographs of the 1975 Flamingo Follies fashion parade, and then enter a faithful recreation of the shop, complete with the painting that inspired its name: Flamingo Park by Michael Ramsden, Kee’s former husband.

Jackson’s textile designs translate the colours and textures of Australia’s coral reefs into bright fabrics of red, azure and peacock blue, lime green and acid yellow and roman purple. Scribbly bark and leaf prints inspired by the bush are depicted in khaki, mushroom and loden greens, or abstracted into black and white monotone patterns. The arid landscapes of our deserts are translated into earthy, ochre, mustard and brown scrub and rock prints.

Kee’s designs are inspired by Australia’s native flowers – the waratah, Sturt’s desert pea and wattle; unique animals; and minerals – in particular, the deep, jewel colours of the opal. The exhibition features several of Kee’s rustic and chunky opal necklaces, and her iconic silk opal print which was famously used in a collection by Karl Lagerfeld in the mid 1980s.

At the opening ceremony of the 2000 Sydney Olympic Games, Kee designed the costumes representing the coming together of the different continents, providing an alternative representation of humanity’s diversity. 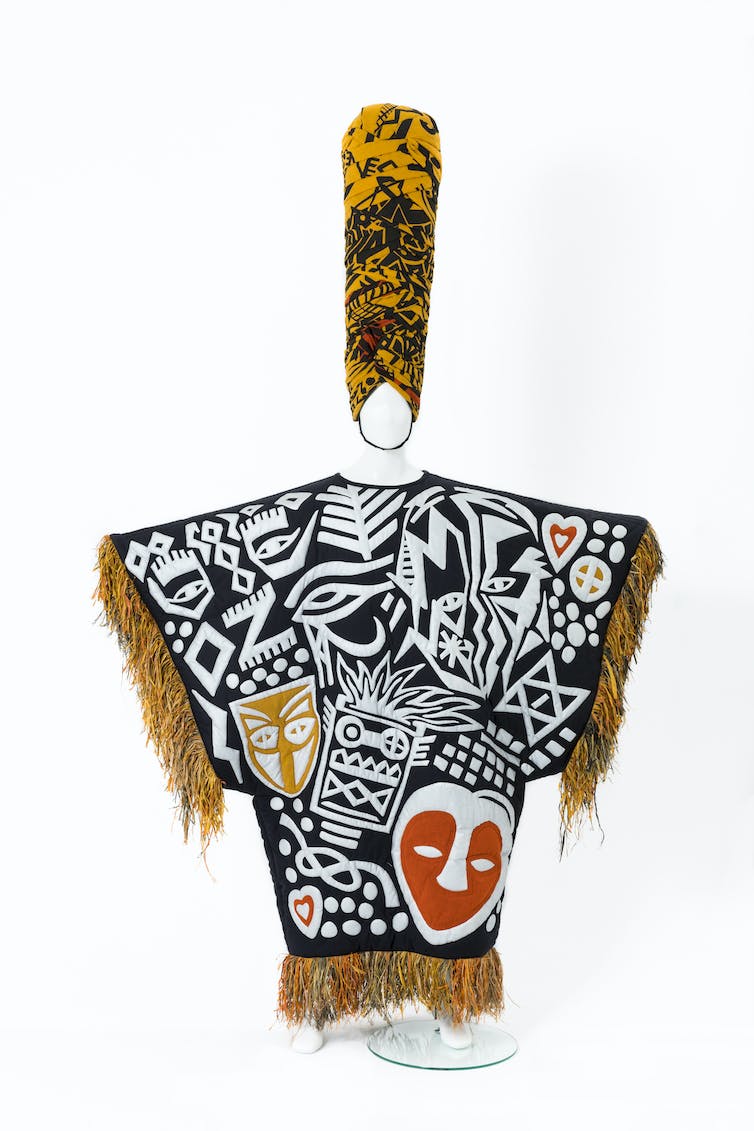 Step into Paradise features over 150 garments, textiles, photographs and artworks. Not only the work of Kee and Jackson, but also artists they collaborated with: prints by Mary Shackman, accessories by Peter Tully, hand-painted garments by Charlotte Burns; collaborations with Indigenous designers from Utopia Station and Bima Wear in the Northern Territory; and a recent collaboration with Romance was Born.

Kee and Jackson are still producing creative works, their artwork and fashions changing and evolving overtime. Their joint mission today is to show future artists and designers they can be successful by maintaining their Australian identity – despite fast fashion and increasing globalisation.

This aptly named exhibition is an experience that must not be missed.

Jenny Kee and Linda Jackson: Step Into Paradise is at the Powerhouse Museum until 22 March 2020