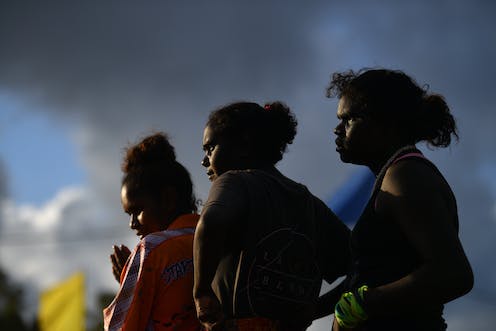 In 2006, an African-American woman, Tarana Burke, started the #MeToo movement on social media, a call for victims of sexual violence and harassment to share their experiences.

Yet, 11 years later, when #MeToo became a global phenomenon after celebrities like Alyssa Milano, Rose McGowan and others shared their own stories of sexual assault and harassment, Burke was left largely unacknowledged.

Women of colour the world over were angry but not surprised. The #MeToo movement is about power imbalance, after all, and women of colour are used to their voices being silenced.

In a forthcoming book on #MeToo and social change, I cite this example to demonstrate how the movement goes beyond violence and harassment for black women.

So for many black women, the #MeToo movement requires a larger discussion about power imbalances in society, the lack of representation of black woman in leadership positions and the denial in mainstream society to accept black bodies.

This is necessary to fully understand why we have never consented to various forms of oppressive power, and why #MeToo is more than just person-to-person abuse.

Indigenous women have been pushing back against oppression and power since colonisation.

This long history also included demonising, sexualising and fetishising black bodies. We were to be controlled or eradicated, but not before the coloniser had their taste of smooth “Black Velvet”.

Black women who have experienced the trauma of sexual violence and harassment know all too well where the seeds of this oppression began. When you are at the hands of someone who exoticises the black body while simultaneously demeaning its worth, you are trapped in a cycle of abuse that began with colonisation and has never left.

In modern-day society, black people continue to be viewed by governments and those in positions of power as disposable commodities. In Australia, this interplay frequently feels similar to an abusive and controlling relationship.

The government has consistently worked to undermine Indigenous people’s experiences through policy constraints and a refusal to recognise our unique culture and knowledge system. And in taking action without consultation, the government denies Indigenous peoples the right of reply and consent.

The recent protests by the DjabWarrung people trying to save sacred trees from being bulldozed to build a road in Victoria illustrates the nature of this relationship.

The DjabWarrung women were not asked how they felt about the government’s action and its cultural impact on their community. They did not give consent.

The lack of representation of black women in high-level positions in government, business and society is also missing in this conversation. Black women are rarely shown to be leading.

In 2017, the cover story in Business Chicks magazine featured various women working to tackle discrimination in Australia, including journalist Tracey Spicer. Spicer had just started the NOW campaign aimed at ending sexual harassment in the workplace – an Australian response to the #MeToo movement.

But the cover came under fire for its lack of diversity. No women of colour were represented as being on the front line in the battle against oppression.

If the representations we see of black women in Australia only focus on disadvantage and deficit – not success and excellence – how do we expect stereotypes to change? How do we shift the power imbalance?

As an Indigenous woman who has written specifically on leadership, I can attest that many black women are already acting behind the scenes in leadership roles.

The announcement of the Uluru Statement from the Heart, for instance, was undertaken by two Indigenous women, Pat Anderson and Megan Davis, who have fiercely campaigned to achieve constitutional recognition of Indigenous Australians.

Responses from black women to #MeToo in both Australia and the US have demanded a deeper interrogation into the power dynamics and entrenched racial stereotypes that have contributed to this culture of sexual violence and harassment.

In Australia, there are numerous examples of this pushback occurring. In 2018, South African comedian Trevor Noah faced criticism after a YouTube clip surfaced of him saying he’d “never seen a beautiful Aborigine” and making sexual jokes about the didgeridoo.

Outraged Indigenous women said that as a man of colour himself, Noah should be familiar with how the black body is viewed by society. Academic Chelsea Bond and commentator Angelina Hurley, hosts of the radio show Wild Black Women, interviewed Noah and explained why the joke was inappropriate.

In this country, white men have long joked about their entitlements upon sexual violence towards Aboriginal women … There’s really offensive terms that are still used in this country that Aboriginal women are not necessarily desirable or attractive, but they are good for something else and that is all.

The ways in which Indigenous women called out this behaviour are important to the broader conversations around #MeToo. For Aboriginal and Torres Strait Islander women, our fight goes deeper into the roots of colonial power to which we have never consented.