Anthony Albanese’s “Jobs and the Future of Work” speech delivered on Tuesday was, in some ways, a beacon in a dark landscape short on policy ambition. It illuminates the right issues. Technological change and artificial intelligence. The potential for smart manufacturing and domestic economic development. New directions for Australia’s resource sector. A clean energy economy. But the torch shines unevenly.

As an agenda-setting speech coming early in the new electoral cycle, it is weak on ideas, facts and proposals. It spins on about technology and innovation, a hollow chant reminiscent of former prime minister Malcolm Turnbull’s mantra “jobs and growth, jobs and growth”. Maybe Labor is keeping its powder dry. Or it has been scarred and silenced by its election loss, blamed by some on a big target, policy-heavy campaign.

The “vision statement” nevertheless opens impressively by looking at clean energy technology and the Australian possibilities for a new manufacturing boom in a decarbonising world. About the Morrison government, Albanese says its policy settings barely acknowledge climate change, yet “in the century before us, the nations that will transform into manufacturing powerhouses are those that can harness the cheapest renewable energy resources”. 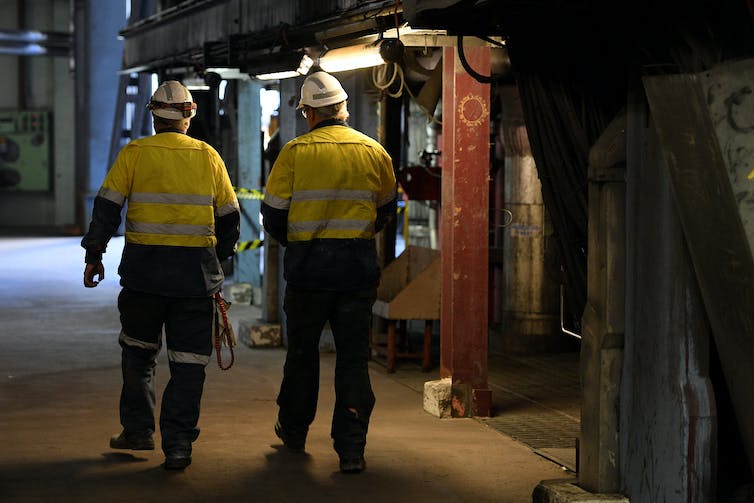 Albanese pumps up the potential for Australia’s cheap wind, wave and solar power to grow domestic manufacturing jobs and energy-intensive industries. He sings about clean energy jobs based around mineral resources such as lithium.

And as another round of state and federal parliamentary inquiries probe the feasibility of nuclear power in Australia, Albanese slams the door on this tired debate, declaring: “we don’t need nuclear power when every day we can harness the power (of the sun)”.

Read more: Coal miners and urban greenies have one thing in common, and Labor must use it

But for all its talk of the need to “innovate, adapt and adjust”, the speech is blind to the harder questions of decarbonisation. On this issue, Albanese tried to walk both sides of the highway by wandering down the middle.

Australia is a major domestic producer of greenhouse gas emissions, making it about the world’s 14th biggest emitter. In recent years our domestic emissions have risen, largely thanks to fugitive emissions released as we extract increasing volumes of coal and natural gas for export. 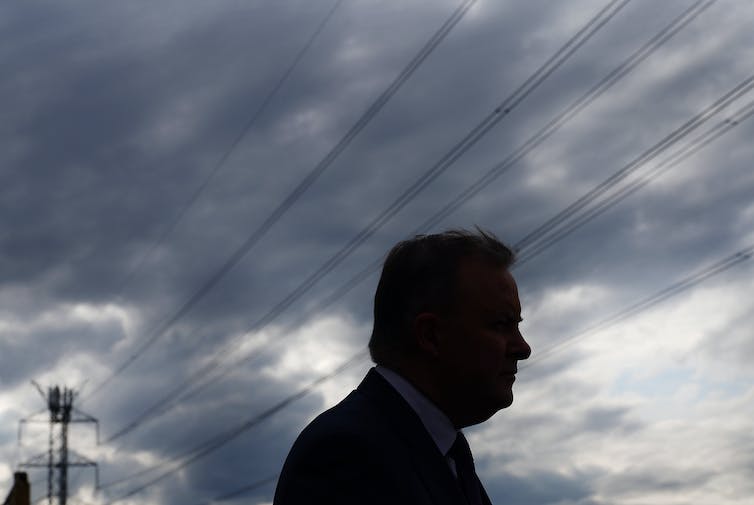 While bickering about domestic emissions targets, neither Labor nor the Coalition have tackled Australia’s parallel carbon economy - our growing exported contribution to global warming. It’s a big, dirty, lucrative, open secret. It involves jobs in marginal seats. It can determine the fate of governments.

And so Albanese’s vision statement, while extolling the virtues of a hydrogen export sector, also pumps up our fossil fuel trade. He nods at jobs from liquified natural gas exports from northern Australia, and at how traditional industries might benefit from a low-carbon future, such as by providing metallurgical coal to produce wind turbines. (Metallurgical coal is used in steel production. But environmental advocates argue Australia’s continued expansion of these exports is preventing the global uptake of cleaner steel-making alternatives). 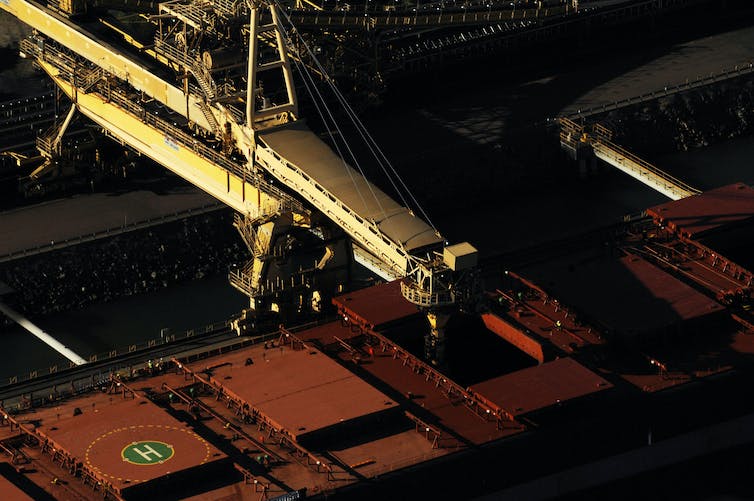 Coal being loaded onto ships at a Newcastle port. AAP

One wonders who his intended audience is. Labor fools no-one by supporting both a clean energy revolution and a business-as-usual future for fossil fuels. It’s akin to the party’s evasive and self-harming position on Adani, which left workers in regional Queensland feeling patronised, dispensable, anxious, hostile and disaffected — and the growing majority of Australians who are deeply concerned about climate change, furious.

Those who have been following the climate issue closely – resource sector workers, unionists, parents, children and activists alike – know what is required now are tough but fair policies, and a strong commitment to future jobs that are not dependent on the whims of export markets in a decarbonising world, or on policy shocks at home when weak emissions targets suddenly have to be toughened dramatically. 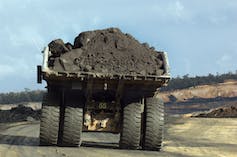 A truck hauling coal at a West Australian mine. Wesfarmers

To achieve the goals of the Paris Agreement — to hold global average warming to well below 2℃ and as close as possible to 1.5℃ — requires “negative emissions” - removing existing carbon dioxide from the atmosphere. To propose a low-carbon future with continued fossil fuel exports is fakery in the extreme.

Many researchers and others, here and overseas, are working with regional communities on ways to generate investment and enduring jobs, enabling a rapid transition from economic dependence on coal and gas. It is slow and sometimes hard work. In this vision statement, Labor fails to recognise the need for a concerted, innovative national program along these lines. It is here that fresh policy is needed, and trust and consensus must be built, carefully, over the coming years.