The “New Bradfield” scheme is more than an attempt to transcend environmental reality. It seeks to revive a pioneering spirit and a nation-building ethos supposedly stifled by the bureaucratic inertia of modern Australia.

This is not a new lament. Frustrated by bureaucracy, politicians in North Queensland have long criticised the slow pace of northern development.

… these young people lack the pioneering spirit of their forebears, preferring leisure and pleasure to hardships and hard work.

These sentiments were inspired by an agrarian nostalgia that extolled toil and toughness. Stoic responses to the challenges of life on the land are part of the Australian legend.

With drought devastating rural and urban communities and a state election looming in Queensland in 2020, both sides of politics have proposed a “New Bradfield” scheme.

An idea with 19th-century origins

Civil engineer John Bradfield devised the original scheme in 1938. His plan would swamp inland Australia by reversing the flow of North Queensland’s rivers. Similar proposals go back to at least 1887, when geographer E.A. Leonard recommended the Herbert, Tully, Johnstone and Barron rivers be turned around to irrigate Australia’s “dead heart”. 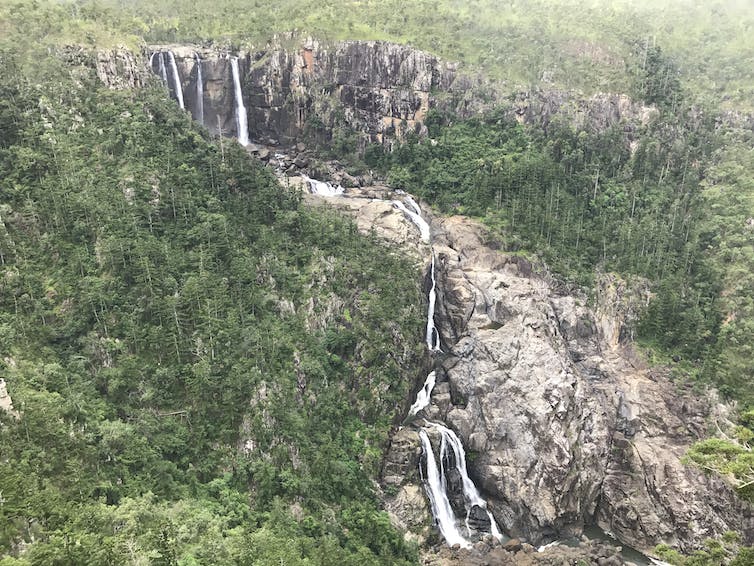 Blencoe Falls, on a tributary of the Herbert River, North Queensland, during the dry season. Patrick White, Author provided

As the “dead heart” became the “Red Centre” in the 1930s, populist writers revived the dreams of big irrigation schemes.

These schemes have always been contested on both environmental and economic grounds. A compelling history of Bradfield’s proposal reveals many errors and miscalculations. But what the scheme lacked in substance it made up for in grandiose vision.

Water dreaming has been a powerful theme in Australian history. The desire to transform desert into farmland retains appeal and discredited schemes like Bradfield keep reappearing.

Read more: The keys to unlock Northern Australia have already been cut

Contempt for nature and country

While less ambitious than the original plan, the “New Bradfield” scheme still engineers against the gradient of both history and nature. It would have irreversible consequences for Queensland’s environment, society and culture.

What’s more, the new scheme manifests much the same mindset as the old.

It’s an attitude that privileges the conquest of nature: in this case literally up-ending geography by turning east-flowing rivers westward. Its celebration of the human struggle against defiant nature reprises the pioneering ethos.

Like many pioneers, “New Bradfield” proposals disregard the interests and land-management practices of Indigenous people. The bushfires ravaging the eastern states show the folly of ignoring traditional ways of caring for country .

Read more: Remote Indigenous Australia's ecological economies give us something to build on

“New Bradfield” is promoted as “an asset owned by all Queenslanders for all Queenslanders”. But environmental destruction and disputes over water sales in the Murray-Darling Basin sound a warning.

The Queensland Farmers Federation has cautiously welcomed the new scheme. Others have dismissed it as a “pipe dream”.

Thus, northern Australia again sits amid a polarised debate about its utility to the nation. Such polarising contests diminish the likelihood of more viable projects being implemented.

Extravagant expectations of “untapped” northern resources have been proffered for nearly two centuries. Distant governments have fantasised the Australian tropics as a land of near-limitless potential. Northern communities have many times been disappointed by the results.

Read more: We can’t drought-proof Australia, and trying is a fool's errand

Dam developments have an underwhelming record

The “New Bradfield” rhetoric echoes the inflated expectations of myriad disappointing northern development plans in the past. The Ord River project was touted as an agricultural wonder that would put hundreds of thousands of farmers into the Kimberley. Its success lies forever just over the horizon.

Much closer to the present proposal is the Burdekin Falls Dam. It sits in the lower reaches of the same river earmarked for the Hells Gates Dam that would feed the “New Bradfield” scheme. Damming Hells Gates has been advocated since at least the 1930s and has new supporters. 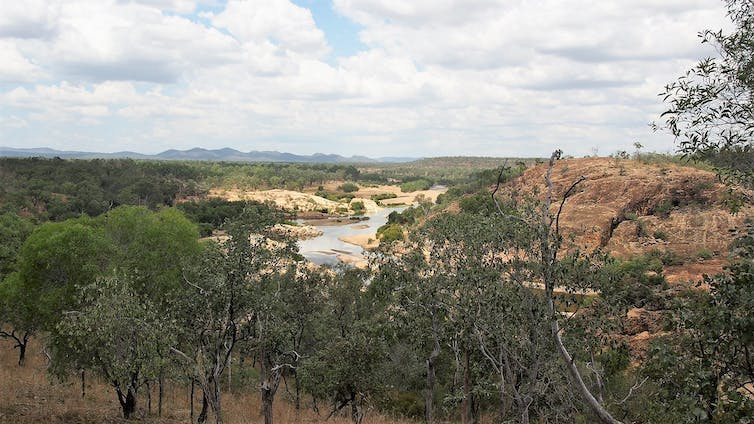 Back in the 1950s, damming the Burdekin was expected to generate hydro-electric power and irrigate vast swathes of farmland. After decades of political squabbling, the dam was completed in 1988. It does not generate hydro power. Although it irrigates some land downstream, the anticipated huge agricultural expansion never happened.

The Burdekin Falls Dam has helped the regional economy and could help to overcome the water shortages of the nearby city of Townsville. But it has not met the inflated expectations widely proffered decades earlier. The benefits that would flow from another dam further upstream are likely to be even more meagre.

Grandiose visions of northern development have a habit of failing. A “New Bradfield” scheme, animated by an old pioneering ethos, is unlikely to be different.

Drought-affected communities would derive more benefit from sober proposals that acknowledge the past, integrate Indigenous knowledge and incorporate agricultural innovation.