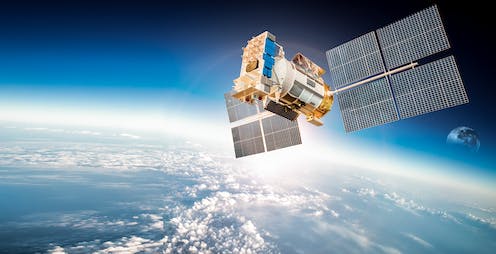 Achieving the large-scale cuts in greenhouse gas emissions that will be needed will require the development and adoption of new technologies at a rate not seen since the information technology revolution.

Which presents a fairly obvious idea. Why not do what we did in the information technology revolution?

There’s no mystery about what that was.

The IT revolution was sparked by the work of the US defence department and associated agencies in three related fields: semiconductors, computer hardware, and computer software.

More recently it has spawned the system of GPS global positioning satellites that can give us a readout on our locations wherever we are.

Read more: Australia could fall apart under climate change. But there's a way to avoid it

The lessons from how the US military industrial complex transformed information technology throughout the world can tell us a lot – but not everything – about what might succeed in stalling climate change.

It did it by spending a huge amount on research and development in its own right (as much as 80% of all government R&D spending during the late 1950s) and acting as a “lead customer,” for early and often very costly versions of technologies developed by private firms, enabling them to improve their innovations over time.

Seeds sown during the cold war

The improvements reduced costs and enhanced reliability, facilitating their penetration into civilian markets.

The US made the money available because of the cold war. Universities were also harnessed for the task, training the scientists and engineers who later assumed key leadership roles in emerging R&D enterprises.

As well, similarities in the technologies and operating environments of early military and civilian versions of new information technology products meant civilian markets for many of them expanded rapidly.

The defence programs also had a “pro-competition” bias.

New firms played important roles as suppliers of innovations such as integrated circuits, and – in a series of largely coincidental developments – the rigorous enforcement of US antitrust laws meant potentially dominant firms as IBM or AT&T found it hard to impede others.

As a result, intra-industry diffusion of technical knowledge occurred rapidly, complementing high levels of labour mobility within the emerging sector.

The very success of these military research and development programs in spawning vibrant industries means defence markets now account for a much smaller share of the demand for IT products than they did at the time.

Climate change is different from post-war research and development in that it is as much an issue of technological substitution as development.

The urgency of the challenge will require the blending of support for the development of new technological solutions with support for the accelerated adoption of existing solutions, such as replacing coal-fired electricity generation with renewable generation.

Read more: To feed the world in 2050 we need to build the plants that evolution didn't

The geographic and technological breadth of the responses needed to limit climate change also dwarf that faced by the US defence establishment during the Cold War.

Also different is the fact that the prospective users of new technologies are by and large not the funders or developers of it. When US defence-related agencies acted as “venture capitalists,” beginning in the 1950s, they were focused primarily on supporting their own needs.

…but there are lessons we can learn

There are some things the diffusion of defence-related information technology can tell us.

One is the importance of rapid adoption.

Much of the large-scale investment in technology improvement and deployment will be the responsibility of private firms. They will require policies that create supportive, credible signals that their innovations will have a market – policies such as carbon taxes.

Another is that what’s needed is a program of research and development that spans an array of institutions throughout the developing and industrial economies.

Yet another is the importance of policies that encourage competition and co-operation among innovators rather than patent wars.

The success of the US military industrial complex in creating one revolution provides pointers to (but not a complete guide to) the next.

Emeritus Professor David C. Mowery will be presening the Tom Spurling Oration at Swinburne University on Wednesday 27 November at 5.45pm.