Almost 200 world leaders gather in Madrid this week for climate talks which will largely determine the success of the Paris agreement, and by extension, the extent to which the planet will suffer under climate change.

Negotiations at the so-called COP25 will focus on finalising details of the Paris Agreement. Nations will haggle over how bold emissions reductions will be, and how to measure and achieve them.

Much is riding on a successful outcome in Madrid. The challenge is to get nations further along the road to the strong climate goals, without any major diplomatic rifts or a collapse in talks.

What COP25 is about

COP25 is a shorthand name for the 25th meeting of the Conference of Parties to the UN Framework Convention on Climate Change (or the nations signed up to the Paris agreement).

After Paris was signed in 2015, nations were given five years in which to set out bolder climate action. Current targets expire in 2020. At next year’s November COP in Glasgow, nations will be asked to formally commit to higher targets. If Madrid does not successfully lay the groundwork for this, the Glasgow talks are likely to fail.

The United Nations says the world must reduce overall emissions by 7.6% every year over the next decade to have a high chance of staying under 1.5℃ warming this century.

The 1.5℃ limit is at the upper end of the Paris goal; warming beyond this is likely to lead to catastrophic impacts, including near-total destruction of the Great Barrier Reef.

Presently, emissions reduction targets of nations signed up to Paris put Earth on track for a 3.2℃ increase. 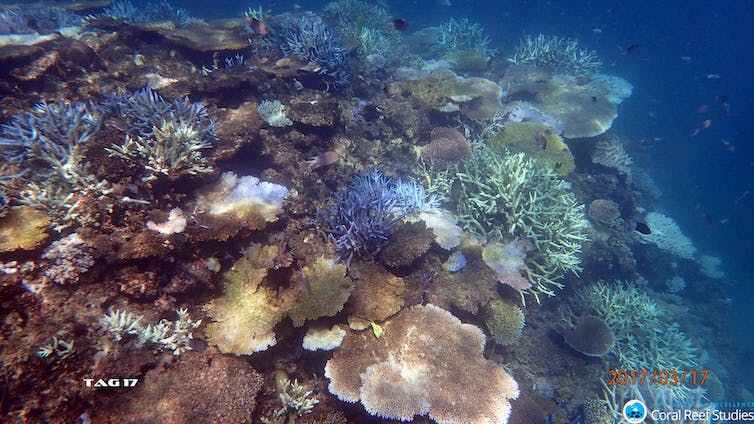 Coral bleaching will devastate the Great Barrier Reef if climate change is not curbed. KERRYN BELL

Parties will debate the mechanism in the Paris agreement allowing emissions trading between nations, and via the private sector.

Such mechanisms could lower the global cost of climate mitigation, because emissions reduction in some nations is cheaper than in others. But there are concerns the trading regime may lack transparency and accountability.

Among the risks are that emissions cuts are “double counted” - meaning both the buying and selling nation count the cuts towards their targets, undermining the aims of the agreement.

Fossil fuel burning in the developing world is largely responsible for the carbon dioxide that drives global warming. Developing nations are particularly vulnerable to the loss and damage caused by climate change.

Parties will discuss whether an international mechanism designed to assess and compensate for such damage is effective.

Developing nations are expected to contribute to the Green Climate Fund to help poorer nations cope with and mitigate climate change. Some 27 nations contributed US$9.78 billion in the last funding round.

Some nations have indicated they will not contribute further, including Australia, which says it already helps Pacific nations through its overseas aid program. 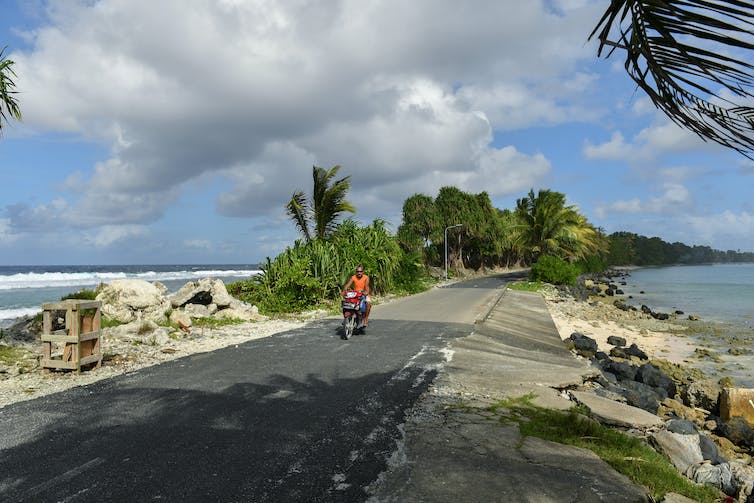 Nations opposed to adopting stronger emissions reduction targets often argue the costs of decarbonising energy sectors, and economies as a whole, are too high.

However, recent cost benefit analysis has found not taking action on climate change will be expensive in the long run.

Realisation is also growing that the cost of emissions reduction activities has been overestimated in the past. In Australia, prominent economist Ross Garnaut recently said huge falls in the cost of equipment for solar and wind energy has created massive economic opportunity, such as future manufacturing of zero-emission iron and aluminium.

The shift in the cost-balance means nations with low ambition will find it difficult to argue against climate mitigation on cost grounds. 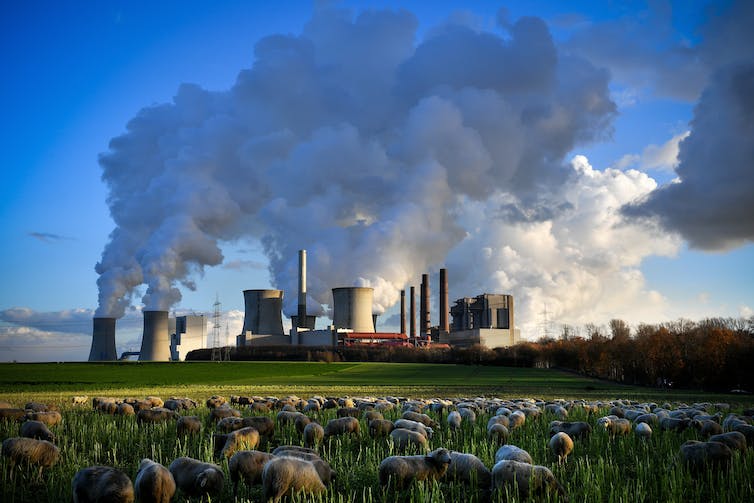 A coal-fired power plant in Germany. Developing nations emit most CO2 in the atmosphere. SASCHA STEINBACH/EPA

At the Paris talks, Australia pledged emissions reduction of 26-28% by 2030, based on 2005 levels. The Morrison government has indicated it will not ramp up the goal.

About 68 nations said before COP25 they will set bolder emissions reduction targets, including Fiji, South Africa and New Zealand. This group is expected to exert pressure on laggard nations.

This pressure has already begun: France has reportedly insisted that a planned free trade deal between Australia and the European Union must include “highly ambitious” action on climate change.

The Climate Action Tracker says Australia is not contributing its fair share towards the global 1.5℃ commitment. Australia is also ranked among the worst performing G20 nations on climate action.

The Madrid conference takes place amid high public concern over climate change. Thousands of Australians took part in September’s climate strikes and the environment has reportedly surpassed healthcare, cost of living and the economy as the top public concern.

Climate change has already arrived in the form of more extreme weather and bushfires, water stress, sea level rise and more. These effects are a small taste of what is to come if negotiations in Madrid fail to deliver.