Australia is a land that has known fire. Our diverse plant and animal species have become accustomed to life with fire, and in fact some require it to procreate.

But in recent decades the pattern of fires – also known as the fire regime – is changing. Individual fires are increasingly hotter, more frequent, happening earlier in the season and covering larger areas with a uniform intensity. And these changes to the fire regime are occurring too fast for our native flora and fauna to adapt and survive.

Our fire-adapted plants are suffering

Many of Australia’s iconic eucalypts are “shade intolerant” species that adapted to exist within a relatively harsh fire regime. These species thrive just after a major fire has cleared away the overstory and prepared an ash bed for their seeds to germinate.

Some of our most majestic trees, like the alpine ash, can only regenerate from seed. Those seeds germinate only on bare earth, where the leaf litter and shrubs have been burnt away.

But if fire is so frequent the trees haven’t matured enough to produce seed, or so intense it destroys the seeds present in the canopy and the ground, then even these fire-adapted species can fail.

The current fires are re-burning some forests that were burnt only a decade ago. Those regenerating trees are too young to survive, but also too young to have started developing seed.

With the disappearance of these tree species, other plants will fill the gap. Acacias (wattles) are potential successors as they mature much earlier than alpine ash. Our tall, majestic forests could easily turn into shrubby bushland with more frequent fires. 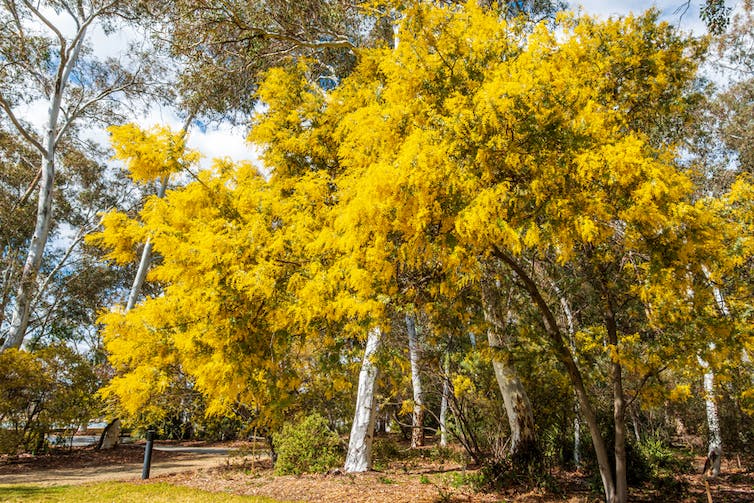 Wattles mature early and could take over Eucalypts. from www.shutterstock.com

Even within a burnt area, there are usually some unburnt patches, which are highly valuable for many types of plants and animals. These patches include gullies and depressions, but sometimes are just lucky coincidences of the terrain and weather. The patches act as reserves of “seed trees” to provide regeneration opportunities.

Recent fires, burning in hotter and drier conditions, are tending to be severe over large areas with fewer unburnt patches. Without these patches, there are no trees in the fire zone to spread seeds for regeneration.

Eucalypt seed is small and without wings or other mechanisms to help the wind disperse it. Birds don’t generally disperse these seeds either. Eucalypt seed thus only falls within 100 - 200 metres of the parent tree. It may take many decades for trees to recolonise a large burnt area.

That means wind-blown or bird-dispersed seeds from other species may fully colonise the burnt area well before the Eucalypts. Unfortunately many of these windblown seeds will be weed species, such as African Love Grass, which may then cover the bare earth and exclude successful Eucalypt regeneration while potentially making fires even hotter and more frequent.

Animals have fewer places to hide

Young animals are significantly more vulnerable to disturbances such as fire than mature individuals. So the best time to give birth is a season when fire is rare.

Spring in the southern zones of Australia has, in the past, been wetter and largely free from highly destructive fires. Both flora and fauna species thus time their reproduction for this period. But as fire seasons lengthen and begin earlier in the year, vulnerable nestlings and babies die where they shelter or starve as the fires burn the fruits and seeds they eat.

Australian fauna have developed behaviours that help them survive fire, including moving towards gullies and depressions, climbing higher, or occupying hollows and burrows (even if not their own) when they sense fire. 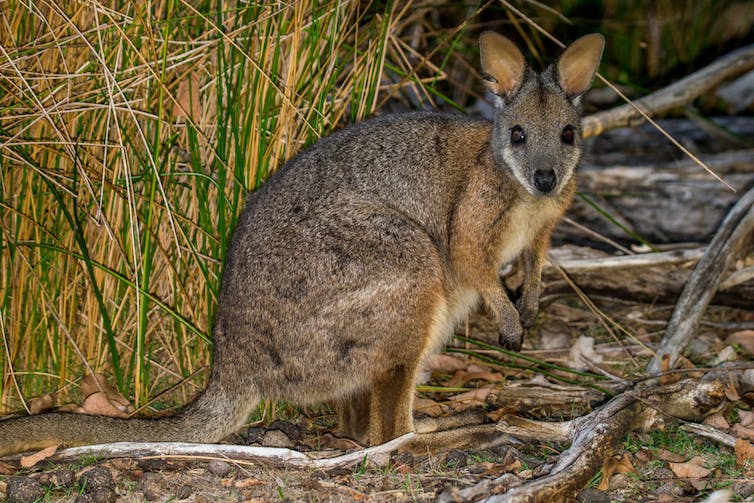 Many native animals have learnt to sense fire and take cover, but with greater areas burning, there are fewer places to hide. from www.shutterstock.com

But even these behaviours will fail if those refuges are uncharacteristically burning under hotter and drier conditions. Rainforest, marshes and the banks of watercourses were once safe refuges against fire, but we have seen these all burn in recent fires.

All aspects of fire regimes in Australia are clearly changing as a result of our heating and drying climate. But humans can have a deliberate effect, and have done so in the past.

Indigenous burning created a patchwork of burnt areas and impacted on the magnitude and frequency of fires over the landscape. These regular burns kept the understory under control, while the moderate intensity and patchiness allowed larger trees to survive.

There have been repeated calls of late to reintroduce Indigenous burning practices in Australia. But this would be difficult over vast areas. It requires knowledgeable individuals to regularly walk through each forest to understand the forest dynamics at a very fine scale.

More importantly, our landscapes are now filled with dry fuel, and shrubs that act as “ladders” - quickly sending any fire into tree canopies to cause very destructive crown fires. Given these high fuel conditions along with their potentially dangerous distribution, there may be relatively few safe areas to reintroduce Indigenous burning.

The changed fire conditions still require active management of forests, with trained professionals on the ground. Refuges could be developed throughout forests to provide places where animals can shelter and from which trees can recolonise. Such refuges could be reintroduced by reducing forest biomass (or fuel) using small fires where feasible or by mechanical means. 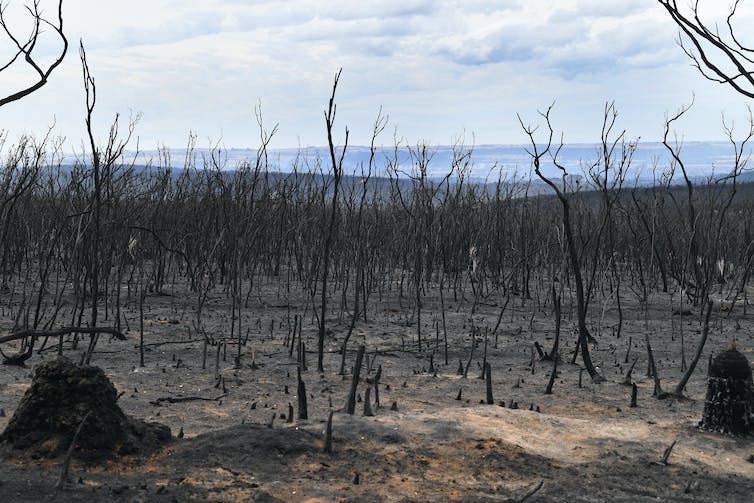 Biomass collected by machines could be used to produce biochar or other useful products. Biochar could even be used to improve the soil damaged by the fires and excess ash.

Midstory species could be cut down to prevent the development of fire ladders to tree crowns. Even the overstory could be thinned to minimise the potential for crown fires. Seed could also be collected from thinned trees to provide an off-site bank as ecological insurance.

Such active management will not be cheap. But using machinery rather than fire could control biomass quantity and distribution in a much more precise way: leaving some biomass on the ground as habitat for insects and reptiles, and removing other patches to create safer refuges from the fires that will continue to come.