This week’s ABC’s Four Corners exposed an elite Melbourne school for failing to adequately respond to the grooming of a student by a former athletics coach, who is now a convicted offender.

Those complaints involved an allegation of sexual harassment and concerns raised by staff members about potential grooming and inappropriate behaviour towards boys by two male teachers.

Findings from the Royal Commission into Institutional Responses to Child Sexual Abuse identified abuse has generally occurred in instances when:

So, what are schools required to do if they suspect grooming, or if suspicions are raised?

Grooming is typically considered to be the deliberate action of an adult to befriend a child and establish an emotional connection with him or her. It often (but not always) precedes abuse.

The perpetrator uses grooming behaviours to build a child’s trust and create opportunities to perpetrate abuse.

Grooming encompasses a wide range of tactics, which can include giving the child extra attention or touching them in a non-sexual way, which, over time escalates into intimate behaviours.

Once abuse starts, grooming may be used to maintain, control and conceal the abusive behaviour.

Many perpetrators are now using e-grooming – grooming in an online environment – as another tactic to initiate abuse.

During the royal commission, survivors of school-based sexual abuse provided accounts of their experience. They said they had been singled out by the abuser with rewards, attention and favouritism.

While children of any age, gender or background can be victims of grooming, children who experience discrimination, isolation and racism are among those most targeted due to their social vulnerability.

The nature of school environments provides regular interactions between students and staff, as well as authority of staff over children. This can facilitate grooming and create opportunities for abuse. The term “institutional grooming” describes the perpetrator using a position of trust to gain access to a child and avoid detection. 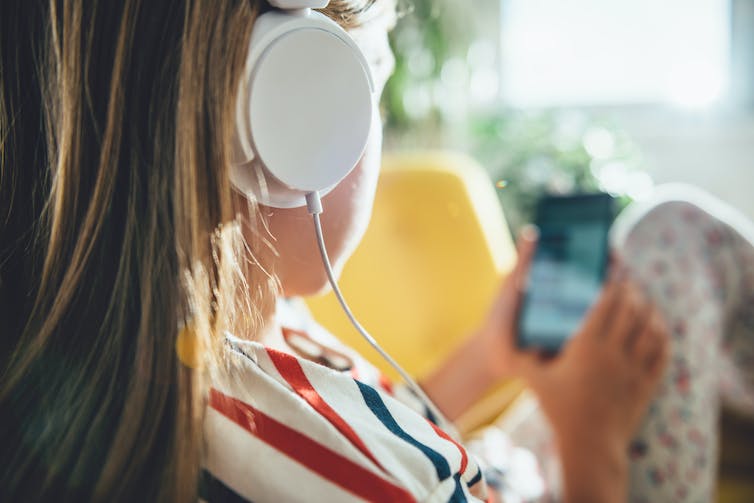 Perpetrators of grooming can use online and offline methods to reach their victims. Shutterstock

The perpetrator may also groom significant others (such as parents, carers or teachers of the child) to build their trust and create further opportunities for abuse.

Children’s behaviour may be a signal they are being groomed. This could include a change in the child’s manner that is out of character. While not telltale signs, indicators can include:

What can parents do if they suspect grooming?

When parents suspect grooming, they should direct their concerns to the school, no matter how trivial it may seem. Often, only after abuse is disclosed, a process of joining the dots uncovers a history of unreported concerns that, in isolation, did not appear to be serious, but together indicated harm.

Of course parents can report directly to police if they believe a crime has been committed. Reluctance to raise concerns is often linked to fear of being wrong.

Secrecy is a powerful tool used by perpetrators to groom children, perpetrate abuse and avoid detection. The best line of defence is open communication and dialogue with children about appropriate and inappropriate behaviours.

This creates a safe environment for young people to initiate conversations about issues thare are worrying them. It can enable them to disclose or alert parents to concerning behaviour – whether they notice it in adults or children. Research shows young people most often disclose abuse first to a parent or peer.

Open dialogue between parents and schools is also essential. Parents should be informed of the school’s child protection policies and protocols. They have the right to ask the school what strategies they have in place to keep their children safe.

If parents have reported suspicions to the school but feel like they have not been heard, they are advised to raise their concerns with police.

What should schools do to protect children?

Teachers (like parents) should raise all concerns or disclosures to the school leadership, regardless of how trivial they appear or how respected the teacher involved is.

The Australian Human Rights Commission’s National Principles for Child Safe Organisations were developed in response to recommendations handed down during the royal commission. These principles – which have been endorsed by all governments – provide guidance on how schools can help ensure children’s safety.

Under the principles, schools leaders should develop child safety policies and procedures, ensure they are transparent and widely communicated (including with parents) and consistently enforced. This includes guidelines for reporting, responding to complaints and supporting students.

Some of these actions) include:

Schools must equip teachers with the knowledge and skills to identify concerns, talk to children about safety (including providing support and reassurance, and raise concerns with school leadership or other authorities where necessary.

Mandatory reporting laws typically require teachers (and other occupations) to report their concerns where it is suspected, on reasonable grounds, that a child has or is being abused. But these these laws, and threshold assessments, differ across jurisdictions.

All schools, however, should have child safety policies in place to guide their responses to concerns that don’t meet this threshold, but that still warrant monitoring or follow-up at a local level, as a form of early intervention.

School leaders must empower students, parents and teachers to raise concerns without fear of reprisals. Without strong leadership, grooming and other behaviours may go unreported, be ignored or dismissed.

Any failings of school leadership should be investigated and addressed by education boards or regulators.