The coronavirus outbreak (COVID-19) has now reached more than 80,000 recorded cases, largely concentrated in China, with a death toll over 2,700 and rising.

There are few signs the epidemic is abating. In fact, new cases have emerged in a host of European countries in recent days, while significant outbreaks have continued to grow in number in South Korea, Italy and Iran.

For the global tourism industry, the impact of the outbreak is likely to be severe. Many countries, including Australia and the US, are continuing their bans or severe restrictions on arrivals from China, which is having massive repercussions.

China accounts for one in 10 of the world’s international tourists, or about 150 million people per year. And Chinese tourists spent US$277 billion in outbound tourism in 2018, the highest in the world and nearly double the amount spent by American tourists at number two.

Many governments, including Australia and the US, have also had “do not travel” warnings in effect for China for weeks – the highest warning level possible.

Australia is also now advising travellers to take a high degree of caution when visiting other countries with outbreaks, including South Korea, Japan, Thailand and Hong Kong, and is advising people to reconsider travel to Iran. The warnings are updated frequently, so it’s best to check the Smart Traveller website before making plans.

The last significant disruption to global tourism on this scale occurred after the September 11 terror attacks, when a widespread fear of flying led to a major four-to-five-month decline in global aviation travel.

But despite the fears over coronavirus, travel is still generally safe at the moment provided you get the right advice and take sensible precautions. 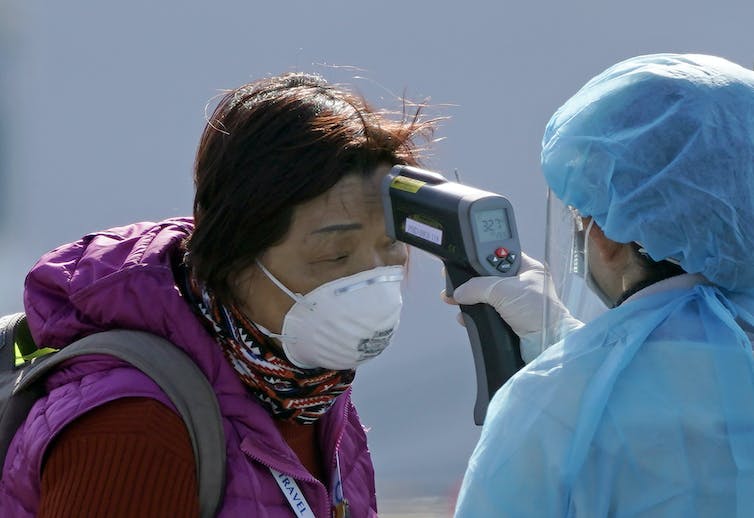 A passenger gets her temperature taken after disembarking the Diamond Princess cruise ship. FRANCK ROBICHON/EPA

Is cruising still safe, and if so, where?

The recent quarantining of the Diamond Princess (Japan), the World Dream (Hong Kong) and the Westerdam (Cambodia) has raised concerns about the safety of cruising during the epidemic.

While the crisis is unprecedented in scale for the cruise sector, ship operators have extensive experience in dealing with the challenge of containing disease outbreaks. In fact, along with aviation, the cruising industry has the strictest health and safety controls of any tourism industry sector.

Read more: Memories overboard! What the law says about claiming compensation for a holiday gone wrong

The International Maritime Organisation has had a convention in place since 1914 known as SOLAS (Safety of Life at Sea), and updated versions now include a range of protocols for the cleaning of cabins and public areas of a ship and food hygiene.

It is standard practice in cruising to isolate passengers when a passenger is identified with an on-board illness. The difficulty with COVID-19 is that it may take up to 14 days and in some cases even longer for symptoms to develop after exposure. 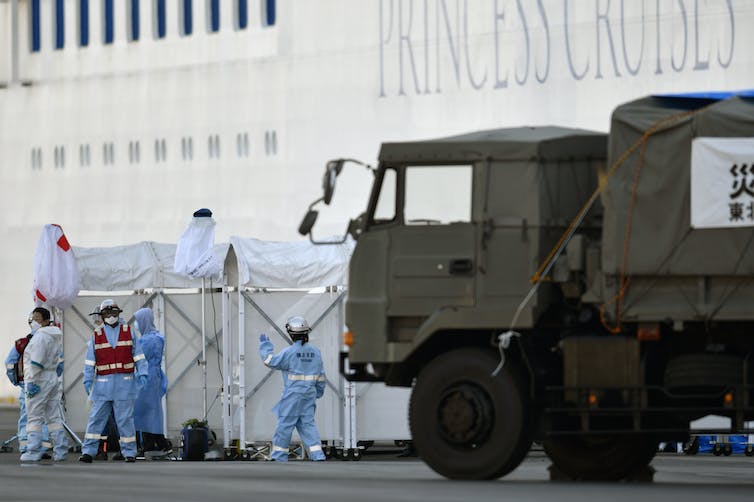 According to my contacts in Cruise Lines International Association, the industry’s global association representing over 90% of cruise ship operators, members are now developing a common approach to respond to the outbreak.

This involves informing passengers and training travel agencies about the measures that companies are taking to minimise risk and exposure to the virus. One measure being examined, for instance, is enhanced passenger reporting of medical vulnerabilities at the time of booking. This a top priority for CLIA.

Read more: We depend so much more on Chinese travellers now. That makes the impact of this coronavirus novel

But the good news is that apart from the three quarantined ships in Asia, no evidence of COVID-19 has been found on cruise liners thus far.

The global cruise industry also has a relatively small exposure to China, which should counter some concerns about the safety of cruising. According to CLIA, all of Asia accounted for just 10% of the world’s cruise deployments and about 15% of the world’s 30 million passengers in 2019.

About half of the world’s cruising passengers are from North America (mainly the US). Nearly a third of global cruising takes place in the Caribbean and 28% in the Mediterranean and the rest of Europe. (However, the new coronavirus outbreak in Italy is becoming a more serious concern for cruise operators there.)

Will you be covered for cancellations?

Many travellers are also concerned about the travel insurance implications of the COVID-19 outbreak.

According to CHOICE, the Australian consumer advocacy agency, less than half the travel insurers cover cancellation as a result of a pandemic or epidemic.

However, travellers who booked their trips prior to the announcement of the epidemic (what is called a “known event”) should be able to obtain cancellation coverage.

Allianz, for instance, says the virus became a known event on January 22 for travel to China. Cover More Travel Insurance, which issues over 80% of travel insurance policies in Australia, is using the date of January 23 for its policies.

However, travellers who booked and paid after the “known event” announcement may find themselves out of luck. 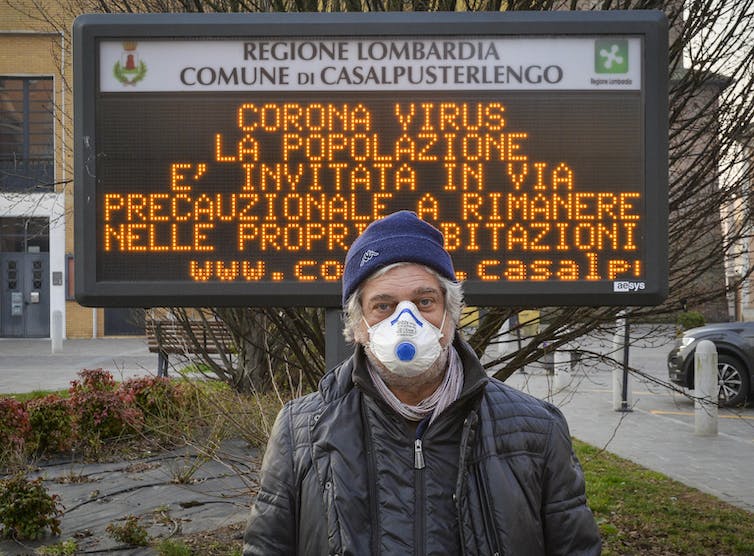 A man in Casalpusterlengo, one the Italian towns under lockdown due to the coronavirus outbreak. Andrea Fasani/EPA

Insurers also have different exclusions when it comes to epidemics. For instance, most (but not all) insurers will deny any coverage to travellers who visit a country their national government advises citizens not to visit, such as China at the moment for Australians.

However, some policies (especially those for corporate and government travellers) will offer coverage at a premium price for any loss not related to COVID-19 or standard travel insurance exclusions, such as injuries incurred while intoxicated.

Bottom line, travellers should research their travel insurance cover very carefully or seek professional advice to understand the full implications of the virus on their plans.