As the World Health Organisation keeps reminding health officials around the world, in order to get COVID-19 under control, we must “test, test, test”.

Along with tracing contacts of cases, travel bans and social distancing, testing is one of the four key planks in our pandemic response to SARS-CoV2, the virus that causes COVID-19.

Widespread testing has been the key to reducing transmission in South Korea, which was able to use only limited lockdowns because it tested at a mass scale.

Read more: Coronavirus: South Korea’s success in controlling disease is due to its acceptance of surveillance

Both South Korea and Japan tested people at high risk who didn’t have symptoms. On the Diamond Princess ship, for example, which was quarantined for two weeks in the port of Yokohama, Japanese testers found 634 people were infected and of these, 328 had no symptoms.

In the United States, asymptomatic spread has likely driven the silent growth of an epidemic that was only realised when the health system began overloading. We’ve seen the same in Italy and Spain, which also restrict testing.

Australia’s federal government has expanded the testing criteria beyond just returned travellers and those with close contact with an infected person.

But testing remains restricted to people with symptoms and doesn’t go far enough. Like South Korea, we should also be testing people without symptoms who are in high risk groups, such as close contacts, evacuees from cruise ships, and health workers who request a test.

How do we test for coronavirus?

There are two kinds of laboratory tests. One is a PCR (polymerase chain reaction) test, which detects fragments of the virus RNA in the sputum (phlegm), throat, nose or other body fluid.

The other is a blood test for antibodies to the virus. This can identify people who have been exposed to the virus and produced antibodies, whose swab may be negative.

Currently only PCR tests are widely available, but blood tests (serology) should be available soon. 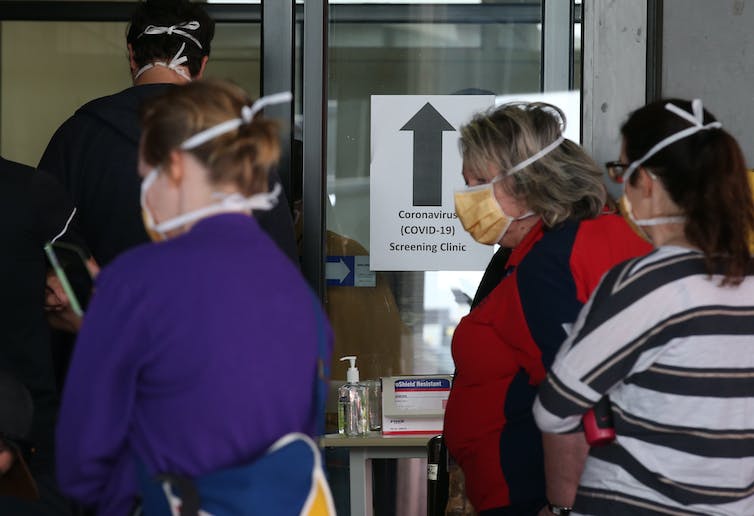 PCR tests have some shortcomings. Throat swabs in particular can give you a false negative, so it may be necessary to repeat the test in someone who seems to have COVID-19. A nasal swab or sputum (phleghm) specimen is more likely to be positive in an infected person.

The PCR tests will only be transiently positive, while the serology remains positive once you have been infected. Blood tests are less likely to miss infected people, including children and young people. However, a blood test doesn’t tell you if someone is infectious at that time. PCR and serology can be used together for optimal results.

Read more: COVID-19 tests: how they work and what's in development

Rapid, point-of-care tests which use a swab and have results available in 45 minutes are especially useful in outbreaks in closed settings such as aged care facilities or prisons. These aren’t yet available in Australia.

The government has ordered 1.5 million rapid tests which use blood. But it takes five days for a patient to develop antibodies and become positive to that kind of test. Only a PCR-based test can give an early diagnosis.

Chest CT scans were also used in China for rapid diagnosis because of the problem with PCR being negative.

The current Australian guidelines, which were expanded yesterday (March 25), restrict testing to people with a fever or respiratory illness who:

While these guidelines have expanded the testing criteria, they still restrict testing to people with symptoms. 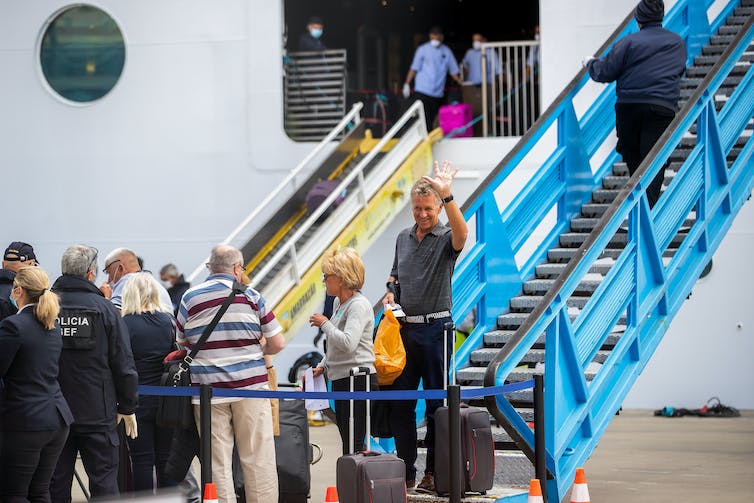 Returned travellers are tested if they have symptoms. Jose Sena Goulao/AAP

Why more people should be tested

Australia has a high rate of testing compared to many other countries, and a low positive rate.

But we don’t have data on silent transmission that could be bubbling under the surface when infected people don’t have any symptoms or have very mild illness.

On February 14, the Spanish health minister laughed and told the Spanish people there was no COVID-19 in Spain:

Six weeks later the country has around 40,000 cases and a health system in collapse.

Who we should test

To make social distancing measures successful, they must be accompanied by a broadened testing criteria to ensure every new case can be identified rapidly.

Read more: Coronavirus: why should we stay 1.5 metres away from each other?

We should be testing people without symptoms who fall into the groups outlined in the current Australian guidelines, so that we do not miss asymptomatic cases in high risk groups.

This would include asymptomatic people who are: close contacts of people with COVID-19; evacuees from cruise ships; health or aged care workers who request a test; as well as asymptomatic people in closed outbreak settings (aged care centre, prison, boarding school, detention centre, Indigenous community or military base).

We also need to scale up capacity

Social distancing measures also need to be accompanied by scaled-up testing capabilities including:

If we cannot procure or make enough tests, we could ask South Korea for help as the United States is doing.

It is essential we can identify all cases before we take the foot off the brakes of lockdowns.