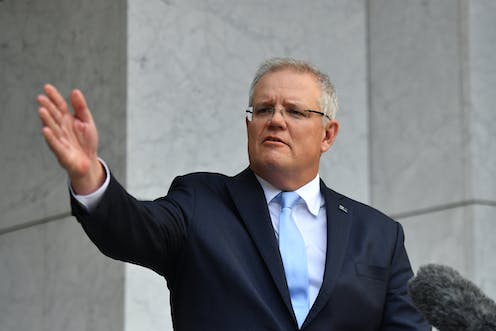 In the space of six weeks, the threat posed by COVID-19 and the sudden absence of partisanship from the political landscape have ushered in a focus on leadership for the greater good, the likes of which we haven’t seen for years.

Leadership for the greater good occurs when leaders create value for society in a manner that is transparent, accountable and ethical. Once conspicuous by its absence, it now seems to be everywhere, and gratifyingly so in the institutions where it counts most.

As an extension of our Australian Leadership Index (ALI) - a long-running survey to gauge public perceptions of leadership for the greater good - we have asked Australians over the past five weeks to judge the performance of various institutions during the current pandemic.

Notably, by taking the pulse of Australians weekly, we can track how public opinion is changing. When these findings are compared to our wider survey results, which we have been collecting quarterly since September 2018, the results are striking.

The ascent of leadership for the greater good

Prior to the pandemic, the public had a dim view of the state of leadership in Australia. This has been consistent from September 2018 to March 2020.

However, in the week of March 13-19, in specific response to the COVID-19 pandemic, public sentiment entered positive territory (+1) for the first time in a year and a half. Even more striking, these perceptions have improved week-on-week to a score of +34 in the week of April 15-22.

What a difference a(nother) crisis makes

The improvement in public perceptions is most remarkable for the federal government, particularly in light of the recent bushfire crisis.

Throughout the bushfires, the public consistently judged the federal government’s leadership for the greater good as poor. From the beginning (-32) to the end (-25) of the crisis, its ALI score was negative – most people thought the government was failing to demonstrate effective leadership.

Fast-forward to mid-March, however, and the federal government’s fortunes changed dramatically. In the week of March 13-19, the government’s ALI score (+24) surged into positive territory for the first time since we started running the surveys.

Public perceptions have improved every week since then, hitting a high score of +47 recorded in the past week.

Public health still at the top

A consistent finding of our surveys from the beginning has been the high esteem in which our respondents have held the public sector.

Notably, since we started measuring public perceptions, the public sector has always outscored government when it comes to demonstrating leadership for the greater good.

However, during the coronavirus pandemic, our respondents have viewed both the public sector and government in practically the same light.

The gains for the public sector are largely accounted for by public health institutions, which have been judged overwhelmingly as showing the greatest degree of leadership for the greater good of all institutions measured.

This pattern is replicated in other sectors. Public education and media institutions, for instances, have been viewed much more favourably than their private counterparts during the crisis.

The worst performers in terms of leadership for the greater good throughout the pandemic have been health insurance companies, religious institutions, trade unions and multinational corporations.

What does this mean for the state of leadership in Australia?

The ALI was founded on the principle that leaders should act beyond self-interest to benefit the greater good, and this leadership should come from institutions across all sectors.

Since its inception, the results have painted a dim picture of the state of leadership across Australia, with the exception of only a few institutions, such as charities and public health.

However, the COVID-19 pandemic has necessarily brought the wider public interest to the fore, and institutions across all sectors have instigated measures to protect the greater good.

To be sure, crises crystallise a shared understanding of the common good and encourage people to pull together in a manner not typical of more ordinary times.

Nevertheless, by shining a light on leadership for the greater good and how it can be improved, this pandemic may yet have a silver lining for the future.