Air quality on Australia’s roads matters. On any given day (when we’re not in lockdown) people meet, commute, exercise, shop and walk with children near busy streets. But to date, air quality monitoring at roadsides has been inadequate.

I and my colleagues wanted to change that. Using materials purchased from electronics and hardware stores for around A$150, we built our own air quality monitors.

Read more: These 5 images show how air pollution changed over Australia’s major cities before and after lockdown

Our open-source design means citizen scientists can make their own devices to measure air quality, and make the data publicly available.

This would provide more valuable data about city traffic pollution, giving people the information they need to protect their health. 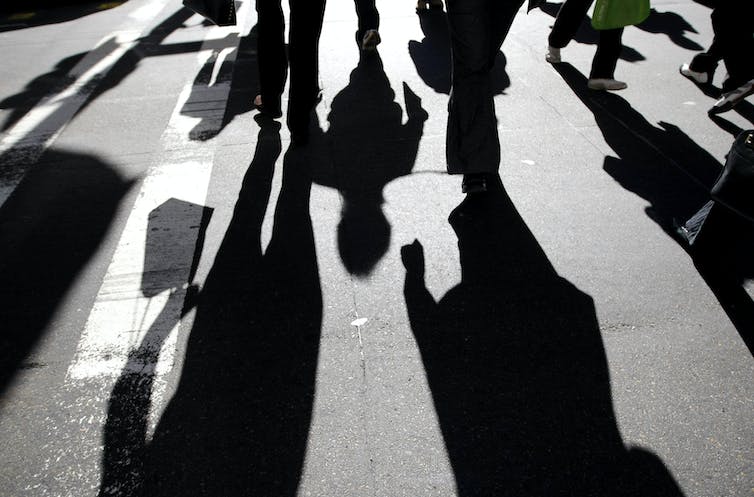 Everyone is exposed to airborne particulate matter emitted by industry, transport and natural sources such as bushfires and dust storms.

Particulate matter from traffic is a mixture of toxic compounds, both solid and liquid. It’s a well-known health hazard, particularly for children, the elderly, pedestrians, cyclists and people working on or near roads.

Particulate matter smaller than 2.5 micrometres in diameter, referred to as PM2.5, is particularly harmful. To put this in context, a human hair is about 100 micrometres in width.

When inhaled, these fine particles can damage heart and brain function, circulation, breathing and the immune and endocrine systems. They have also been linked to cancer and low birth weight in newborns.

Highly reliable equipment to measure air quality has traditionally been expensive, and is not deployed widely.

Official air quality monitoring usually takes place open spaces or parks, to provide an averaged, background reading of pollution across a wide area. The monitoring stations are not typically placed at pollution sources, such as power stations or roads.

However there is growing evidence that people travelling outdoors near busy city roads are exposed to high levels of traffic emissions.

An air quality monitor built by the researchers and painted purple, attached to a light pole in Liverpool, Sydney. Author supplied

Air quality monitors can be bought off the shelf at low cost, but their readings are not always reliable.

So I and other researchers at the University of Wollongong’s SMART Infrastructure Facility made our own monitors. They essentially consist of a sensor, weatherproof housing, a controller and a fan. Anyone with basic electronics knowledge and assembly skills can make and install one. The monitor connects to the internet (we used The Things Network) and the software required to run it and collect the data is available for free here.

The weatherproof housing cost about A$16 to make. It consists of PVC plumbing parts, a few screws and small pieces of fibreglass insect screen, which can be bought at any hardware store.

Sensors can be bought from electronics retailers for little as A$30, but many are not tested, calibrated or overseen by experts and can be inaccurate. We tested three, and chose the Novasense SDS011, which we bought for A$32.

A controller is needed to run the monitor and send data to the internet. We bought ours from an online retailer for under A$60. A fan, needed to circulate air through the housing, was bought from Jaycar for A$14.

Accounting for wiring and a few other parts, our monitors cost under A$150 each to make - ten times cheaper than mid-grade commercial detectors – and produce reasonably accurate results.

Following community meetings, we deployed our sensors at nine key locations and intersections around Liverpool in Western Sydney, a region which has traditionally suffered from poor air quality.

Our monitors have been in place since March 2019, placed close to pedestrian height on structures such as light poles, shade awnings or walls.

Read more: Australia needs stricter rules to curb air pollution, but there's a lot we could all do now

They have detected roadside measurements of PM2.5 at values of up to 280 micrograms per cubic metre in morning peak traffic. This is more than ten times the readings at the nearest official monitoring station. The severity of the pollution and how long it lasts depends on how bad the traffic is.

These findings are comparable to other studies of busy roads. 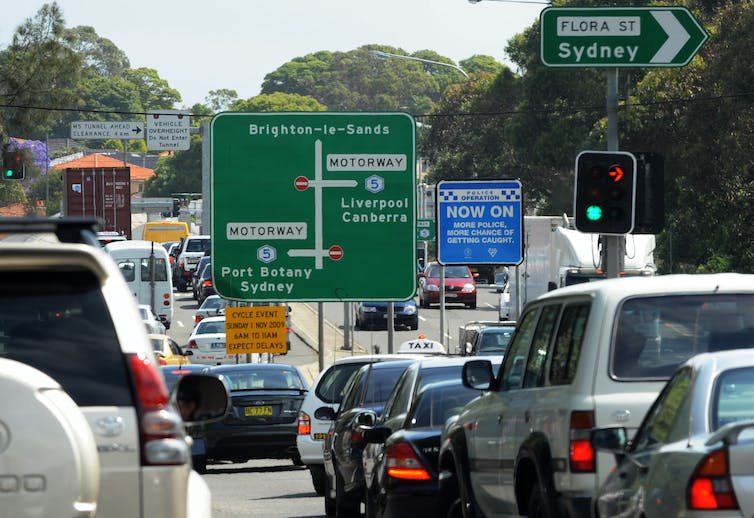 Our experience of roadside air quality can be improved in a number of ways.

Obviously, exposure to air pollution is worst at peak traffic times, so plan your travel to avoid these times, if possible.

Pollution levels drop quickly with distance from busy roads and can be at near background levels just one block away. So try to detour along quieter back streets or through parks.

Barriers, such as dense roadside vegetation, can shield pedestrians from pollution. Children in prams are more exposed to traffic pollution than adults, as they are closer to the level of vehicle exhaust pipes. Pram covers can reduce infants’ exposure by up to 39%.

Of course, the best way to reduce air pollution from traffic is to have fewer vehicles on our roads, and cleaner fuel and engines.

In the meantime, we hope our low-cost technology will prompt citizen scientists to develop their own sensors, producing the data we need to breathe easy in city streets.

Read more: Even for an air pollution historian like me, these past weeks have been a shock