As schools resume for most Australian students, a new group of parents have emerged.

These parents have decided to give home education a longer term try, finding their children have improved academically and benefited from the calmer home learning environment.

This change may mean some families move to a more child-led way of learning. This approach can be described as unschooling – an informal way of learning that advocates student-chosen activities rather than teacher-directed lessons.

Unschoolers learn through living and are in charge of their own education. Students have the freedom to learn through a variety of means including play, household tasks and personal interests, as well as work experience, travel, books, elective classes, mentors and social interactions. 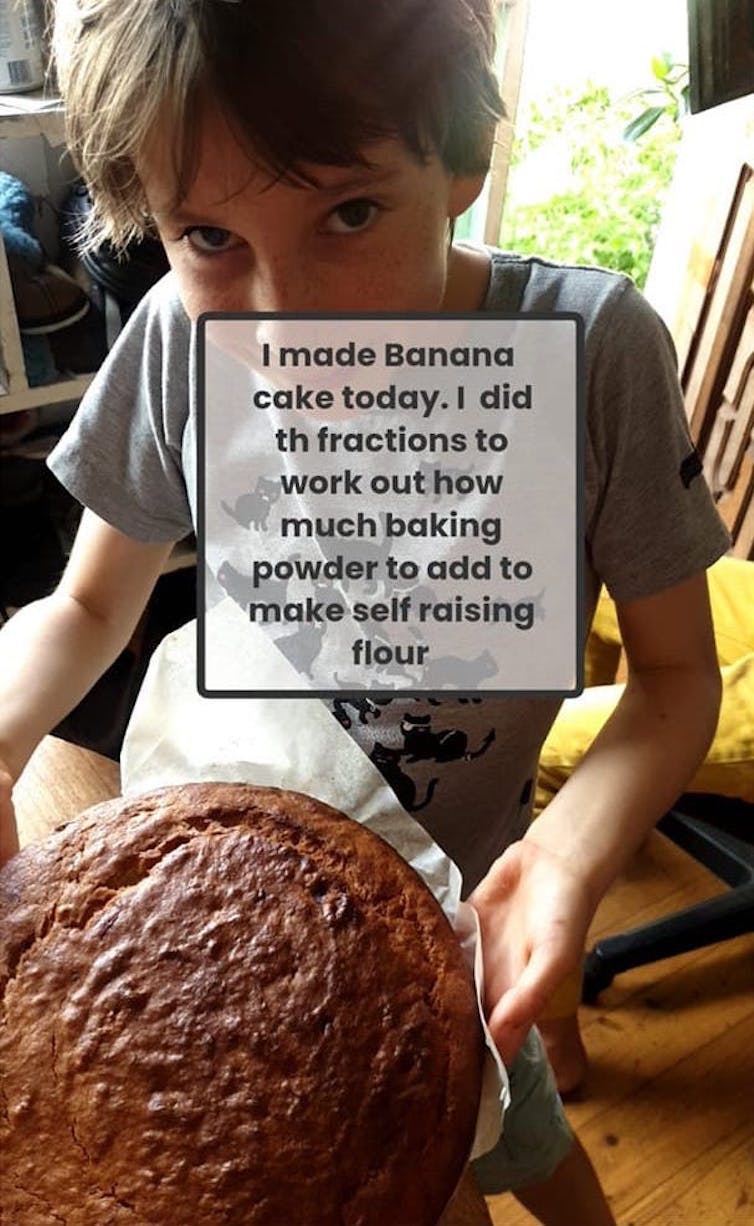 A parent sent this to her child’s teacher during the lockdown to show how he had learnt fractions while cooking. SOURCE? CREDIT?, Author provided

Sometimes the name unschooling leads people to believe children aren’t being educated or taught anything at all. But unschooling allows children to explore and learn in their own way. It’s a different form of education to that of schools, but it can work extremely well.

During the coronavirus shutdown, schools were providing schoolwork for children to do at home. Some suggested they just focus on the basics, which left plenty of time spare.

Some families found online learning wasn’t working for their children and negotiated with teachers about alternate ways of meeting learning outcomes.

Many parents improvised their children’s education. And so they were unschooling, even if they didn’t know it by name.

Unschooling is an educational philosophy developed in the 1960s by theorists including John Holt and Ivan Illich.

Their ideas, particularly around children exercising the liberty to choose the direction of their learning, are becoming increasingly popular in educational research.

Illich and Holt said traditional schooling could confuse the creation of a product – such as a test result – with learning. They argued learning is a process, not an end point.

While such ideas may seem radical, Holt was building on a well recognised foundation of educational philosophy: that children learn best when the learning is meaningful and accessible to them.

In unschooling, parents work with their children to meet their educational goals.

This means they support their children’s interests and associated learning. They recognise the learning inherent in life activities and may enrich it via conversation or direction to other sources.

At the heart of unschooling is a belief that, in a rich and stimulating environment, children cannot not learn.

There’s actually no typical unschooling day, as what happens depends on the family and child. In unschooling families, any interest may form the basis of learning.

For example, an interest in dinosaurs may trigger a series of activities, such as:

Children may talk with their peers about their love of dinosaurs and use this as an opportunity for socialisation. They may need a lot of assistance from a parent to do this or may explore on their own.

Read more: Parents, you don't always need to entertain your kids – boredom is good for them

Everyday activities such as cooking, cleaning, gardening and shopping can also be learning opportunities. Benign neglect, leading to boredom, provides an opportunity for children to discover new interests and activities (and for parents to get some of their own work done). 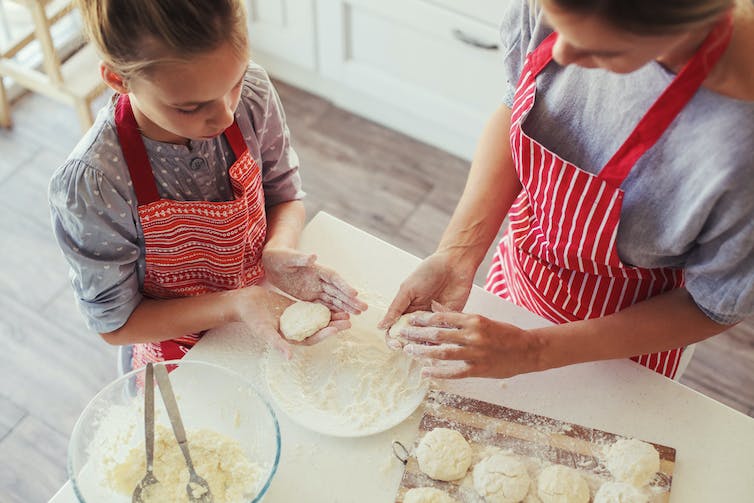 How do students get assessed?

Unlike in school, unschooling assessment happens on a daily basis, through observing the children’s experiences. Parents may compile photographs or scrap books of their children’s learning experiences and keep them as records.

But many unschooolers will do formal assessment for careers that need certification. They may also do tests in line with university aspirants who do not come straight from school. Or they may go straight to TAFE or study via Open University, both of which don’t need formal test results for entry.

Unschooled students often do very well at university. For example, in the US, unschoolers are sought after by prestigious institutions including Brown, Cornell and Columbia.

One study of 75 unschooled adults found 83% had gone on to some form of formal education after school, and most were “gainfully employed and financially independent”.

Research suggests unschoolers’ success may come down to an intrinsic motivation to learn that’s been fostered through their unschooling experiences.

Evidence of unschooling in the lockdown

During the coronavirus crisis, if your children alternated their schoolwork with other study based on their needs and interests, they were unschooling.

Discovering your children’s interest in Ancient Egypt and then watching documentaries about the subject was unschooling.

Read more: Maths, reading and better nutrition: all the reasons to cook with your kids

If your child decided to read the whole Harry Potter series in a week, that was unschooling.

In fact, the Singaporean education minister, Ong Ye Kung, effectively recommended unschooling when he said students should take advantage of their time away from school to “learn outside the syllabus, read widely, be curious, find your passions”.

Children following this advice may have benefited, rather than been disadvantaged, from their break from formal learning. For some, continuing home-based learning may be advantageous.

Each state and territory has a legislative framework which allows parents to home educate their children. Support is available from experienced home educators online and through home education support groups.