This week, we’ve seen state governments in heated debate over the question of reopening borders between Australian states and territories.

New South Wales premier Gladys Berejiklian is arguing for the reopening of interstate travel, which will be important for Australia’s economic recovery from the pandemic.

Others, including Western Australian premier Mark McGowan and Queensland premier Annastacia Palaszczuk, have opposed reopening borders at this stage, on the basis the move risks new cases crossing state lines.

From an epidemiological perspective, I would argue the safest option is to wait until two states have achieved disease elimination before opening the borders between them.

States make their own rules

During a pandemic, it’s important we have disease control strategies in place at different levels: from individual and family to community, state and national.

Some states and territories have closed their borders to interstate travel in an attempt to reduce disease transmission.

The exceptions are NSW, Victoria and the Australian Capital Territory (though these states have still urged people to defer non-essential travel).

Jurisdictions that have closed their borders enforce their own exemptions and regulations, such as requiring entrants to self-quarantine for 14 days on arrival. 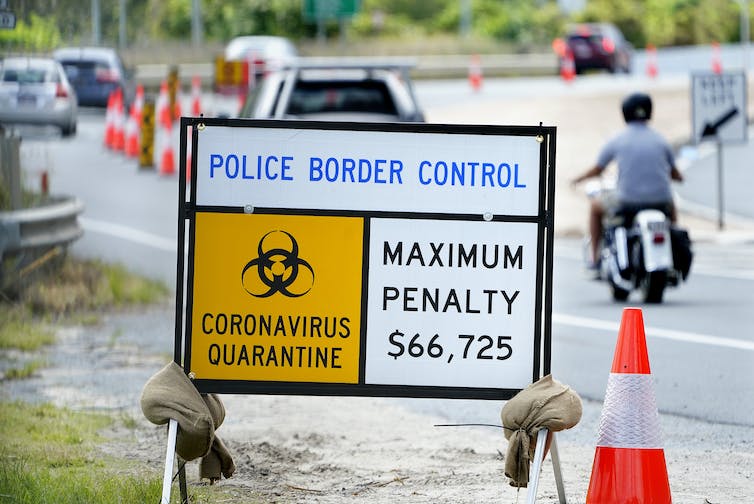 Some states are in disagreement over whether it’s safe to reopen borders. Dave Hunt/AAP

Prime Minister Scott Morrison recently announced a three-step roadmap to recovery for Australia. This set out the possibility of recreational interstate travel as part of step 2, but left it to each state and territory to decide the timing.

All states and territories except Western Australia remain in stage 1, and are unlikely to progress to stage 2 until June.

So, if we follow the three-step plan, states and territories pushing for interstate travel may be getting a bit ahead of themselves.

Elimination should be the green light

For disease elimination, there must be zero new cases of the disease in a defined geographic area.

There is no defined time period this needs to be sustained for – it usually depends on the incubation period of the disease (the time between being exposed to the virus and the onset of symptoms).

Since the incubation period for COVID-19 ranges from 1-14 days, it could be argued a state or territory has eliminated COVID-19 if there are no new cases over a 14-day period.

However, research has shown there’s a small chance (1%) someone could develop symptoms and become infectious beyond 14 days of quarantine. So to be completely safe, it would be prudent to extend this period.

Queensland chief health officer Jeanette Young has advocated for this kind of approach.

What might happen if states that have not achieved elimination allow interstate travel? The risk is an infectious person crosses into a state or territory that has achieved disease elimination and reseeds a new epidemic. The risk might be small, but the consequences could be severe.

Read more: Can you get the COVID-19 coronavirus twice?

We might also take this elimination approach with international borders (yesterday marked New Zealand’s fourth day in a row with no new cases), though this is a way off.

Are we there yet?

While Victoria and NSW continue to record a small number of new cases most days, for other states and territories, the prospect of elimination is in sight.

These data do differ slightly depending on the source, but by my definition, no state or territory has, to date, eliminated COVID-19. And as such, we’re not yet at the point we should be relaxing current border restrictions. 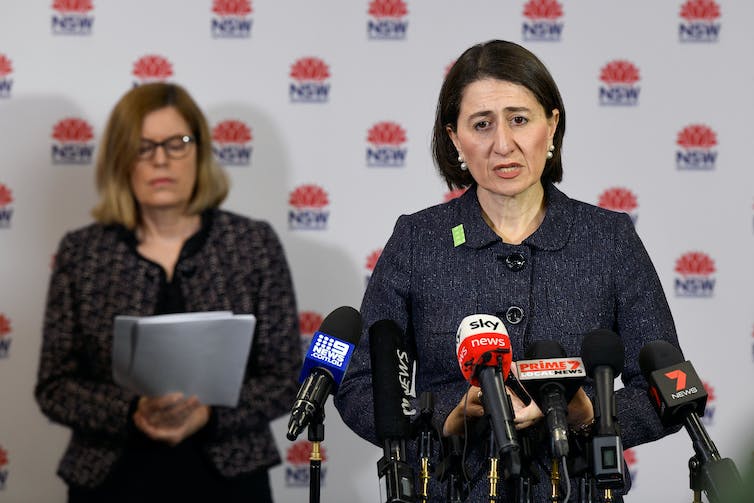 When domestic travel will be back on the agenda is largely up to the states and territories. Bianca De Marchi/AAP

There’s no question Australia is doing well. But we must remain vigilant, particularly with the current easing of restrictions, which might lead to a few clusters of new cases.

Establishing a threshold for when it’s safe for states to open their borders – namely 28 days with no new cases – will minimise the risk of transmission of new infections. It could also serve to stop the quarrelling between leaders over this question.

Even when we do move to open borders, we’ll need to tread carefully. Disease elimination is not the same as disease eradication; there’s still the possibility of the rare community-acquired case being out there. And unless every person in Australia is tested and quarantined if necessary, there’s still a chance of the epidemic restarting.

Read more: Can we really rely on people to isolate when they're told to? Experts explain

A sensible approach might therefore be to test anyone crossing a border and asking them to self-isolate for 24 hours until their test results are ready. This would also help eliminate the unlikely chance of the person carrying the virus on their clothes or possessions.