Twenty-year-old Sydney woman Renae Marsden died by suicide after she was the victim of an elaborate catfishing scam.

A recent coronial investigation into her 2013 death found no offence had been committed by the perpetrator, revealing the difficulties of dealing with this new and emerging phenomenon.

While we wait for law reform in this area, we think police and prosecutors could make better use of our existing laws to deal with these sorts of behaviours.

“Catfishing” occurs when a person creates a fake profile on social media in order to deceive someone else and abuse them, take their money or otherwise manipulate and control them.

While statistics about the prevalence of catfishing are elusive, popular dating sites such as eHarmony and the Australian government’s eSafety Commission offer advice about spotting catfishers.

Read more: From catfish to romance fraud, how to avoid getting caught in any online scam

Catfishing is also the subject of an MTV reality series, major Hollywood films, and psychological research on why people do it.

Dangerous, damaging but not a specific crime

There is no specific crime of catfishing in Australia. But there are many different behaviours involved in catfishing, which can come under various existing offences.

One of these is financial fraud. In 2018, a Canberra woman pleaded guilty to 10 fraud offences after she created an elaborate and false online profile on a dating website. She befriended at least ten men online, then lied to them about having cancer and other illnesses and asked them to help her pay for treatment. She obtained more than $300,000. 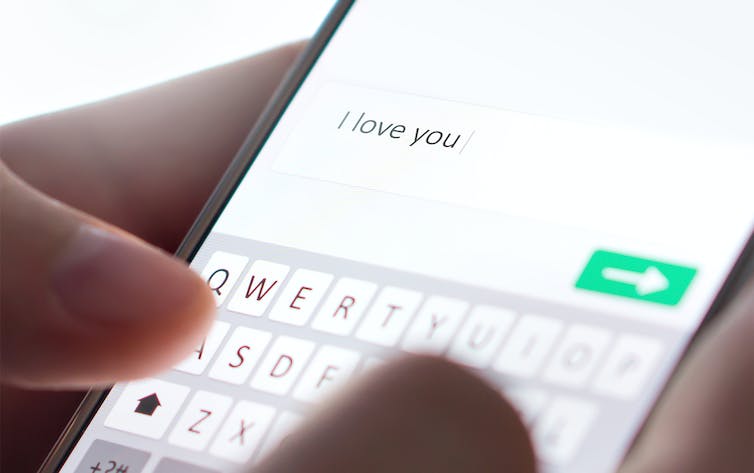 Another crime associated with catfishing is stalking. In 2019, a Victorian woman was convicted of stalking and sentenced to two years and eight months jail after she created a Facebook page where she pretended to be Australian actor Lincoln Lewis. This case is currently subject to an appeal.

The grey area of psychological and emotional abuse

When catfishing doesn’t involve fraud or threats, but involves psychological and emotional manipulation, it can be more difficult to obtain convictions.

One of the most notorious cases occurred more than a decade ago in the United States. Missouri mother Lori Drew catfished a teenager she believed had been unkind to her daughter.

Read more: Have you caught a catfish? Online dating can be deceptive

With the help of her daughter and young employee, Drew created a fake MySpace profile as a teenage boy and contacted the 13-year-old victim. Online flirting took place until the relationship was abruptly ended. The victim was told that “the world would be a better place without her”. Later that day, she killed herself.

Because the harm suffered by the victim was not physical but psychological, and had been perpetrated online, prosecutors had trouble identifying an appropriate criminal charge.

Eventually, Drew was charged with computer fraud and found guilty. But the conviction was overturned in 2009 when an appeal court concluded the legislation was never meant to capture this type of behaviour.

The harm done to Marsden was also psychological and emotional. She was deliberately deceived and psychologically manipulated through the creation of a fake online identity by one of her oldest female friends.

Marsden thought she had met a man online who would become her husband. For almost two years, they exchanged thousands of text and Facebook messages. Marsden ended an engagement to another man so that she could be with the man she met online. They planned their wedding.

When he abruptly ended the relationship, Marsden ended her life.

The coroner described the conduct of Marsden’s catfisher as “appalling” and an “extreme betrayal”, but found that no offence had been committed. She observed:

Where ‘catfishing’ is without threat or intimidation or is not for monetary gain, then the conduct appears to be committed with the intent to coerce and control someone for the purpose of a wish fulfilment or some other gratification. Though such conduct may cause the recipient mental and or physical harm because it is not conduct committed with the necessary intent it falls outside the parameters of a known State criminal offence.

We disagree with the coroner’s conclusion. We think that existing state criminal offences might capture some of this behaviour.

In particular, deliberately deceptive and psychologically manipulative online conduct, resulting in the death of a victim by suicide, could potentially make a perpetrator liable for manslaughter.

This is because a perpetrator who commits the offence of recklessly causing grievous bodily harm (which may include psychological harm), in circumstances where a reasonable person would realise this exposed the victim to an appreciable risk of serious injury, could be liable for the crime of “manslaughter by unlawful and dangerous act”.

Such prosecutions can and should be contemplated as an appropriate response to the serious wrongdoing that has occurred.

Marsden’s parents are pushing for catfishing to be made illegal. 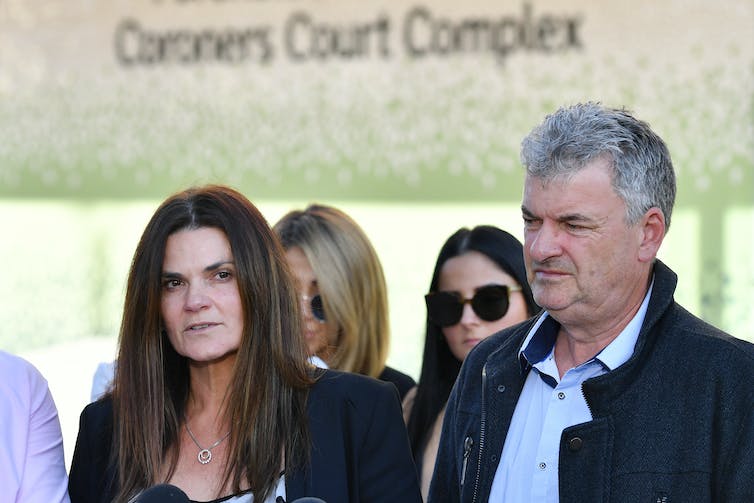 Teresa and Mark Marsden want catfishing to be made illegal. Dean Lewis/AAP

The coroner chose not to recommend a specific offence of catfishing, noting:

there are complex matters which were not canvassed at the inquest which need to be taken into account before any coronial recommendation involving the introduction of criminal legislation.

But the report did recommend a closer look at making “coercive control” an offence.

Coercive control involves a wide range of controlling behaviours and could potentially criminalise the sort of psychologically and emotionally abusive conduct Marsden experienced.

It is also on the political agenda. In March, New South Wales Attorney-General Mark Speakman announced he would consult on possible new “coercive control” laws.

Read more: It's time 'coercive control' was made illegal in Australia

We note, however, that the coercive control discussion is happening in the context of domestic violence. Whether prospective new laws can or should extend to catfishing will require careful consideration and drafting.

While we wait for a new offence, we should also ensure that we make use of the laws we already have to protect people from the devastating damage that can be done by catfishing.