The High Court has ruled that Sir John Kerr’s correspondence with the queen comprises “Commonwealth records”. This means access to them is now in Australian hands and can no longer be vetoed by the private secretary to the queen.

This correspondence, which includes Kerr’s briefings to the queen on the political crisis prior to the dismissal of the Whitlam government on November 11 1975, and his explanation to her afterwards of why he exercised this power, have so far been kept from public view.

Read more: Explainer: what is the 'palace letters' case and what will the High Court consider?

The High Court’s decision opens the possibility that we will finally see the last pieces of factual evidence about The Dismissal – revealing the concerns and reasoning of the governor-general, as events occurred, without the gloss of hindsight.

It could even allow this festering wound in our political history to be healed, once all the information has been revealed. But it depends now on what the National Archives does next.

How were these letters treated until now?

Until now, the National Archives has claimed all correspondence it holds between governors-general and the queen, even when written in their official capacities, is “personal” and not a “Commonwealth record”.

But it let those conditions be changed on the instructions of the queen in 1991 so that her private secretary and the secretary of the governor-general held a veto over the release of any such correspondence. 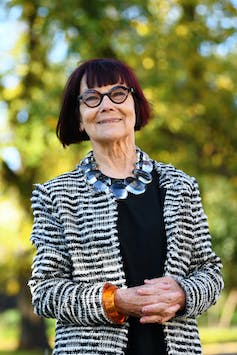 In the case brought by academic Jenny Hocking against the National Archives, the High Court held by a majority of six to one that the letters between Sir John Kerr and the queen were created, received and held as institutional documents by the “official establishment of the Governor-General” before being transferred to the National Archives by the official secretary to the governor-general in his official capacity. This level of official control over them was enough to make them “Commonwealth records”, even if the governor-general still held ownership rights over them (which the majority said it did not need to decide).

In their joint judgment, Chief Justice Kiefel and Justices Bell, Gageler and Keane said they could not see how the correspondence could be described, however “loosely”, as “private or personal records of the Governor-General”.

They said it could not be supposed that Kerr could have taken the correspondence from the governor-general’s official establishment and destroyed or sold it.

Justice Gordon thought even if Kerr did have property rights in the original documents, he gave up any claim to them when they were deposited with the National Archives. Justice Edelman agreed the correspondence between the governor-general and the queen was “created or received officially and kept institutionally”.

Only Justice Nettle concluded these letters were personal communications between Kerr and the Queen, and were not Commonwealth records.

Does this mean we get to see the letters now?

The court did not order that the letters be publicly released. Instead, it ordered the director-general of the National Archives reconsider Jenny Hocking’s request for access to the correspondence held by the archives, treating them as Commonwealth records.

Section 31 of the Archives Act 1983 requires the National Archives to give public access to any Commonwealth record that it holds that is within the open access period and is not an “exempt record”.

The correspondence between Kerr and the queen has been in the “open access period” since 2006/2007. The only question that remains is whether the director-general will now claim that the correspondence is comprised of “exempt records”.

Section 33 of the Act lists a number of exemptions. These include documents that could reasonably be expected to cause damage to international relations, or where disclosure of matters in the record would constitute a breach of confidence.

The damage that might be caused by the release of documents necessarily diminishes over time. So even if these exemptions are claimed, consideration would have to be given to whether they remain applicable, given the age of the documents.

The director-general of the National Archives responded to the High Court’s decision by stating the “National Archives is a pro-disclosure organisation” that operates on the basis of making records publicly available “unless there is a specific and compelling need to withhold it”.

It will be interesting to see what “compelling” needs it might identify.

Are there any wider implications of the decision?

That may mean we get a better idea of how the roles of the governor-general and the queen operate under our Constitution, which would be a good thing.