We have seen ten days of protests in the United States over the death of George Floyd.

While thousands of people have gathered to express their outrage peacefully, some demonstrations have been marred by vandalism and violent clashes with police.

Read more: As Minneapolis burns, Trump's presidency is sinking deeper into crisis. And yet, he may still be re-elected

Research has shown that people generally see confrontational protests as unwarranted and ineffectual.

So why do some protests turn violent? And as we watch this mass movement gather pace around the world, what makes people come out into the streets in the first place?

Why do some protests turn violent? 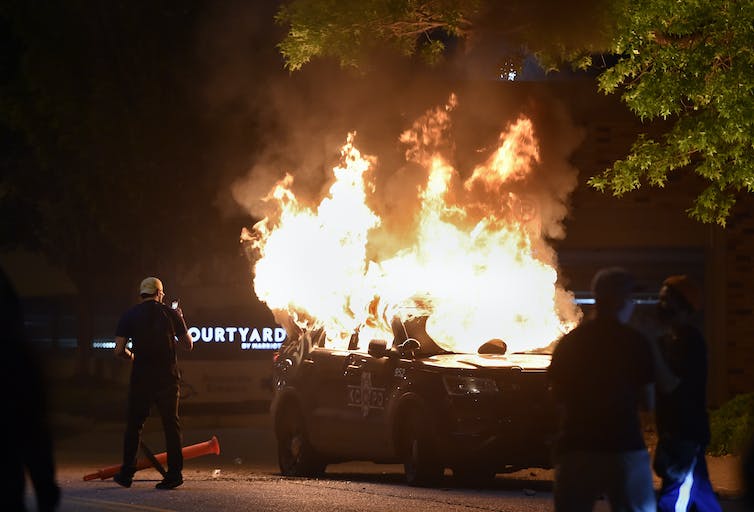 People who turn violent at protests are more likely to have contempt for authorities they hold responsible. TNS/AAP

In the US, some commentators have suggested the violence on their streets stems from a deep sense of despair and helplessness that things never change.

Psychological research offers some support for this analysis. Where people don’t believe their appeals to authorities will be heard, protesters may be more likely to adopt violent methods of protest.

Under these circumstances, people think they have “nothing to lose”.

Heavy-handed policing can lead to violence

However, there is another key element here. Feelings of contempt and helplessness do not arise in a vacuum - they stem from real-world interactions between people and groups.

We know from decades of research into policing and crowds that violent, heavy-handed treatment from the police is a major catalyst of protest violence. Such experiences lead people to redefine their understanding of the demonstrating group’s purpose.

Read more: The fury in US cities is rooted in a long history of racist policing, violence and inequality

Over the past week, people who initially turned out to express their constitutional right to protest peacefully have found they are now enemies of the state - dissidents in their own country. Under these circumstances, the purpose of the protest suddenly adopts a much broader meaning.

Protesters can change their tactics

A good way to make people feel contempt is to disregard their safety and purpose. 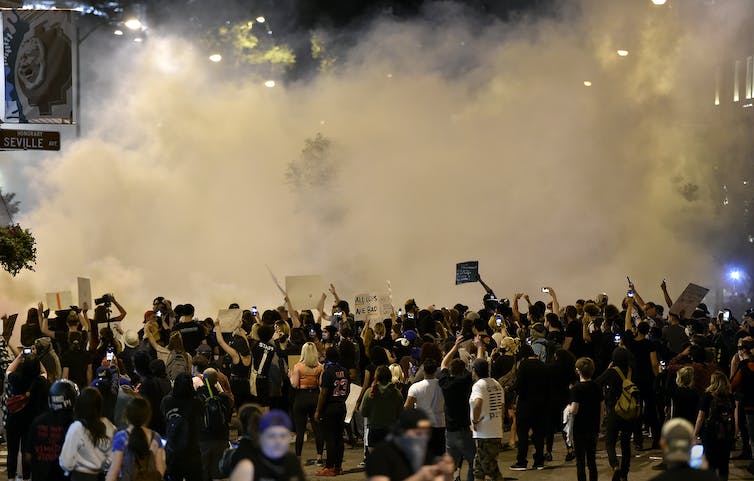 Heavy-handed treatment from police can also be a catalyst for violence. TNS/AAP

So, even though people tend to think confrontational protests do not work, our research shows that their assessment changes when an authority is seen to be corrupt and immoral.

Put differently, even the average punter may come to see violence as more acceptable if the state responds in a way that seems unjustified and disproportionate.

Why do people protest in the first place?

Given the the recent restrictions on public gatherings, who could have imagined that we would be witnessing a global solidarity movement of this scale in the middle of a deadly pandemic?

It has long been observed that specific events can serve as tipping points that catalyse social movements. Consider the actions of US activist Rosa Parks, who famously refused to give up her seat to a white man on an Alabama bus in 1955, inspiring mass resistance to the racial segregation policies of the time. 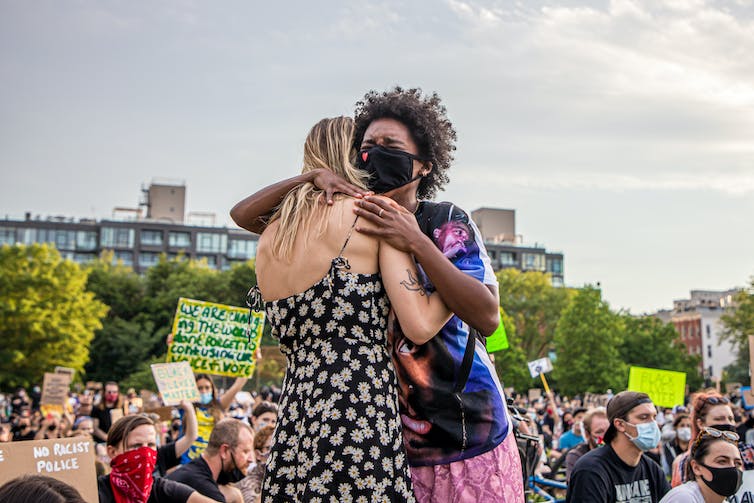 People protest because they believe they can make a difference by acting together. Alive Coverage/AAP

When Tunisian fruit seller Mohamed Bouazizi set himself on fire in response to police corruption and harassment in December 2010, his actions were broadcast all over the world, laying the foundation of the mass protests that would become the Arab Spring.

Research shows people who engage in protest do so because they feel angry about injustices perpetrated against groups they are committed to and believe they can make a difference by acting collectively.

Critically, in the 21st century, specific events - and our reactions to them - can now be broadcast online and shared with millions of people, across the world, within a matter of hours.

As people interact online, it generates a sense of shared outrage, as well as a belief that if “we” act together, things could be different. 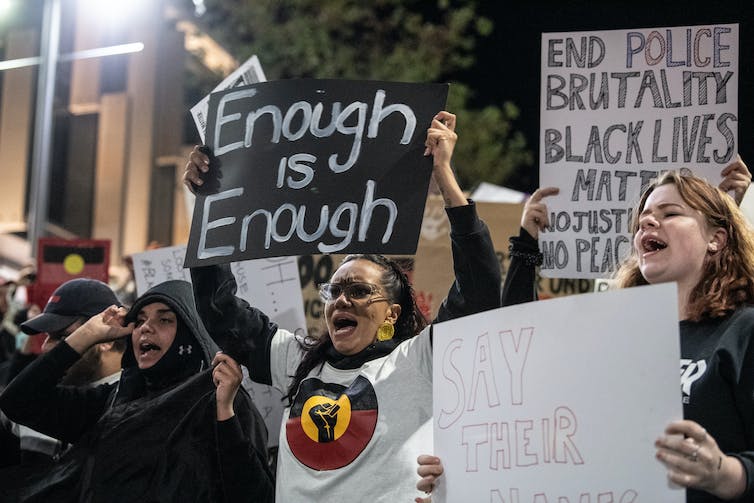 Australians have taken to the streets this week. James Gourley/AAP

There have already been a number of peaceful demonstrations around Australia to protest Indigenous deaths in custody and support Black Lives Matter. More are planned for the weekend.

Read more: Can you socially distance at a Black Lives Matter rally in Australia and New Zealand? How to protest in a coronavirus pandemic