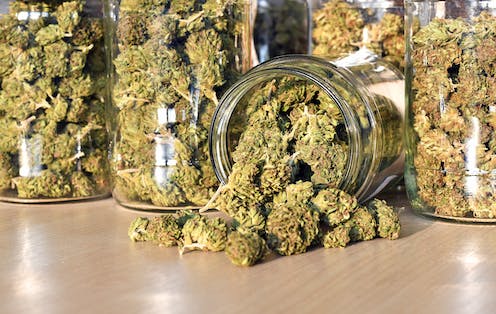 In less than three months, New Zealanders will vote in the world’s first national referendum on a comprehensive proposal to legalise the recreational use of cannabis.

Unlike cannabis ballots in several US states in which the public only voted on the general proposition of whether cannabis should be legalised or not,...

In less than three months, New Zealanders will vote in the world’s first national referendum on a comprehensive proposal to legalise the recreational use of cannabis.

Unlike cannabis ballots in several US states in which the public only voted on the general proposition of whether cannabis should be legalised or not, New Zealanders have access to the detailed Cannabis Legalisation and Control Bill. It outlines how the government proposes to establish a “controlled and tightly regulated” legal cannabis market.

The approach is not like the Brexit referendum, which had no detailed plan of action for a yes vote. Neither is it like New Zealand’s much maligned 2016 flag referendum, in which people knew exactly what they were voting for. In this case, New Zealanders are voting on a proposed law reform, but even following a yes vote, the cannabis regime will have to go through select committees and public consultation. And a legal cannabis market will require monitoring and enforcement.

Our research on an earlier law reform, aiming to regulate the manufacture of “low risk” psychoactive products, shows New Zealand has a history of ambitious ideas that ultimately suffer from poor execution.

Even the best law does not guarantee compliance

The cannabis legislation bill sets out how the government would control and regulate a legal cannabis market, including the following measures:

The bill envisions a commercial industry that will manufacture and sell cannabis. But there are provisions for not-for-profit and community-oriented operators.

Some key issues remain unresolved (price, tax rate, role of local governments), but these could be addressed through further legislation and public consultation following the referendum.

But executing the plan for a tightly regulated legal cannabis regime is another story.

First, the referendum is not binding. Even if New Zealanders vote yes, the incoming government can decide not to proceed or make significant changes.

Second, how the law looks on paper is rarely how it is in practice. Some laws, by design, are difficult to enforce. For example, the ban on all advertising sounds good, but it is not clear how covert promotion, celebrity endorsements and other sophisticated social media promotion techniques (product reviews, blog posts) would be controlled.

Similarly, it sounds reasonable to limit the maximum daily purchase to 14 grams, but it is hard to imagine effective enforcement without a real-time tracking system of purchases by individual customers. The same questions arise when considering the stated maximum limit of growing two plants at home or the ban on “dangerous” production methods to produce extracts at home.

It is reasonable to assume some New Zealanders will be growing more than the legal cannabis plant limit (as they already do) and will be able to purchase more than 14 grams a day (if they wish to). We can also be certain the cannabis industry will develop creative ways of online promotion (as alcohol and tobacco industries have done) and will actively lobby behind the scenes against public health measures and regulatory restrictions.

The success of a legal cannabis regime under the proposed law will depend on who oversees the implementation and regulation plans. This task will primarily be up to a new cannabis regulatory authority, but it remains unclear whether this will sit within the portfolio of health, justice or business (with their respective cultures and values).

The new authority will have a lot on its plate. Licensing producers and retailers, developing production standards, regulating labelling, approving products, administering cannabis taxes, revising maximum potency limits, and developing local licensed premises policies for all 67 local councils are just some of the tasks. The sheer volume of work required before a legal cannabis market can operate creates risks.

Read more: Teen use of cannabis has dropped in New Zealand, but legalisation could make access easier

New Zealand has recent history of poorly implementing drug policy reform. Agencies were overwhelmed by the immense regulatory workload when New Zealand attempted to establish a regulated legal market for “low risk” psychoactive products under the Psychoactive Substances Act in 2013.

There were significant gaps in the law, including regulating opening hours, lack of excise tax and poor engagement with key stakeholders. As one key official interviewed in our research on that reform said: the law “got lost in translation”. As a result, political and community support for the reforms evaporated and the regime remains unused.

We need to learn from that experience.

This is not to say a vote against cannabis legalisation will result in better outcomes. But it is important to have realistic expectations, accept the complexity of implemention, know the risks (including lobbying from the commercial industry) and develop plans to best mitigate those.

In the cannabis referendum, New Zealanders will be voting on a new idea and a draft plan on how to get there. There is no guarantee the lofty vision will match reality.