The Morrison government has just announced a plan to boost the number of Indigenous Australians in the top ranks of the Australian Public Service.

The plan may be well-intentioned, but it is also one in a long line of attempts to boost Indigenous employment in the public service.

My new research shows how racism pervades the public service - one of the most important and powerful structures in the country.

Racism: every day in every way

In recent weeks, we have seen unprecedented conversations about racism, sparked by the brutal murder of George Floyd. In Australia, this focussed attention on the 430-plus Indigenous deaths in custody since the 1991 royal commission. 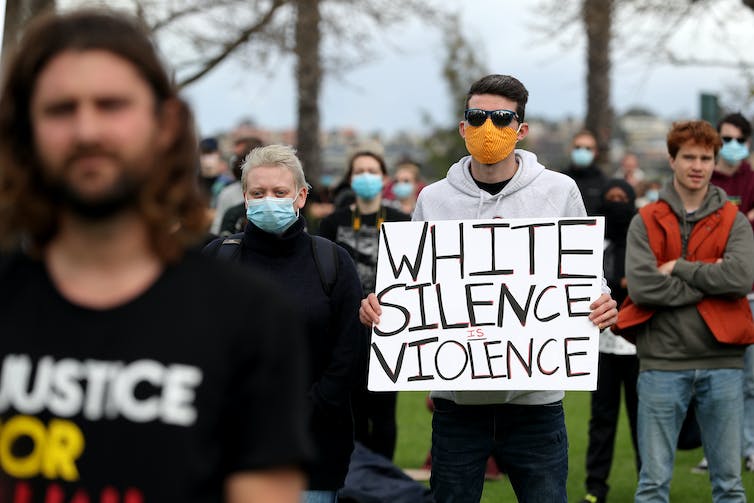 Australians have taken to the streets to protest against Indigenous deaths in custody. Richard Wainwright/ AAP

As these episodes show, we tend to only observe racism in its most overt and violent forms. But to understand how race works, we need to look at how it pervades all aspects of life.

If Australians really want to acknowledge the existence of systemic racism in this country, it is time to listen to the voices of Indigenous Australians and learn.

Read more: Ten Twitter accounts you should be following if you want to listen to Indigenous Australians and learn

Australians also need to understand that racism is not a single event – it is embedded in all Australian systems, institutions and workplaces. Indigenous Australians experience racism every day in every way.

Racism in the public service

My book, Unmasking the racial contract, draws on the experiences of 21 Indigenous public servants, obtained through yarning sessions, or conversations.

Read more: Why racism is so hard to define and even harder to understand

I started by asking Indigenous employees to speak about their experiences with recruitment, career progression and everyday work. This revealed the ways that individual and systemic racism operate in the public service.

The importance of the public service

The Australian Public Service - which provides advice to the federal government of the day and implements its policies - is a microcosm of Australia.

In June 2019, there were 147,237 Australian Public Service employees, with 3.5% identifying as Indigenous (compared to approx 3.3% of the Australian population).

Indeed, it is one of the largest employers of Indigenous peoples in the country, and holds itself up as a bastion of support for equality and career progression through various Indigenous employment strategies, Reconciliation “action plans” and Indigenous cultural awareness initiatives.

The 2019 APS State of the Service Report indicated many Indigenous employees had positive attitudes about inclusion in the public service (for example, more than 80% agreed with the statement “my supervisor actively supports people from diverse backgrounds”). But this does not capture the actual experiences of Indigenous employees.

The myth of meritocracy

The public service is officially a meritocracy. It says it operates on the “merit principle,” underpinned by legislation.

But the idea that all employment, promotion and commendation decisions are made on an entirely neutral basis is a myth. A disproportionately high number of Indigenous employees languish on the lower rungs of the employment ladder. 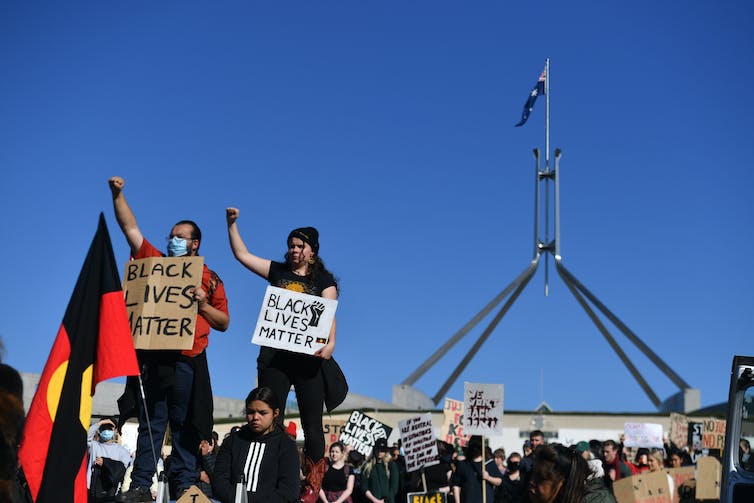 Tellingly, Indigenous employees make up 1.2% of the public service’s Senior Executive Service (SES) workforce. This is just 32 Indigenous SES members out of a total of 2,780. As one interviewee observed

If you were to look at all the Aboriginal and Torres Strait Islander SES [staff] in Australia, you could probably name them … the percentage is so small. It’s certainly not that we’re not bright or capable or efficient or any of those things. So, what is the reason?

‘Just here for the stats’

During my research, Indigenous employees reported that they felt tokenised and not seen as professionals with genuine skills or expertise to offer. They said they were valued only for their cultural knowledge: “It feels like I am just here for the stats”.

They also reported they were pigeonholed into Indigenous policy jobs and denied the chance to work in mainstream portfolios.

There was a little bit of that ‘black face’ — we better put you in a black program as opposed to thinking maybe mainstream might be a good opportunity to contribute.

Indigenous interviewees also raised concerns about the use of “identified positions” for Indigenous employees at all levels. Contrary to what might be expected, these were not restricted to Indigenous people

You’ll find most people who win those positions have been white people. A lot of the people that sit on these interview panels are white people.

Indigenous employees said they were were marginalised and silenced. If they spoke up, raising concerns about recruitment decisions or practices, they were ignored

A few of us senior people went to visit one of the deputy secretaries [senior leaders] who was responsible for HR management to talk about our concerns… we literally had the ‘face in the hand’ to stop talking because she didn’t wanna hear it.

You know I been asked to go to meetings with supervisors and warned before we get there that I’m only there as onlooker and told — just sit there — don’t say a thing.

It’s almost like you have to make a choice whether you speak up about racism and get the finger pointed at you, like, ‘Oh. Don’t be so sensitive’.

The public service needs to listen more and learn

Indigenous employees have paid, and continue to pay, a high price for racism. One interviewee described how it ended their career in the public service

I had several acting branch manager stints, which was great. But in the end, I left for a job that paid less because I just didn’t feel I could influence or support any changes.

Shiny new plans and strategies are all well and good. But a more fundamental shift is needed: Indigenous employees must become a genuine and valued part of the public service. 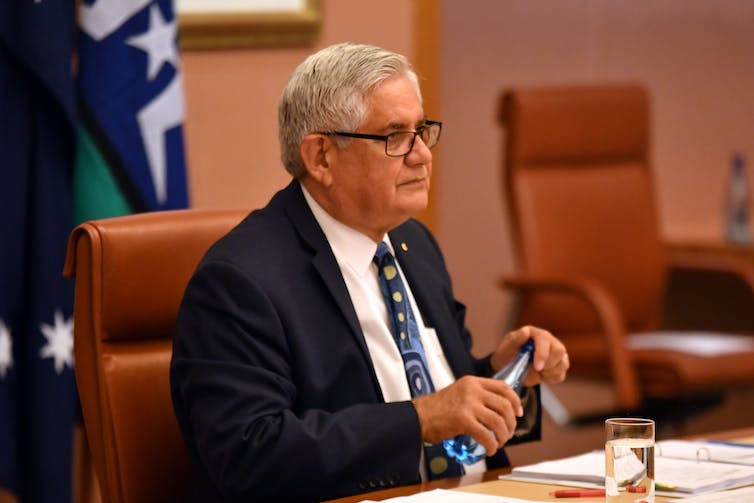 A deeper understanding about what racism is and how race works is a good place to start. Non-Indigenous colleagues and managers must commit to anti-racist workplaces. This requires managers to act on reports of racism - the continued failure to do so makes them complicit in perpetuating white supremacy.

Structural change is also necessary. This requires non-Indigenous leaders relinquishing their automatic right to power and control - adopting principles of solidarity to work with us, not against us. Crucially, it means Indigenous employees must have a seat at the table and must be heard.

Indigenous resistance has been a 230-year journey of solidarity and survival. Indigenous Australian leadership has mobilised numerous protests and campaigns against systemic racism in solidarity with the Black Lives Matter movement, in a call to action for all Australians.

But the fight against racism must also extend to one of our our most important institutions - the public service - that shapes how government decisions are made and then carried out.