A growing number of Australians support the legalisation of cannabis, while almost three in five back the idea of pill testing, according to a new national survey.

The 2019 National Drug Strategy Household Survey also shows Australians are drinking and smoking less, but some illicit drug use is on the rise.

Importantly, this national snapshot, released on Thursday, shows the Australian community is becoming more open to less punitive measures around drug use.

Changes to drug use

The National Drug Strategy Household Survey is conducted every three years. The 2019 results showed an increase in illicit drug use from 2016.

The increase in cocaine use was notable, particularly among young men. The proportion of males in their 20s using cocaine in the 12 months before the survey almost doubled, from 7.3% to 14.4%.

There was also a drop in the non-medical use of painkillers and opioids (like codeine and morphine) from 3.6% to 2.7%. This coincided with codeine switching to a prescription-only drug in 2018. 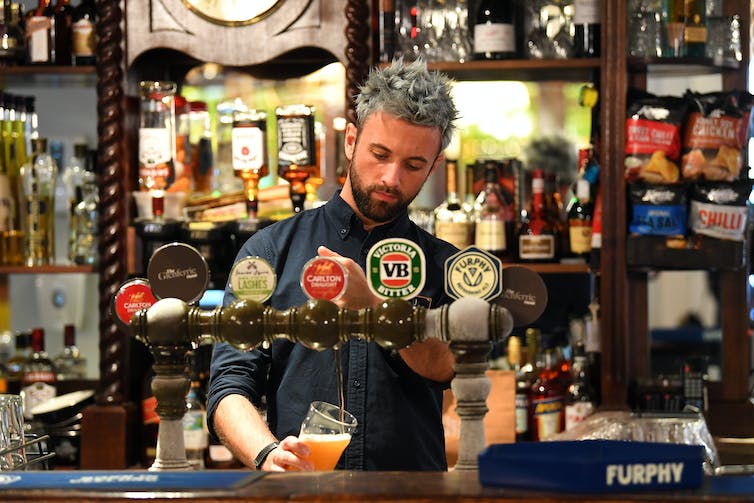 More Australians are staying away from alcohol. James Ross/ AAP

For the first time in the survey’s history, more Australians support the legalisation of cannabis (41%) than oppose it (37%). This is almost double the level of support in 2007 (21%).

This is significant, because while there has been overwhelming community support for removing criminal penalties for cannabis possession (sometimes referred to as “decriminalisation”), this has not been the case with legalisation. 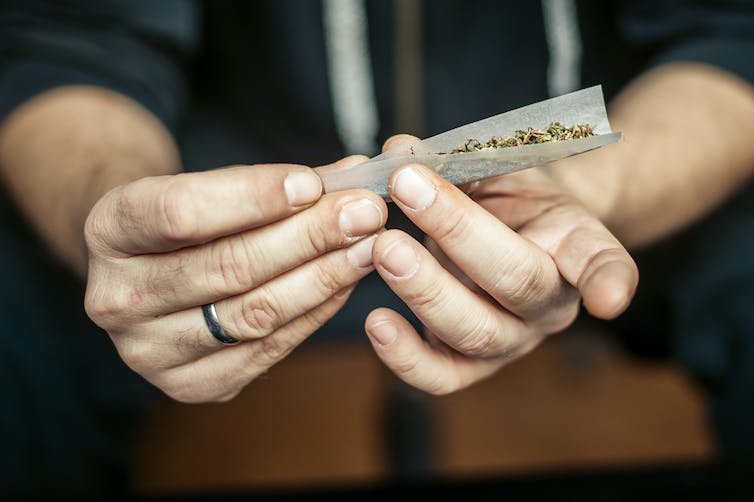 The ACT, Northern Territory and South Australia decriminalised cannabis for personal use three decades ago. Most other states and territories have some kind of de facto decriminalisation in place already through police diversion. This is where people arrested for possession of small amounts of cannabis can be diverted to education or treatment.

According to the 2019 survey, fewer people thought possession of cannabis should be a criminal offence, compared to previous years (down from 26% to 22%). And fewer people supported an increase in penalties for the sale or supply of cannabis (down from 50% to 44%). Most people (54%) thought it should only attract a caution, warning or no action.

Multiple jurisdictions around the world, including Uruguay, Canada and a number of states in the United States, have already legalised the sale and possession of cannabis. New Zealand is set to hold a referendum on the issue this year.

This year, the ACT allowed people to legally grow cannabis for personal use.

A number of government inquiries in Australia have recommended legalisation of cannabis and some other drugs, including a 2019 Queensland Productivity Commission’s report into imprisonment and recidivism.

After many decades of operation, illicit drugs policy has failed to curb supply or use. The policy costs around $500 million per year to administer and is a key contributor to rising imprisonment rates … Evidence suggests moving away from a criminal approach will reduce harm and is unlikely to increase drug use.

One of the most significant harms from cannabis is the risk of contact with the criminal justice system. More than 70,000 people are arrested for cannabis offences each year. More than 90% of those are for possession.

The survey asked about safe injecting rooms for the first time.

Just under half of Australians surveyed support “supervised drug consumption facilities”, with 47% in favour and 32% opposed. Support was strongest among people under 40.

Drug injecting rooms have been a controversial community issue, although a 2017 Victorian parliamentary inquiry saw 46 out of 49 submissions in support of a Melbourne facility.

These health services give people who inject illicit drugs access to clean equipment and a place off the street to use their drugs under the supervision of doctors and nurses. There are more than 100 of these services around the world. They reduce fatal overdose and improve access to treatment.

There are currently two supervised drug consumption facilities in Australia. One in Sydney’s Kings Cross has been operating for 20 years. Another in Melbourne’s North Richmond opened in 2018. A second Melbourne facility has been announced by the Andrews government.

Evaluations of safe injecting rooms around the world have shown these facilities can decrease criminal activity, such as robbery and property offences. They also reduce public injecting and discarded needles.

This was also the first time the survey asked about pill testing or drug checking.

More than half of the Australians (57%) surveyed supported drug checking, with only 27% opposed. The greatest support came from 14-39 year olds (61%), but there was still significant support from people over 40 (52%). 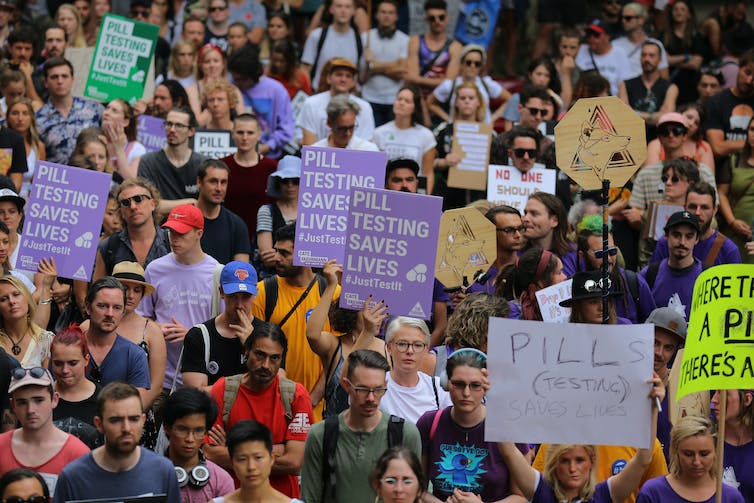 This is consistent with polls on the topic, with a 2018 Essential poll finding 59% of Australians suppport pill testing.

These facilities allow people who intend to use illicit drugs to get them tested by a chemist using special lab equipment. Usually, they also speak to a health worker. Testing can occur where people are likely to use the drugs (such as festivals) or separate from where people will use the drugs (for example, a health facility).

Although this service is common in the United Kingdom and Europe, it is very contentious in Australia.

However, the recent inquest into the deaths of six young people at various NSW festival the coroner recommended the state government introduce drug checking.

The survey also asked people how they would allocate $100 between education, treatment or law enforcement to reduce illicit drug use. For the first time, respondents allocated more money to education than law enforcement ($36.00 compared with $34.80).

This is at odds with government spending on alcohol and other drugs. A 2013 reportfound the majority was spent on law enforcement (66%), with only 22% to treatment and the rest to prevention (10%) and harm reduction (2%).

The results of the survey suggest an important shift in the community’s thinking, particularly about illicit drugs. Australians have moved further away from viewing drugs as a law enforcement issue and are open to a less punitive approach to drug policy.

Policy-makers should know they have the support of the Australian community to bring us in line with best practice around the world.