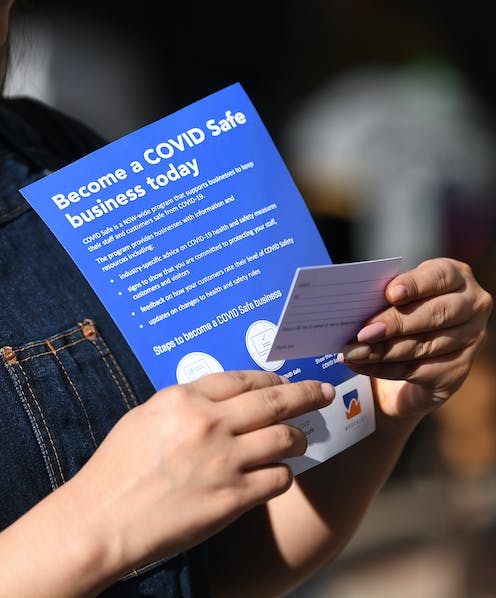 The government is set to continue a revamped and re-targeted wage subsidy when it delivers its Thursday economic statement amid massive uncertainty about the trajectory of COVID-19 in the two largest states.

Finance Minister Mathias Cormann on Sunday said JobKeeper would be extended but with changes.

“There will be some adjustments to the scheme to make sure it is appropriate for the next phase,” he said.

Thursday’s statement is being framed when it is unclear whether Victoria, under a new shutdown, will get on top of its second wave - Sunday’s tally was 363 cases for the previous 24 hours and three deaths – and things are at a tipping point in NSW, with 18 new cases.

Mask-wearing in public will be compulsory from midnight Wednesday in Melbourne and in the Mitchell Shire.

The NSW government announced late Sunday there will be further restrictions on entering NSW from Victoria. There will be a strict new border zone, tightened permit conditions and stronger enforcement powers.

The doubt about where the COVID-19 situation will go from here makes projecting the economic numbers extremely difficult.

Cormann told Sky businesses particularly severely hit by the crisis would need an extra period of support so they could hang onto their workers.

Towards the end of September – when the JobKeeper program was due to finish – it would be important to reassess which businesses should still be receiving the support, he said.

“In the first six months, irrespective of what happened to your turnover after you initially qualified, you were in.

"But as we go into this new period, there is a need to reassess whether that support is still needed for specific businesses.”

The government is trying to set a determinedly upbeat tone. “The situation now is better than what we feared would be the case now,” Cormann said.

He said the aid would not be specifically targeted to Victoria, but given the circumstances more businesses there would qualify.

The government is also dealing with the future of JobSeeker which was effectively doubled for the pandemic. It is expected to be lowered but not to the old level.

Cormann said: “The current enhanced JobSeeker arrangements come to an end at the end of September. We will, the same as with JobKeeper, in a responsible fashion, seek to phase this back into a more situation as normal.”

Scott Morrison announced at the weekend the parliamentary sitting fortnight that was due to start on August 4 will be cancelled.

He said Acting Chief Medical Officer Paul Kelly had advised there would be significant risk in having parliament sit then, given increased community transmission in Victoria and the trends in NSW. Kelly had advised the risks were “unlikely to be resolved in the next month,” Morrison said.

Morrison quoted Kelly as saying, “The entry of a high-risk group of individuals could jeopardise the health situation in the ACT and place residents at unnecessary risk of infection. In addition, the health risk to members and senators and their staff from other jurisdictions is a material concern.”

The next parliamentary sitting is now scheduled for Augusts 24.

Labor’s finance spokeswoman Katy Gallagher said parliament couldn’t continue to be cancelled every time there was an outbreak.

She said in light of businesses adapting, “it is going to require parliament to do the same thing”.

Meanwhile the Senate committee examining the government’s COVID responses, which she chairs, will convene extra hearings.