In recent days, both sides involved in Clive Palmer’s legal challenge against the Western Australia border closure have sought to highlight the importance of what is at stake.

WA Premier Mark McGowan has warned if the challenge is successful and the border re-opens “then potentially people will die”. Meanwhile, Palmer has emphasised that immediately re-opening the border

is crucial for the survival of the domestic economy and for the whole of Australia.

With Queensland announcing another border closure to Sydney residents today, the WA case could be pivotal.

It will set an important precedent and ultimately determine whether, and to what extent, state governments can close their borders to protect their residents against future outbreaks.

The legal challenge in WA

The WA government closed its border to everybody other than “exempt travellers” from April 5 to limit the spread of COVID-19. Palmer was refused an exemption to enter WA in May and responded by filing a constitutional challenge to the laws authorising the border closure.

The challenge focuses primarily on section 92 of the Constitution, which provides that

trade, commerce and intercourse among the states … shall be absolutely free.

The High Court has previously suggested this allows for restrictions on movement and travel that are reasonably necessary for legitimate state purposes.

The key constitutional question here is whether the current restrictions are proportionate and appropriately tailored to address the identified risk to public health.

In particular, the Federal Court is being asked this week to identify precisely what risks the COVID-19 pandemic poses to public health in Australia, and the extent to which border closures might mitigate these risks.

The Federal Court will not make a final decision about the constitutional validity of the border closures. Instead, it will determine the relevant facts in the case based on evidence presented by public health experts.

These facts will be critical to deciding the ultimate constitutional question.

The Federal Court hearing is only step one. Once these factual questions have been decided, the case returns to the High Court, which will determine the constitutional questions.

While the parties and courts have all acknowledged the importance of expediting this matter, the earliest this case could be heard by the High Court would be September. This means a final decision on whether the border closures are valid could still be weeks away.

Another important practical consideration is how the WA government may react if it loses the constitutional challenge. McGowan has already said

if the High Court rules that the borders have to come down that is the law of the land.

But any High Court decision will be based on the reasonableness of the current restrictions, and the court tends to limit its decisions to the particular facts before it. The judges are unlikely to speculate about whether alternative border closure restrictions may be constitutionally valid.

As such, one option for WA if it loses may be to remove the existing restrictions, but immediately replace them with amended restrictions that are adapted to the court’s ruling.

A win for Palmer in the High Court may not therefore necessarily result in the WA borders immediately re-opening. 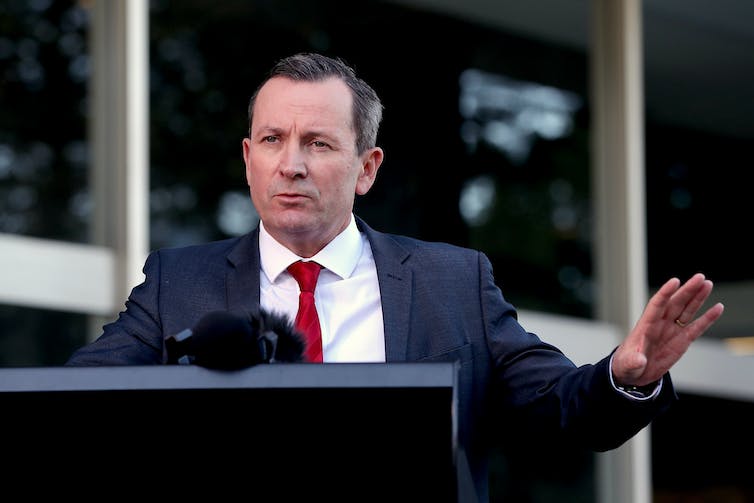 What will the High Court decide?

It is never possible to definitively predict the outcome of a High Court case. This is particularly true in the present case, given the specific constitutional issue at hand has not previously been directly considered by the court.

However, in cases involving questions of reasonableness and the balancing of public policy objectives, courts tend to err on the side of allowing governments a significant degree of discretion.

Read more: States are shutting their borders to stop coronavirus. Is that actually allowed?

For this reason, the WA government has a strong constitutional case, provided the Federal Court finds the expert evidence supports border closures being justified from a public health perspective.

This highlights the significance of the current Federal Court hearing. It would be extremely controversial for the High Court to invalidate border closures imposed by a state government if the expert evidence established a public health justification for the measures.

Indeed, this highlights a more fundamental question about who is best placed to make these types of decisions in a democratic society.

There is no objectively right or wrong answer to the question of whether state borders should be shut in these circumstances, or for how long. It is instead a judgement call that has to be made on the best information available at the time, and that requires the decision maker to balance a range of different public policy factors.

An elected government is best placed to make judgement calls of this nature. It can adapt its response as circumstances change and take into account community sentiment (which is important to ensure compliance).

A government will also be subject to a range of different accountability measures, including, ultimately, judgement by the people at an election.

Judicial decision-making is very different. It is necessarily based on the particular facts of a single case before the courts and is not adaptive to circumstances. The courts also do not need to consider the practical challenges of implementing a specific policy or regulation, and are not subject to direct democratic accountability.

These can be virtues when the courts are engaged in legal decision-making. They also demonstrate why the courts should not be involved in making decisions of a more political nature.

While there is a legitimate role for judicial scrutiny, the judgement calls required in a public health emergency are more appropriately left to the executive and parliamentary branches of government.

This democratic mandate granted to elected officials should be respected by the courts when considering the current challenge to the WA border closures, particularly given the importance of what is at stake.