Kylie Moore-Gilbert, a Middle East expert from the University of Melbourne, has now been held by the Iranian government for almost two years.

She was arrested in September 2018 and then convicted of spying and sentenced to ten years’ jail. She has denied all allegations against her, and the Australian government rejects the charges as baseless and politically motivated.

Until recently, Kylie has been in solitary confinement in Iran’s Evin prison, run by the Iranian Revolutionary Guard Corps. But this week, she was transferred to Qarchak, which is notorious for its brutal treatment of prisoners. 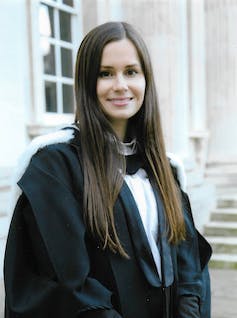 Kylie Moore-Gilbert has been detained in Iran for more than 680 days. Department of Foreign Affairs

Kylie is a colleague and a friend. For the past two years, I have been keeping silent in the hopes a quiet diplomatic approach would secure her freedom.

But it is hard to overstate how horrific this week’s development is. Australia needs to do more.

I am a Middle East analyst, who specialises in the Persian Gulf. In fact, Kylie and I first met because we both work on state-society relations in Bahrain. I can see, examining the treatment of other foreign political prisoners in Iran, that Kylie has been treated exceptionally poorly.

In letters smuggled out of Evin prison last year, Kylie wrote how she felt “entirely alone”. She has also written how her “physical and mental health continues to deteriorate”.

Media reports indicate Kylie was able to speak to her family about a month ago and Australian diplomatic staff have also been in contact.

However the Department of Foreign Affairs and Trade’s statement this week – that they are “urgently seeking further consular access to her at this new location” and “hold Iran responsible for Dr Moore-Gilbert’s safety and well-being” – suggests Australia was not consulted before her transfer to Qarchak.

On Wednesday, The Guardian reported a recording of Kylie out of Qarchak. Speaking Persian, she says:

I can’t eat anything. I feel so very hopeless […] I am so depressed.

Is this all two years of diplomacy has bought us?

Australia must do more

I am not speaking out now to challenge this quiet diplomatic approach regarding Iran. I am speaking because I believe more public pressure must be placed on the Australian government to ensure it is living up to its own rhetoric.

DFAT claims Kylie’s case is “one of the Australian government’s highest priorities, including for our Embassy officials in Tehran”.

But the amount of secrecy involved in the process means we cannot know if this is true.

Read more: The Australian government needs to step up its fight to free Kylie Moore-Gilbert from prison in Iran

Even though the situation is sensitive, there are avenues Australia can pursue on behalf of Kylie.

Based on my analysis of publicly reported cases, around one in three foreign political prisoners in Iran over the past five years have been released via a prisoner swap. This reportedly includes Australian tourists Jolie King and Mark Firkin who were arrested in Iran last year.

Based on publicly available knowledge, Australia does not currently hold any Iranian prisoners. However our key ally, the United States, does.

The politics are not straightforward

It must be acknowledged that the politics around this case are very complicated. Relations between Iran and the US and far from friendly - especially after the assassination of Iranian Revolutionary Guard Corps commander Qassem Soleimani in January 2020.

There is another problem, too.

Despite Australia maintaining constructive relationships with Iranian President Hassan Rouhani and Foreign Minister Mohammad Javad Zarif, they are not the key to securing Kylie’s freedom.

Read more: As pressure on Iran mounts, there is little room for quiet diplomacy to free detained Australians

The Iranian political system is fragmented and parts of the army, judiciary and intelligence agencies report to Iran’s Supreme Leader, Ayatollah Ali Khamenei.

Rouhani and Khamenei’s relationship is also poor and Khamenei’s influence has grown since Kylie was first incarcerated. Iran will hold presidential elections in 2021 and as Khamenei seeks to secure Iran’s future, he may attempt to empower a more hardline president. 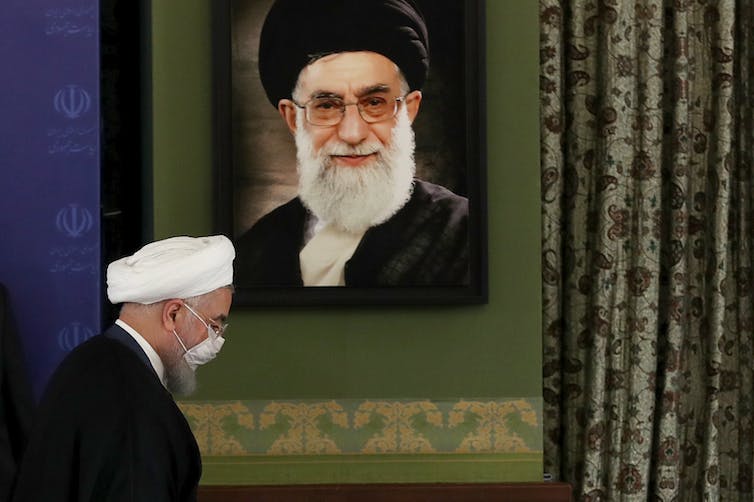 This means Australia must think outside the box to secure Kylie’s release. The solution to this crisis is undoubtedly a diplomatic one - and we clearly need to spend more diplomatic capital than we’re already using to fix it.

But it will become more difficult if we do not put sufficient resources into her release before the next presidential election.

This case is relevant for all of us

COVID-19 also makes Kylie’s situation more urgent. My assessment is the Australian government must urgently push for Kylie’s immediate transfer out of Qarchak prison, to a safe location where her consular access and health can be protected.

There is precedent for foreign detainees to be transferred to house arrest in embassies while cases are resolved.

Beyond the harrowing personal situation, Kylie’s case is also relevant to all of us. It fits a wider pattern, where the space for academic research is being narrowed in authoritarian states. This is occurring not just in Iran but in countries such as China, the United Arab Emirates and Saudi Arabia.

If this research cannot be conducted, or if the Australian government fails to protect its researchers who need to do fieldwork in these countries, this allows authoritarian states to silence criticism.

And then set the narrative about their internal politics as they see fit.