The Morrison government has finally unveiled the long-awaited new National Agreement on Closing the Gap.

After more than two years of consultation, and a year of negotiations, Prime Minister Scott Morrison was full of praise for the new agreement, saying it was “realistic” and would have “very meaningful impact”. Coalition of Peaks lead negotiator Aunty Pat Turner similarly described it as a “huge step forward”.

The new agreement is an important achievement by the Coalition of Peaks. This is yet another example of Indigenous people exercising their agency and should be applauded.

Notwithstanding this, close examination of the new targets reveal both important gains and unanswered questions about power sharing.

While some of the targets are associated with clear, quantifiable measures for annual reporting, this is lacking for others. Meanwhile, the level of transparency around governments, when it comes to the critical work of transforming their own agencies, is much more limited.

A revamped Closing the Gap

The new agreement represents extensive community consultations and negotiations between Indigenous organisations and all levels of government.

In a fundamental change from the original Closing the Gap framework in 2008, the new agreement has been driven by Indigenous organisations, represented by the Coalition of Peaks.

At its heart, it involves four “priority reforms” to change the way governments do business with Indigenous peoples. These include:

The agreement also sets 16 targets, with an emphasis on socio-economic outcomes for Indigenous peoples.

More targets, but the devil’s in the detail

The original Closing the Gap just focused on health, education and employment. The scope of what was announced on Thursday is much broader, taking in child development, youth education and employment, housing, the incarceration of adults and children, child removal, family violence, suicide, land and sea rights and language use.

In this sense, the new targets are a significant improvement, as the range of policy areas is better aligned with Indigenous demands of governments.

Read more: Reconciliation Week: a time to reflect on strong Indigenous leadership and resilience in the face of a pandemic

But there is also a great deal of devil in the detail. This can been seen in the target on Indigenous rights and interests in land.

The promised increase in the proportion of Australia subject to Indigenous legal rights or interests sounds positive (15% by 2030), but it will be limited in practice. It is likely to be met by weak “non-exclusive” native title rights, which give traditional owners little control over their Country. This target is also likely to be met anyway, without any government action.

A focus on socio-economic change, not self-determination

Other important targets — such as the headline promise to “close the gap in life expectancy within a generation, by 2031” — remains unlikely to be met in full. This was included in the original Closing the Gap agreement, yet Indigenous mortality rates have seen little improvement over the last decade. Unfortunately, this is unlikely to change dramatically by 2031, given the current burden of chronic diseases among Indigenous peoples. 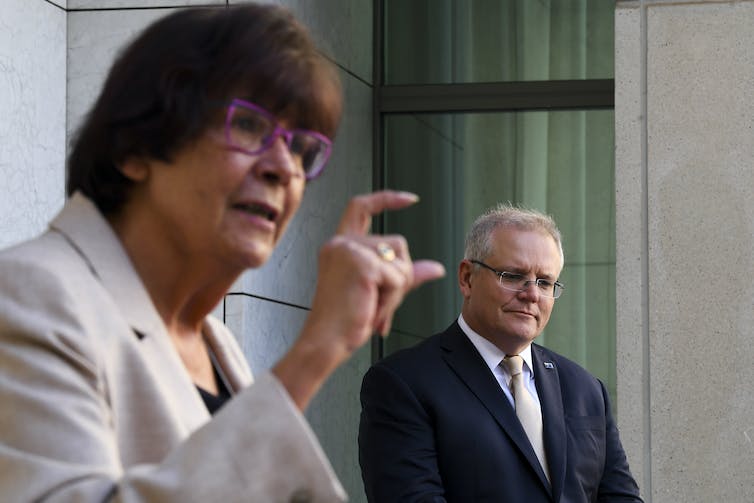 Some targets do not have clearly measurable outcomes. Lukas Coch/AAP

It must also be noted that with the exception of the targets around language use and land and sea rights, the new targets remain focused on reducing Indigenous socio-economic difference. They do little to enable Indigenous peoples to exercise self-determination in political and economic domains. Or give Indigenous people real control over activities happening on their Country.

The paradox at the heart of the new agreement is that it recognises targets can only be met through power-sharing. But fundamental power imbalances are not addressed. Political self-determination and economic autonomy are the very things governments have refused to commit to in the targets themselves.

Will this agreement work?

The new agreement is precariously placed. A great deal hangs on the implementation plans governments must now produce to meet these commitments. These plans — and the willingness and ability of organisations to implement them — may ultimately be more important than the targets themselves.

The unwillingness of governments so far to raise the rate of criminal responsibility, which is something firmly within their control, does not auger well for their commitment.

Read more: Lidia Thorpe wants to shift course on Indigenous recognition. Here's why we must respect the Uluru Statement

There is also a lack of specific and identified funding. While there is a recognition that “significant and effective use of resources” are needed, there are few promises to provide them.

Further, the newly found enthusiasm for “partnership” with Indigenous people carries significant risks. What is unclear in the new agreement is who is responsible for what and at what point.

The lack of clear and agreed ownership risks misunderstanding. Exactly what are the mechanisms to hold people and governments to account?

Ultimately and importantly, however, this new agreement has created an adjustment of attitudes. It sets a standard against which government actions can be measured, and provides a genuine chance to end the tyranny of low expectations when it comes to Indigenous affairs.