In our series Art for Trying Times, authors nominate a work they turn to for solace or perspective during this pandemic.

During the lockdown in Sydney, I turned to my shelf of well-loved books and found Antoine de Saint-Exupéry’s The Little Prince. Browsing through it again, I realised that the situation in which the book’s narrator finds himself uncannily resembled my own: crash-landed in the middle of a desert, his plane’s motor broken, he had nowhere to go.

He was stuck – stuck in a place that seemingly provided little hope of surprise or wonder.

The first night, then, I went to sleep on the sand, a thousand miles from any human habitation. I was more isolated than a shipwrecked sailor on a raft in the middle of the ocean.

But little did he know! The next morning, a boy appears seemingly out of nowhere who claims to be a prince from a faraway planet.

His account of intergalactic travels takes the desert castaway to a number of places as strange as they are familiar: one planet inhabited by a king and nobody else, another by a conceited man, a third by a lamplighter, a fourth by a businessman, a fifth by a tippler and so on. 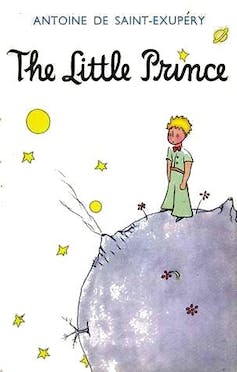 In Saint-Exupéry’s book, first published in French in 1941, the point is that all these individuals live in their own little worlds. The king believes everybody arriving on his planet to be a subject. The conceited man considers each comer a potential admirer. The lamplighter turns the single streetlight on his little planet on and off, on and off, multiple times a day. The businessman counts all the stars he can see in the belief this will make them his own. The tippler drinks to forget that he feels guilty for drinking. Even though they pursue different ends, there is a certain uniformity to these characters: in the uncompromising resoluteness with which they apply themselves to their tasks, they reduce and diminish their lives and worlds. Read more: P.G. Wodehouse in a pandemic: wit and perfect prose to restore the soul The lockdown cuts back the radius of our actions. Even though some of the frantic activity that defines our days continues online, it deprives us of many of our usual interactions. No more twice-daily commutes, no more school runs, no more rushing to social engagements, no more travel. Rather than looking for adventure outside, in public and faraway places, lockdown involves taking a fresh look at things close to home. And this long hard look in the mirror can bring the realisation that our pre-pandemic lives resembled those of the king, the conceited man, the lamplighter, the businessman, and perhaps even the tippler in more ways than we are prepared to admit. ‘People where you live,’ the little prince said, ‘grow five thousand roses in one garden, … yet they don’t find what they are looking for.’ In some sense, and in addition to other central themes such as love, friendship and loss, The Little Prince is a story about looking: about how we see only what we are prepared to see; about the narrowness that can come with our perspectives, professional and otherwise; about the way grownups and children look at the world differently. Read more: It's Always Sunny in Philadelphia, the funniest, filthiest comfort TV around Moments of rupture, of crisis, and distress, when everything we took for granted suddenly seems up in the air, always also harbour an opportunity to take stock and to reassess. To look at our life and the lives of those around us from the point of view of an intergalactic traveller, or, indeed, a child. ‘Men,’ said the little prince, ‘set out on their way in express trains, but they do not know what they are looking for. Then they rush about, and get excited, and turn round and round…’ Back home in lockdown with my little daughter (aged seven), I was fortunate to have my own guide who took me to once familiar but long-forgotten places: listening to the sounds of the sea in an empty seashell; throwing paper planes down a cliff; blowing dandelion seeds; gazing at the stars at night. Our radius had shrunk considerably. And yet the world seemed rich and marvellous and full of wonder. At one point in the book, the little prince explains to the castaway that real seeing is not even a physical activity but a matter of the heart. And now here is my secret, a very simple secret: It is only with the heart that one can see rightly; what is essential is invisible to the eye. 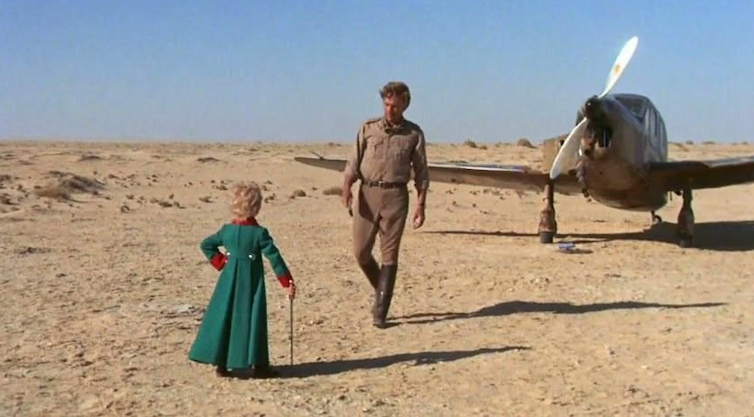 Richard Kiley and Steven Warner in a 1974 film version of The Little Prince. Paramount Pictures What changes our world and our being in the world is that there are things, activities, and people we care for deeply; and we make them as special (for us) as they are. In Saint-Exupéry’s book it is a flower with four thorns back on his home planet, that the little prince misses and holds dear. But it could be anything, really … Saint-Exupéry’s book ends with the little prince returning home and the narrator repairing his plane and returning to civilisation. And yet, he never looks at the world again with the same eyes. The knowledge that somewhere up there among the myriad little planets there was one with a prince and his beloved flower, a sheep, and three volcanoes (one extinct) made all the difference. And what about us? Will we too look at the world differently once this has passed? Or will we return to the routines and habits that defined our worlds before? Ask yourselves: Is it yes or no? Has the sheep eaten the flower? And you will see how everything changes …