Many industries and employees have been hurt by COVID-19.

But sex workers, who face stigma and discrimination at the best of times, have been hit particularly hard by the pandemic.

The United Nations has warned,

As a result of the COVID-19 pandemic, sex workers all over the world are experiencing hardship, a total loss of income and increased discrimination and harassment.

As both a researcher in the area and sex worker myself, I have seen how sex workers have been an afterthought in Australia’s responses to COVID-19. And how it has been up to sex workers yet again to protect their community, underscoring the importance of decriminalising sex work.

“Sex work” is an umbrella term, describing the exchange of sexual services for money or other reward. The use of the term “sex worker” over “prostitution” reiterates that sex work is work and sex workers are deserving of the same rights and protections as any other profession.

There is no official data on the number of sex workers in Australia, but in 2014, the UN estimated there were 20,500. 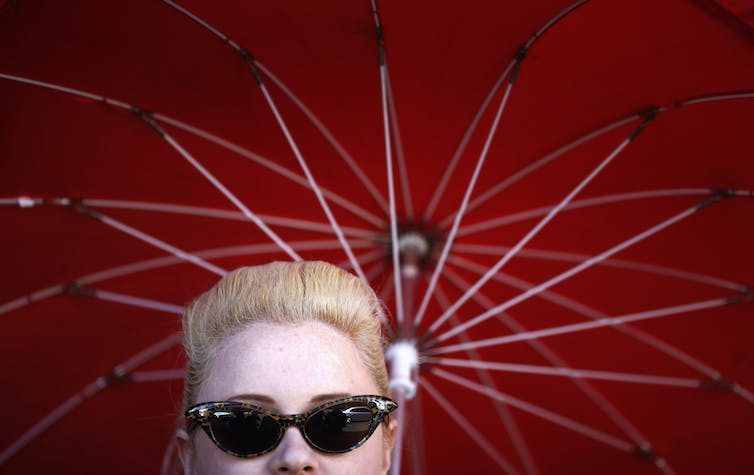 It’s estimated there are more than 20,000 sex workers in Australia. Tim Wimborne/AAP

Sex workers globally have long lobbied for the full decriminalisation of sex work. But in Australia, laws differ from state to state.

For example, sex work is largely decriminalised in New South Wales and the Northern Territory, while in Victoria and Queensland , some sex work is legalised.

Sex work is still criminalised in South Australia and Western Australia, while in Tasmania, brothel work and street based sex work is illegal, but private sex work is not. It is legalised in the ACT, where sole operators don’t need a license.

Legalisation creates a two-tiered system, where compliance is low and sex workers are heavily policed. For example, a 2012 Kirby Institute report estimated 50% of Victorian sex workers operate outside of the law.

What has COVID meant?

When COVID-19 hit in March, the federal government listed brothels, strip clubs and sex on premises businesses as prohibited venues. This obviously had dramatic and immediate implications for sex workers. 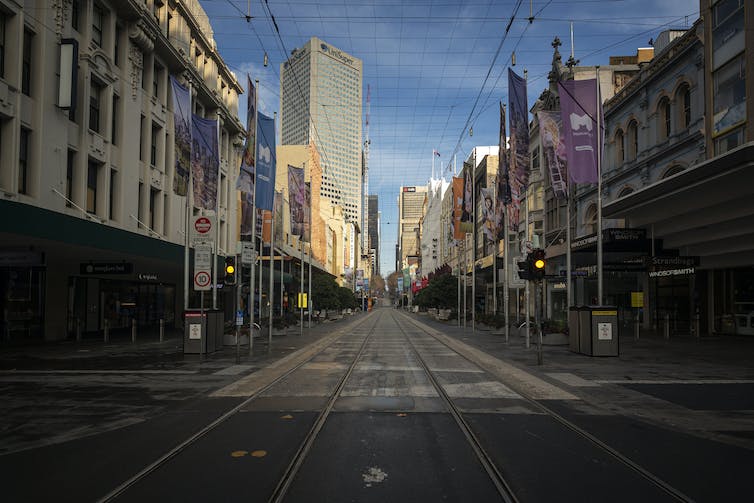 COVID lockdowns have had a dramatic impact on sex workers. Daniel Pockett/AAP

For example, sex workers have been able to continue working outside of brothels in NSW. In Queensland and Victoria, brothels were closed and private sex work was banned.

As national peak body Scarlet Alliance notes, sex workers predominantly work for sex industry businesses as independent contractors. Or they are sole traders who work for themselves. So, some sex workers have been eligible for the JobKeeper Payment or the JobSeeker Payment with its additional Coronavirus Supplement. But for others, government support has not been an option.

As Scarlet Alliance further explains, sex workers’ need for privacy and to protect themselves from stigma

can make it difficult, and in some cases impossible, for them to account for prior earnings if they now need urgent government support to survive.

Some sex workers have adapted their business model for the pandemic, by moving online. But the sex worker community is also hearing stories of sex workers facing homelessness and housing instability, along with difficulties buying food and basic items and paying bills.

The National Cabinet of Whores

As the pandemic took hold in Australia, sex workers quickly realised they would need to support themselves.

In March, Scarlet Alliance, along with other Australian sex worker organisations, formed a working group known as “the National Cabinet of Whores”. Meeting every week, the Cabinet of Whores has developed advice around financial support, pandemic restrictions and back-to-work requirements.

It has also developed harm reduction advice for in-person work, such as not working if feeling unwell, screening clients and washing hands after touching money. These materials have also been translated into Chinese, Thai, Korean and Vietnamese.

The Cabinet of Whores has been crowdfunding to try and provide extra financial support for sex workers who have lost income and issued advice around transitioning to online, non-contact work. This includes webcam and phone sex work, offering social time on the phone or online and selling pictures and videos.

The importance of peer education

While some state governments have now developed COVID-safe plans for sex workers (led by sex workers), the public focus has been on policing the industry during the pandemic.

This emphasis damages ongoing efforts within the community to work safely.

The lack of clarity from governments about how and when services can re-open has also hurt efforts to help sex workers to earn an income and do it safely during COVID-19.

Read more: The stigma of sex work comes with a high cost

Sex workers have a strong tradition of working as a community to keep safe, supported and healthy.

Importantly, research also shows how self-determination and peer education are more effective when it comes to protecting sex workers’ health, than criminalisation and police responses.

So, decriminalisation is key

COVID-19 has demonstrated once again how sex workers can mobilise to support themselves and reach marginalised members of their community.

However, it also shows how the patchwork of different laws in Australia can create confusion and makes things especially difficult in a crisis.

Rather than policing sex work, governments should focus instead on supporting peer education and harm reduction efforts. These are best practice models and are long-term solutions.

Sex workers are closely watching a Victorian government review, due to report in September, on the decriminalisation of sex work in the state. The campaign to decriminalise sex work in South Australia also continues. This week, the NSW Greens introduced a private members’ bill to protect sex workers from discrimination.

Full decriminalisation of sex work in Australia is critical. As this will enable all sex workers to access occupational work, health and safety protections and supports, just like other Australian employees.

This was important before COVID-19. It obviously even more critical now.