Earlier this month, there were media reports that Liberal backbencher Craig Kelly had posted to Facebook advocating the anti-malarial drug, hydroxychloroquine, as a treatment for COVID-19.

Kelly went so far as to suggest Victorian Labor Premier Daniel Andrews might have to do some solid prison time after blocking its use. It might be recalled that Kelly’s preselection for the federal seat of Hughes had been in some difficulty before the last election, until he was reputedly saved by his leader, Scott Morrison.

What was remarkable about Kelly’s recent intervention in favour of a drug advocated by Donald Trump, but whose efficacy is not supported by research, is not that it was out of character. Kelly has said many outrageous things over the years. Rather, Kelly’s comments seemed to belong to “a long time ago in a galaxy far, far away”, to those olden days before the pandemic changed the world.

Read more: When Trump pushed hydroxychloroquine to treat COVID-19, hundreds of thousands of prescriptions followed despite little evidence that it worked

Back then, expert opinion was bunk, saying the unsayable could get you a week of media attention and a regular gig on breakfast television, and you could be confident that you were doing your leader a good turn by revving up the base while he went after the middle ground in his baseball cap and rugby top.

As I said, avant le pandemic.

In Australia, the hyper-partisanship of those times now seems to be confined to the fringes of mainstream politics – and the Liberal opposition in the Victorian parliament.

Scott Morrison has resisted promptings from his own side of politics to attack Labor state premiers, including Andrews during Victoria’s current ordeal. The anti-science, anti-reason discourse that wrecked climate change policy has never been as at home in the world of COVID-19 in this country. It instead finds its place among a sprinkling of “sovereign citizens”, social media obsessives of a certain kind, and in the occasional newspaper column that few read and fewer still take seriously.

In Australia, the centre always holds

Pessimism about the state of Australian politics over the past few years has obscured a significant point that the pandemic has shown up starkly: the centre has held. The historian Stuart Macintyre pointed this out as long ago as 2017, in his Geoffrey Bolton Lecture. Australia, along with Canada and New Zealand, have from time to time experienced right-wing populist mobilisations – think Joh-for-PM and Pauline Hanson – but these have been “ephemeral”. That is also true of the right-wing insurgency of the recent past. 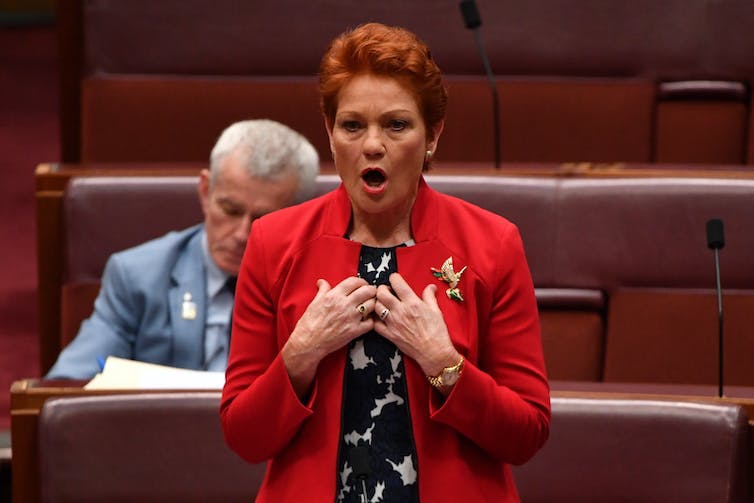 Right-wing populist mobilisations in the past, such as that led by Pauline Hanson, have not been sustained. AAP/Mick Tsikas

That insurgency contributed to climate policy failure; although it would not have achieved that result without the Murdoch media and the resources industry. It helped destroy Malcolm Turnbull’s prime ministership; but he also had a big hand in that himself. It helped get Peter Dutton within five party-room votes of the prime ministership; yet that would not have happened without the spinelessness of some of Turnbull’s erstwhile allies. It got Pauline Hanson’s One Nation a few seats in the federal upper house, where they subsequently managed to persuade Coalition senators that a resolution proclaiming “it’s OK to be white” was worthy of affirmation. But the Coalition soon changed its collective mind and, with Labor’s cooperation, was able to vote the other way the next day.

Still, it has been a politics of stunts and pinpricks rather than of transformation or revolution. And while Australian survey after survey has in recent years revealed disillusionment and distrust with politics and politicians, there is no evidence Australians generally gave up believing that government capable of looking after them.

Australian governments are good in a crisis

Historically, Australian governments have done better at dealing with crises than managing prosperity. The 2019-20 bushfire crisis and COVID-19 pandemic, especially the latter, have largely conformed to this pattern. Governments of all stripes have made many mistakes. But most Australians are sufficiently aware of what is happening elsewhere in the world, and what a worst-case scenario might actually look like, to realise that while their governments could be better, they could also do a whole lot worse.

For the time being, this attitude is a boon to incumbents. For Morrison in particular, it has been a very good pandemic. The man who went to the last election making a virtue of having little to offer except that he would stop Labor coming after your money now had serious work to do. And he has generally muddled along well enough. Sometimes, he’s needed to resist his worst instincts and sometimes, as when attending a Rugby League game as a new wave of infections hit Melbourne, not quite managing to do so.

If the Churchillian qualities identified in political commentary of the sub-literate kind are there, Morrison keeps them well hidden. Rather, if you enjoy comparison with British politics, Harold Wilson would be closer to the mark. Morrison improvises as each crisis comes along, without too many backward glances at what he claimed to believe wholeheartedly yesterday. The policies are sometimes bad, sometimes OK, and sometimes confused and confusing. But they are always well calculated to get him through to the next crisis – and with a sly peak ahead to the next election.

The various twists and turns of federal government policy on JobSeeker, JobKeeper, childcare, superannuation and so on keep the show on the road, especially while eyes are turned to each day’s announcement from Victoria. The reduction of parliamentary sittings has reduced opportunities for the pyrotechnics that oppositions need if they are to get any public attention.

Read more: Remembrance of rorts past: why the McKenzie scandal might not count for a hill of beans 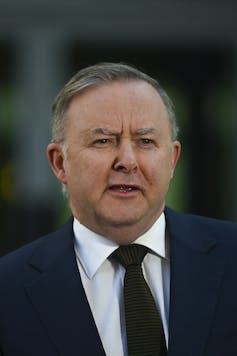 Anthony Albanese has kept a low profile in the pandemic. AAP/Lukas Coch

Most politicians want to be seen to be cooperative and constructive, even when it is their job to hold the government accountable. Scandals such as “sports rorts”, which would otherwise have been a running sore, fail to regain traction. Journalists are more interested in pursuing the Andrews government over failures in hotel quarantine than the Morrison government over failures in aged care. Labor leader Anthony Albanese keeps a low profile in a time dominated by those with the power to make decisions.

And after the pandemic?

None of this seems likely to survive the end of the crisis signalled by the Victorian outbreak. At that point, Australians are likely to become more insistent on what the federal government will do to alleviate unemployment, business failure and household insolvency. They might also expect it to take a stronger hand in the matter of whether state borders remain open or closed. On this matter, the only consistency in its position has been its lack of consistency.

Can we afford, possibly for the next couple of years or more, to shut down a border every time the infection rate moves into double figures in a state the size of New South Wales, as Queensland has just done? Or to close down travel to Queensland from the Australian Capital Territory, which has no active cases at all? Can this really be consistent with section 92 of the Constitution? (We may soon know.)

Much in our lives that we took for granted before the pandemic is likely gone forever. But the one area in which snapback is likely to apply is the daily humdrum of Australian politics. In recent months, our politicians have had seriousness thrust upon them, following more than a decade in which there was almost no issue they were unwilling to leave to the future to solve.

In the COVID era, the future comes at you quickly.