As COVID-19 lockdowns were introduced, we all suddenly had to find new ways of doing things. Schooling shifted online, meetings moved to Zoom, workplaces brought in new measures and even social events have changed to minimise physical interactions.

Many of us have found it hard to adapt to these transformations in our lives. Our research into memory, learning, and decision-making suggests part of the reason is that, for our brains, the change didn’t simply involve transferring existing skills to a new environment.

More often, our brains are in effect learning entirely new skills, such as how to conduct a meeting while your cat walks across your computer keyboard, or how to work while filtering out the sound of kids yelling in the garden.

However, our research may also offer some reassurance that in time we will come to terms with a new way of life.

Read more: How memories are formed and retrieved by the brain revealed in a new study

Our new research, published in Nature Neuroscience, offers some suggestions about why doing new things can initially be so difficult, especially in a new or changing environment, but gets easier over time. Our findings indicate our surroundings have a changing influence on our choices and actions over time, and our brains process them differently as well.

We taught rats how to perform new actions, such as pressing a lever for food, in one place. Next, we moved them to another room with different wallpaper, flooring, and odours.

We then “asked” them to perform the same actions to receive a reward, but they were no longer able to do so. It was as if the rats needed to recall all the details of the memory of learning the task to perform it correctly, including the seemingly irrelevant ones. 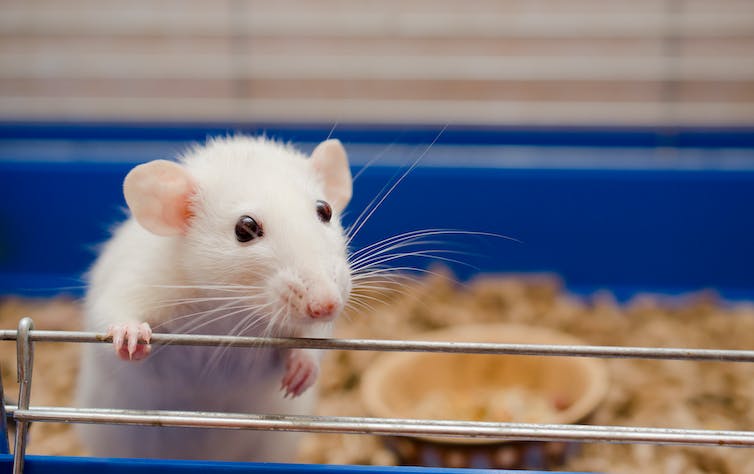 Even rats forget new skills when they’re moved to an unfamiliar environment. Shutterstock

Things were different when we tested the rats again a week later. By this time they could make accurate choices in either environment.

We also found that if we inactivated the hippocampus, the part of the brain that encodes detailed memories of the environment, rats could no longer perform a task they had just learned. However, they could still accurately perform tasks they had learned some time ago.

What this means for people

Our findings suggest that with experience and time, there’s a change in both the psychological mechanisms and the brain mechanisms of learning how to do new things and make choices.

While the hippocampus appears to be crucial for a brief period, it becomes less important as time goes on.

If even details that ultimately prove irrelevant are necessary for us to remember a new skill in the early stages of learning, this may help to explain why new behaviours can be so difficult to learn when our circumstances change. For our brains, working from home may be like learning a whole new job — not just doing the same job in a new place.

But the good news is it gets easier. In the same way rats eventually adapt to a new environment, we humans can learn to work with Zoom calls and interrupting pets.

These findings may also help us understand conditions in which the hippocampus is damaged, such as Alzheimer’s disease and other neurodegenerative disorders, as well as psychiatric disorders such as depression and substance abuse. In time, better understanding could lead to insight into how people with such diseases might regain some functionality.

The implications for humans do come with caveats, of course: our study was done in rats, not people. But if you have struggled to adapt to a new way of doing things during this pandemic, we hope that it is of some comfort to know you are not alone. Rats, too, struggle to learn how to do new things in new places — but it does get easier over time.