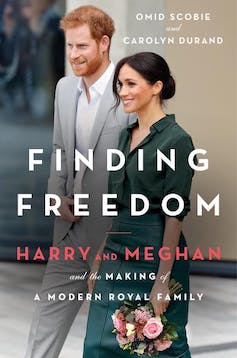 A new book about the Duke and Duchess of Sussex is generating sensational headlines about their private life, defiance of Queen Elizabeth and how Prince William “behaved like a snob” to his future sister-in-law.

It is also the latest foray of British royals into the minefield that is royal biography.

Finding Freedom: Harry and Meghan and the Making of a Modern Royal Family, by royal reporters Omid Scobie and Carolyn Durand, promises stories about how the royal couple has struggled with “the many rumours and misconceptions that [have] plagued” them since their 2017 engagement.

According to numerous reports, this also includes tales of their clashes with palace officials and members of their own families, as well as their courtship and ill-treatment by the British press.

A spokesperson for the couple has firmly said they “did not contribute to ‘Finding Freedom’”. But there is widespread speculation Harry and Meghan were nevertheless involved, given the level of detail in the book.

According to the publishers, HarperCollins, the biography has been produced with “unique access and written with the participation of those closest to the couple”.

We’ve seen this before, and it is a tale that seldom ends happily or well. In 1976, John Wheeler-Bennett, official biographer of George VI, observed royal biography is

not to be entered into advisedly or lightly; but reverently, discreetly, advisedly, soberly and in the fear of God.

The royals are not supposed to go on the record and speak of private matters. The dictum ruling the House of Windsor for the best part of the 19th and 20th centuries was they should “never explain, never complain”.

In 1947, when hearing of a former servant’s plans to write about her time in royal service, the Queen Mother summed up the royal family’s strong expectations when she said:

people in positions of confidence with us must be utterly oyster.

Subsequently, the royal family was dismayed when the Duke of Windsor fed his story to a ghostwriter in 1951’s A King’s Story, outlining his own version of the abdication crisis. Prince Philip also disapproved strongly of Prince Charles’s candid revelations in Jonathan Dimbleby’s 1994 book Prince of Wales: A Biography and subsequent interview.

Prince Harry could also have learned some valuable lessons from his own mother, who flouted the “utterly oyster” rule. 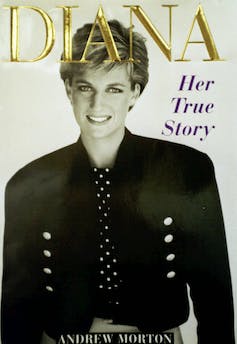 Diana: Her True Story generated waves of controversy for the Princess in 1992. PA/AAP

Diana, Princess of Wales, was behind the most famous royal biography of all time when she commissioned Andrew Morton to “ghost” her tale of marital woe and royal suffering with the 1992 tell-all Diana: Her True Story.

Her True Story was a huge commercial success - having sold more than ten million copies as of 2017. But after the book’s publication, Buckingham Palace and conservative media outlets went after Morton, expressing disbelief a royal princess would talk to a tabloid journalist with no official royal biographer status.

After publicly eviscerating Morton, and the airing of Diana’s explosive 1995 Panorama interview, the palace and establishment then went after Diana. Conservative MP and close friend of Prince Charles, Nicholas Soames, claimed she must have been “in the advanced stages of paranoia” to have been disclosing the types of things she had.

Diana thought Her True Story would act as a passport to freedom. She hoped it would help her separate from the royals, while keeping her privileges intact. As journalist Tina Brown wrote in her 2007 book, The Diana Chronicles, the princess thought she would get to keep all

the good bits of being a princess and doing her own global thing without Charles around to cramp her style. She did not factor in the power of royal disapproval and its consequences.

Nor did she factor in “the risk of … the Palace ‘going nuclear’ and continuing until there [is] nothing left”.

Critically, Diana had thought the revelations in Her True Story would invite her estranged royal relations’ sympathy. As Brown also notes,

she had been so long in her private panic room she thought this deafening public scream would solve the matter once and for all.

Brown records how Diana quickly regretted the book, telling her friend David Puttnam shortly before the book’s release in 1992,

I’ve done a really stupid thing. I have allowed a book to be written. I felt it was a good idea, a way of clearing the air, but now I think it was a very stupid thing that will cause all kinds of terrible trouble.

Diana was right. The biography and the Panorama interview hastened Diana’s exit from the royal enclosure. This gave her a short spell of relief and exultation. But this was followed by unhappiness that she had to live, in effect, in exile.

With release of another sensational royal biography - that very much gives one side of the story - the parallels between Diana and her son are uncanny.

Harry and Meghan obviously already have a rocky relationship with the palace, given their split with the royal family in March. 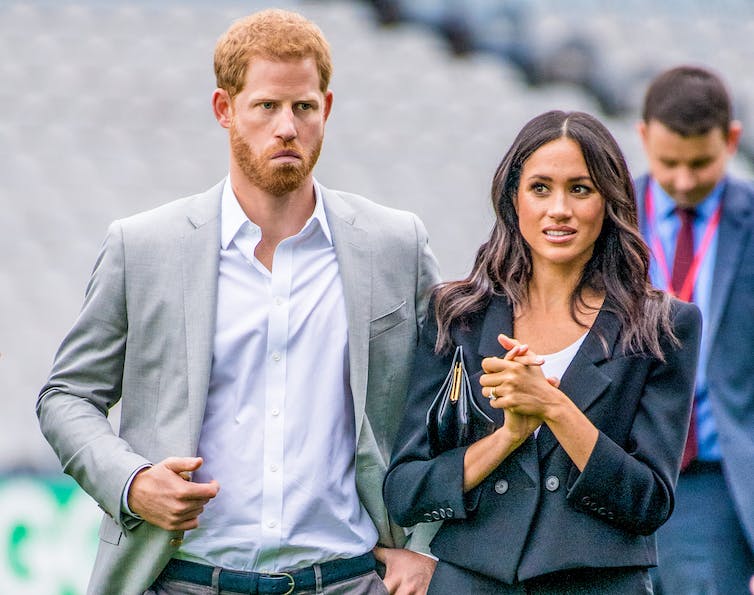 Harry and Meghan are trying to win the PR war, but history suggests a ‘tell-all’ book is a dangerous move. DPPA/AAP

Their latest public pronouncement about their “true story” (albeit via interlocutors) is the latest salvo being fired in the long-running soap opera known as “The Windsors”. It has obviously been made to try to win a public relations war. Indeed, public relations is what the royals do. They don’t have “jobs” as such, but merely have to be “seen to be”.

Finding Freedom might have felt like a good idea to the Sussexes — an opportunity to set the record straight - but as Diana’s experience suggests, they may well come to regret the opening of their particular oyster of royal rage.

Their contribution of yet another chapter to the Windsor soap is one that will likely prove unstoppable, insatiable even. And one thing is almost certain: Harry and Meghan will very probably lose any editorial control they thought they had over their own story.