His “poems are as urgent and accessible as headlines, though infinitely more beautiful”, the broadcaster Phillip Adams wrote of the Australian poet Philip Hodgins.

August 18th marks the 25th anniversary of Hodgins’ death, but the passage of time hasn’t blunted this urgency.

Many poets seem strangely fated to their early deaths, and for the short time they have, write with fervour. Keats, who died at 25, left a substantial body of work; the Australian poet Michael Dransfield was particularly prolific in his equally brief life. So too with Hodgins, who was diagnosed with leukaemia when he was 24 and given just three years to live.

Hodgins mastered his craft quickly. His first book Blood and Bone (1986) won the Kenneth Slessor Prize for Poetry, and he wrote as a man condemned, producing four more full-length collections and a verse novella over the next nine years.

Mortality would remain Hodgins’ central theme, colouring his other writings with irony and pessimism. Fate is depicted as capricious. The Five Thousand Acre Paddock simply records:

There was only one

tree in all that space and he

drove straight into it.

The English poet Philip Larkin was undoubtedly an influence on Hodgins’ work. Imbued with a similar scepticism, Hodgins shares Larkin’s sense of craft and the knife-twist of his memorable endings.

He also has Larkin’s eye for a telling detail. By turns, objects are permeated by menace or a peculiar sadness. A kite, “haggles over length” and “pesters the sun like an insect / at a light”; The Scarifier – a machine used for breaking up the soil – is “a rigid grid of broken ribs”. 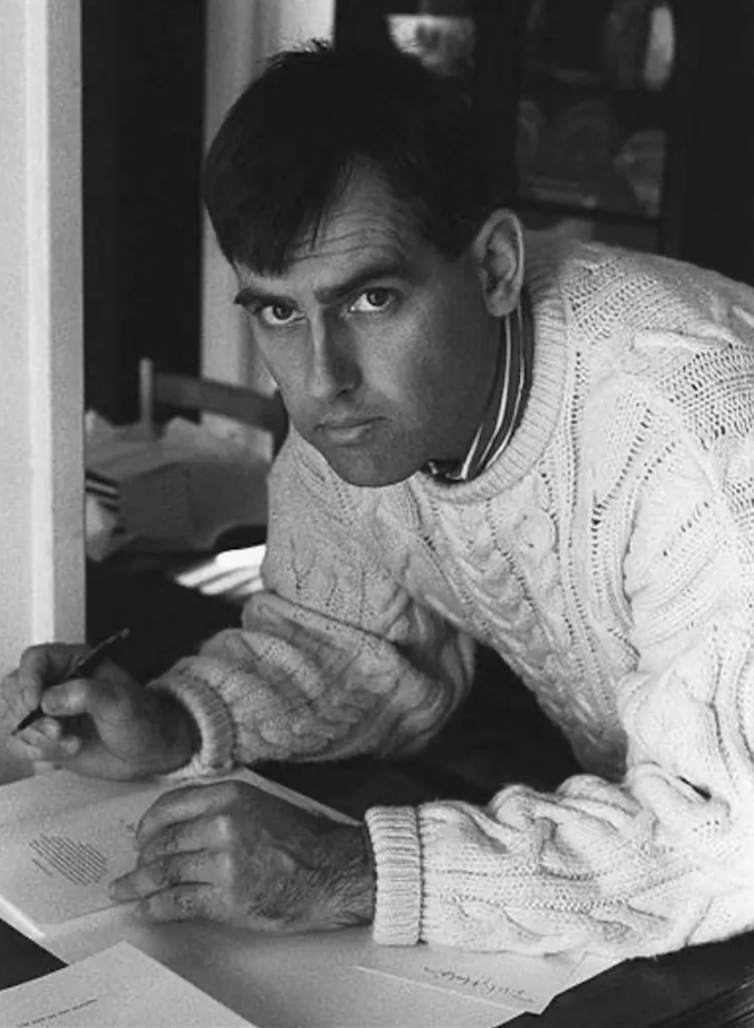 Philip Hodgins permiated objects in his poems with menace or sadness. Alec Bolton/National Library of Australia

The nearness of death haunts many of Hodgins’ poems. The Birds, a sonnet in tetrameters, sees the poem’s speaker lying awake at dawn after a sleepless night, listening to the birds “on the go”, compared to “the frequencies / of many twiddled radios”. It ends with the sobering couplet:

I’ve been rehearsing death each night

and still I haven’t got it right.

Death draws closer in another sonnet from Hodgins’ final collection, The Last Few Days and Nights.

The sentiment is reminiscent of medieval double-decker transi tombs. Individuals, no matter their status, are equal in death.

The rhymes are understated, either partial (“suits / shorts”) or land on an unstressed syllable (“mortuary / identity”) and the sonnet’s loose rhythms create a conversational tone. So the sting of the ending catches a reader unawares as the poem both narrows to a point and turns on a paradox. What can be more intimate and yet, at the same time, more coldly clinical and impersonal than surgery?

The way things are

Rural life is the other major theme in Hodgins’ work. He grew up on a dairy farm near Shepparton, Victoria. After a decade in Melbourne, working in the publishing industry, he returned to the country with his wife, Janet Shaw, settling near Maryborough.

Violence is foregrounded in poems that question the pastoral mode. Even pets are expendable, their murder presented as an understandably harsh necessity. 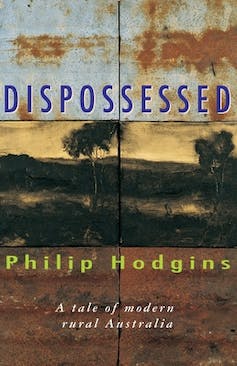 Environmental crisis and economic pressures loom in the background but come sharply into focus on occasion. The plot of Dispossessed (1994), Hodgins’ verse novella, details the trials of a poor rural family who have over-borrowed and are facing eviction. Today the work is even more topical given the exploitation of dairy farmers through the ruthless supermarket price wars. In “Shooting the Dogs” the theme of mortality converges with the poet’s rural preoccupations. This dramatic monologue presents the dilemma of a rural family moving to the city. Unable to rehome their two dogs, they are forced to put them down. The personalities of the dogs are portrayed unsentimentally through details and incidents. They were, the speaker concedes, “not without their faults”. In contrast to the stories he has heard of dogs knowing when their time has come, these dogs “didn’t have a clue”. Hodgins eschews any greater meaning attaching itself to this event other than the stoic acceptance of the way things are. The poem ends with the speaker stating matter-of-factly that he buried the dogs behind the tool shed, “one of the last things [he] did” before leaving. But the final image lodges in the mind and, ultimately, expresses more about the lot of the new class of rural poor than it does about the fate of the dogs: Each time the gravel slid off the shovel it sounded like something trying to hang on by its nails. From the publication of his first poem, Hodgins had a mere 15 years to write. In that short time, he produced an oeuvre as profound as it is accessible. A quarter of a century since his death, his work is as fresh and urgent as ever.