On top of announcing three Renewable Energy Zones this week the Queensland Parliament paved the way for an exclusive deal to build one of the biggest onshore wind farms in the Southern Hemisphere.

With up to 226 wind turbines in state-owned pine plantations, the 1,200 megawatt Forest Wind project could power one in four Queensland homes and help the state meet its target of 50% renewable-generated electricity by 2030.

The turbines will be a minimum of three kilometres from the nearest town. Because they’re sited in an exotic pine plantation, impacts on native flora, fauna, and habitats will be minimised. At first sight, Forest Wind looks like a model project. But look a little closer, and Forest Wind embodies many of the contradictions at the heart of Australia’s renewable energy revolution.

The current pace of Australia’s energy transition is breathtaking. But big projects like Forest Wind need to take local communities with them, and build a social licence for the energy transition from the ground up.

A community ‘kept in the dark’

As our research in the German state of Brandenburg shows, building towers 160 metres high – that’s higher than the Sydney Harbour Bridge – anywhere near settlements tends to lead to community opposition and lengthy delays.

Affected communities are much more likely to accept a massive wind farm on their doorstep if they feel they’ve been listened to by project developers, and can see clear benefits.

The three-kilometre “exclusion zone” for Forest Wind is twice the 1,500 metre minimum distance from settlements required under Queensland law. And project developers argue its location amid dense pine trees will provide “a natural buffer between Forest Wind and local residences”. 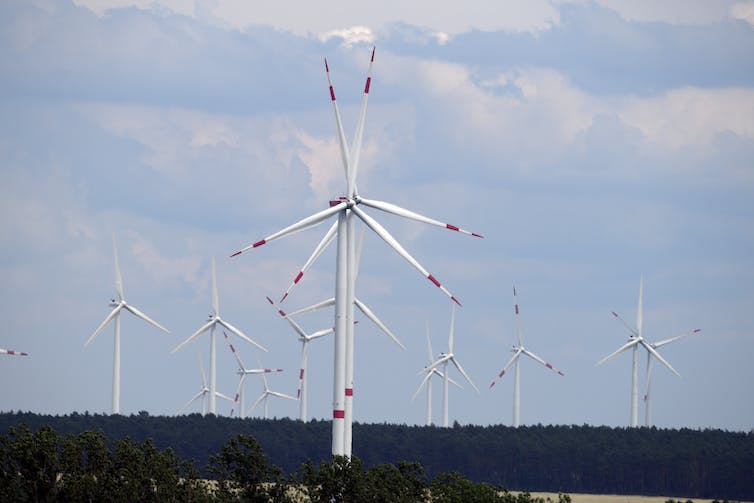 But local residents told a parliamentary committee in June they’d been kept in the dark about the project, claiming “it was kept secret from 2016 until the public announcement in December 2019”. They also expressed concern about its visual impact and proximity to bird migration corridors.

The developers and the state government seem to have followed the well-known and widely criticised “DAD” approach: Decide, Announce, Defend.

“DAD” may be common in current planning processes, but the people of the nearby Wide Bay community may feel that, so far, there’s not enough in it for them.

The Conversation contacted Forest Wind Holdings for a response to this article. A spokesperson said the project will provide the local community a long and ongoing opportunity to continually provide input.

Forest Wind is pleased to have received feedback from hundreds of people so far including at information days, online forums, letters and over the phone. […] Since the project’s announcement, COVID-19 has certainly impacted community consultation activities, as local halls have been closed and a planned wind farm tour has had to be cancelled.

Now that COVID-19 restrictions are easing, Forest Wind is establishing a Community Reference Group […] Forest Wind intends to work closely through the Community Reference Group to continue to understand the needs and interests of the local community and work in a collaborative and multi-stakeholder approach to address community concerns and develop initiatives that leverage the Project and deliver community benefits.

Elsewhere it’s becoming common for government-led renewable energy auctions to stipulate socio-economic objectives other than just capacity or price. In Victoria, one preference was to use labour and components from the state. In the ACT, one outcome was wider benefit sharing in the form of community co-investment.

Read more: Climate explained: are we doomed if we don't manage to curb emissions by 2030?

The Queensland government has fast-tracked Forest Wind through its Exclusive Transactions Framework, which gives preferential treatment to large-scale infrastructure projects. In other words, it’s picked a winner.

Forest Wind Holdings did not have to go through a competitive tender or auction process. Given the sheer size of the project, the state government had plenty of scope to negotiate better-than-average benefits for Wide Bay and the state. 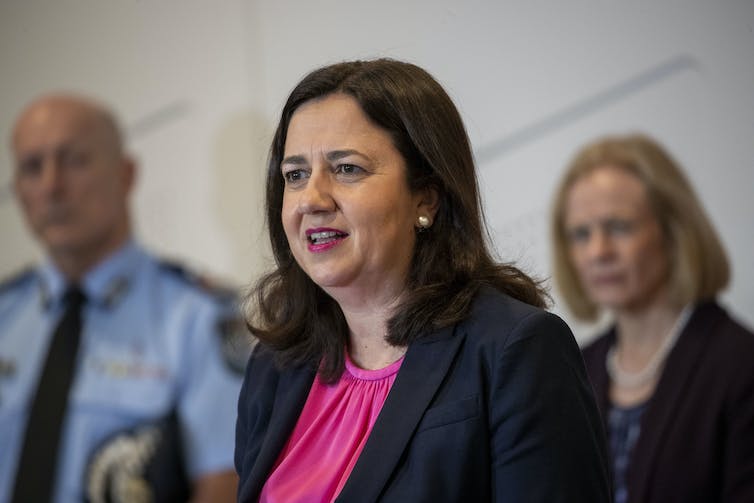 Then there’s a further issue: jobs. According to the project website, 50% of the jobs in the construction phase (around 200) and 90% during operations (about 50) can be filled by people in the Wide Bay region.

A Forest Wind spokesperson said there are “vast benefits” for the local people in Wide Bay, including job opportunities in the concrete and construction sector.

These are all real jobs, for which on-the-job training and on-the-job management and mentoring can benefit workers to skill-up in working on Forest Wind, on future wind farms, and increase the opportunity to apply skills and qualifications in other areas of the economy.

Forest Wind was originated by local Queenslanders and the development team are based in this local area of Queensland. Already there are real local jobs, with more local jobs to come as the project develops – this is a positive.

One clearly innovative aspect of Forest Wind is the requirement for an Indigenous Land Use Agreement, which provides negotiation rights for titleholders and compensation. Under legislation passed this week, the developer must negotiate a land use agreement where native title exists, and “the project cannot proceed without the free and informed consent of these individuals and communities”.

Read more: Why most Aboriginal people have little say over clean energy projects planned for their land

In contrast, last year the Queensland government extinguished native title over land in the Galilee Basin to make way for the Adani coal mine.

And the Adani mine is now only expected to offer only 100 to 800 ongoing jobs.

So let’s be clear: we should applaud Queensland’s decision to throw its weight behind the energy transition.

A recent report estimates that, with the right stimulus measures now, by 2030 there could be 13,000 Queenslanders working long-term in the renewable sector, and tens of thousands more short term jobs in construction.

Some 75% of those jobs would be in regional Queensland. The challenge is to ensure enough of them go to regions like Wide Bay.

And at a national level, Australia should look to Germany as a model. 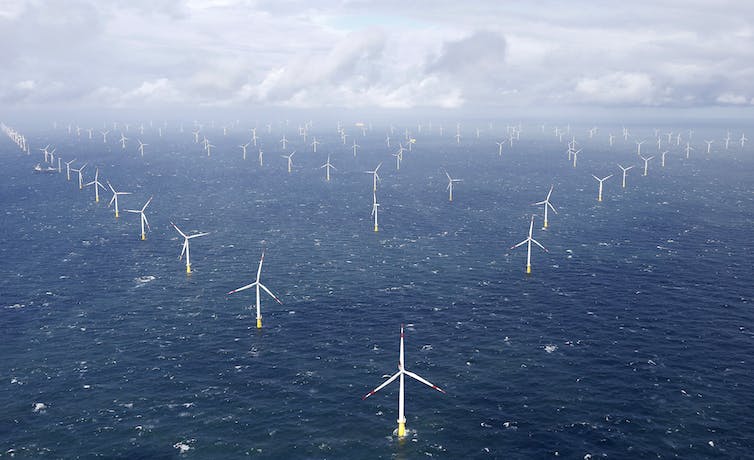 Renewables now employ 304,000 people in Germany. That compares with about 60,000 in the coal industry.

A greater focus on energy democracy would build a stronger foundation for the energy transition Australia has to have.

Read more: Really Australia, it's not that hard: 10 reasons why renewable energy is the future