Australia is a nation of enthusiastic travellers, it is one of our defining national characteristics.

At any given time, around a million of us are living and working overseas. In 2019, a record 11.3 million Australian residents went on short-term trips, double the figure of ten years earlier.

But COVID-19 has radically changed our capacity to go and be overseas. Will we ever travel so easily and readily again?

You don’t have the ‘rights’ you probably thought you had

Travel may be of huge importance to Australians, but it is not a right or entitlement.

When you leave Australia, you also take on an element of risk. The federal government has long-warned their help in a crisis will have “limits”. The consular services charter says,

You don’t have a legal right to consular assistance and you shouldn’t assume assistance will be provided.

Australians don’t even have the absolute right to a passport, although in practice, it is rarely denied.

International law provides for the right to freedom of movement - both in and out of Australia. As the International Covenant on Civil and Political Rights says,

Everyone shall be free to leave any country, including his own. [This] shall not be subject to any restrictions except those which are provided by law, are necessary to protect national security, public order … public health or morals or the rights and freedoms of others … No one shall be arbitrarily deprived of the right to enter his own country.

Australia ratified the covenant in 1980, but there is no Commonwealth legislation enshrining the right of freedom of movement.

Even if there was, this doesn’t mean it would override legitimate public health concerns.

Coming home is no longer simple

In March, when the pandemic took off, the Morrison government advised Australians overseas to return home.

But coming back is no longer a simple question of booking a ticket and getting on a flight. For one thing, the global airline industry has collapsed, making available flights scarce.

Read more: Why airlines that can pivot to ultra-long-haul flights will succeed in the post-coronavirus era

As part of Australia’s COVID response, caps have also now been placed on international arrivals. In July, the number of Australian citizens and residents allowed into the country was then reduced by a third, from about 7,000 to about 4,000 a week, to ease the pressure on the hotel quarantine system. This system will be in place until at least October.

Prime Minister Scott Morrison explained he knew this made it more difficult for people to come home, but the policy was not “surprising or unreasonable”. Rather,

[it will] ensure that we could put our focus on the resources needed to do testing and tracing.

According to the Department of Foreign Affairs and Trade, more than 371,000 Australians overseas have returned since March.

But more than 18,000 are still stuck overseas, saying they want to come home. Last week, a Senate inquiry heard about 3,000 of this group were “vulnerable” for medical and financial reasons.

There are a growing number of media reports detailing the stories of those stranded overseas. Many are desperate to return for financial and personal reasons. 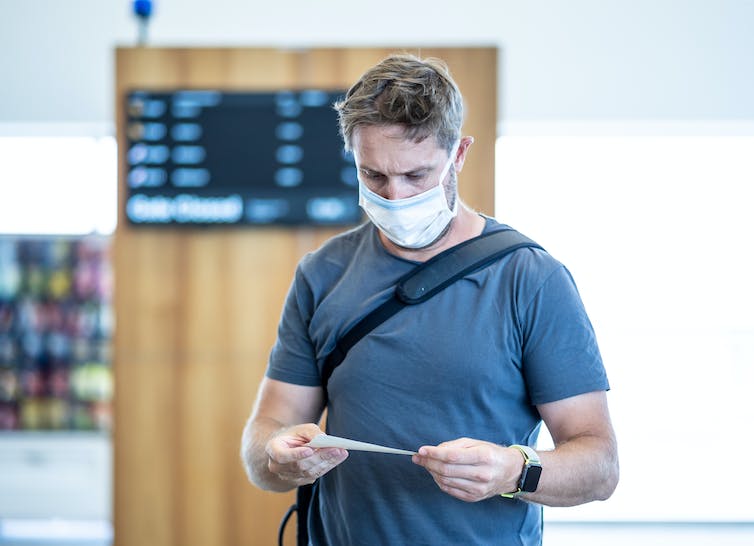 More than 18,000 Australians are still overseas and want to come home. www.shutterstock.com

People have spoken about the complex logistics involved in returning - including lack of available flights, lack of affordable flights - with reports of tickets costing as much as A$20,000 - strict border controls to exit the country they are in, and the cost of quarantining when they get home.

Internal border closures in Australia have added a further level of complexity.

On Friday, The Sydney Morning Herald reported the Morrison government was drawing up new plans to evacuate Australians stuck overseas.

It is worth noting that despite people’s understandable frustrations, the Australian government has limited options to help here - and the options they do have are not simple. They can potentially charter flights or cruise ships, but this is not straightforward because it requires agreements from host countries, available planes and ships, and can be hugely expensive.

Leaving Australia is no longer simple, either

Less visible, but very concerning from a rights perspective, is the Australians who are stuck in Australia. A state generally should allow citizens to leave their own country.

There are wide-ranging bans on people leaving Australia during the coronavirus pandemic, with a limited range of exemptions.

There are obviously compelling reasons why people will still want to travel, given Australia’s strong international connections, especially when close relatives are ill or dying overseas.

But again, we don’t actually have a “right” under domestic law to leave Australia - with the federal government able to control our movements under the Biosecurity Determination 2020.

Between March 25 and August 16, Australian Border Force received 104,785 travel exemption requests. Of these, 34,379 were granted a discretionary exemption. Some perhaps more discretionary than others - entrepreneur Jost Stollmann was granted an exemption to travel overseas to pick up his new luxury yacht.

The way we think about travel needs to change

Significant Australia’s diplomatic resources have been going into supporting Australians overseas during COVID-19. In July, the Department of Foreign Affairs and Trade reported 80% of its staff took part in the response effort.

Secretary Frances Adamson has also noted her department’s approach to COVID-19 had to go “well beyond what’s written in our consular charter”. 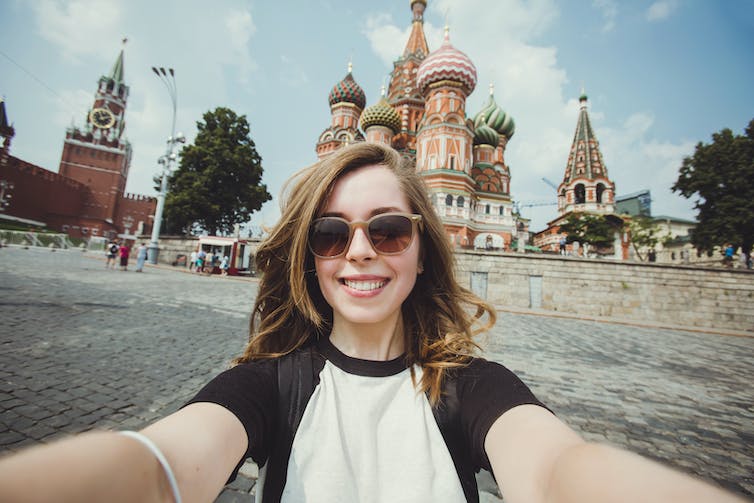 Pre-COVID, there were more than one million Australians living and working overseas. www.shutterstock.com

Given the range of pressing foreign policy issues at the moment, a serious question is how much of the Department of Foreign Affairs’ time and attention should be spent on consular services? What is being lost in other diplomatic efforts trying to get Australians home?

Australians need to grapple with the idea that the government doesn’t have to “get them back” if they travel overseas (even if it wants to). And under Australian law, we don’t have a “right” to leave the country.

Read more: How COVID-19 could impact travel for years to come

We don’t know how long these COVID changes will last - particularly if efforts to create a vaccine are not successful. So, the way we think of travel and our risk calculations may unfortunately need to change. This might result in the biggest shift in our travel mindset since the 1950s, when international travel opened up to ordinary Australians.

With rising awareness of climate impacts of travel, this may not be a wholly negative development. But a deeper conversation is still required about the right to freedom of movement for Australian citizens.