The Jerusalem District Court has ruled Malka Leifer should be extradited to Australia.

How is this ruling significant?

Leifer’s case has been protracted and politicised. Today’s is the first ruling on the merits of Leifer’s extradition case, following over 70 court hearings taken up with her repeated attempts to avoid extradition.

Leifer, a former headmistress of the ultra-orthodox Adass Israel girls’ school, fled to Israel in 2008 when the allegations against her first surfaced. Australia lodged an extradition request in 2013, which Israeli police eventually acted on. Leifer was arrested in 2014. However, she was later bailed.

Leifer managed to delay today’s outcome for several years by claiming to be too unwell to attend multiple subsequent hearings. In 2018, she was again jailed when it emerged she had been living and socialising in an orthodox Israeli settlement.

Australian politicians, including Attorney-General Christian Porter, commented that the slow progress of Australia’s extradition request was regrettable. Porter personally raised the case with Israeli officials on a visit to Israel in 2019. In 2020, he confirmed Australia’s view that the appropriate outcome was Leifer’s extradition to answer the serious charges against her.

District Court Judge Chana Miriam Lomp’s ruling today is very significant. It addresses the substantive legal question at the heart of the extradition request from Australia. In order for extradition to be possible, an Israeli court had to determine a clear case existed against Leifer that justified her surrender to Australia’s jurisdiction.

A key concept in relation to extradition is jurisdiction. Article 2 of the United Nations Charter makes clear the significance of political independence, territorial integrity and domestic jurisdiction to the status of a country. The international legal system is built on an assumption countries are equally entitled to non-interference in their domestic affairs. 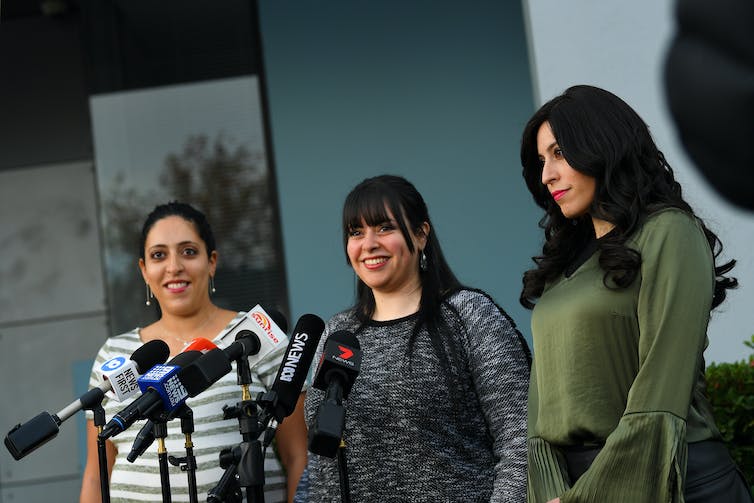 According to the territoriality principle, crimes committed within a country’s territory are subject to prosecution there. This is so whether the person accused of the crime is a national of the prosecuting country or not.

On this basis, Australia has requested Israel agree to transfer Leifer to Australia for prosecution. A court in Victoria can only exercise criminal jurisdiction over Leifer’s case once she is physically present to stand trial.

At this stage, three potential obstacles to Leifer’s trial in a Victorian court remain.

The first is a potential appeal from the District Court decision to the Israeli Supreme Court.

Leifer is likely to lodge a request to appeal. This would be subject to “special leave” being granted by the Supreme Court. The possible outcomes are:

In the last case, Australia’s request for extradition would be denied, with no obvious avenue for reversal of that outcome. No written ruling has been issued by the District Court, so it is not possible to read the judge’s reasoning for today’s decision. However, it is fair to say the Supreme Court would need a very strong reason to reverse the lower court’s substantive decision.

Read more: Explainer: what is extradition between countries and how does it work?

The second potential obstacle is a political one. If the Israeli legal process ends with confirmation of today’s decision, Israeli Justice Minister Avi Nissenkorn will be asked to sign an extradition order. He could refuse to do so.

Given this case has raised tensions in the Australia-Israel relationship, it seems unlikely - and certainly undesirable - for Nissenkorn to refuse extradition. However, it is by no means impossible. Again, in such a case, Australia has no way of compelling Leifer’s extradition.

The third potential obstacle is a practical one. Australia’s borders are currently closed. None of the exemption categories appear to allow for a travel exemption to facilitate Leifer’s speedy transfer to Australia.

It is possible Leifer could remain in custody indefinitely in Israel, due to the pandemic, even if an extradition order is approved.

Extradition is in the public interest

Dassi Erlich, Nicole Meyer and Elly Sapper - the sisters who accuse Leifer of sexually abusing them when they were schoolgirls - have campaigned tirelessly for Leifer’s extradition. Justice delayed, in this case, has certainly been justice denied.

As the court process in Israel is not yet final, the Australian government will likely be restrained in its response to today’s news. However, it would be appropriate for the Australian government to confirm the District Court has reached the right decision. There is a clear public interest in Australia for Israel to approve an extradition order and allow for Leifer’s transfer to Melbourne.

Should an appeal confirm today’s District Court decision, the Israeli government should act quickly to facilitate Leifer’s extradition. As a condition of extradition, Israel could require Leifer be returned to Israel to serve a sentence delivered by a Victorian court.

However, it could show its good faith in the integrity of Australia’s legal system by refraining from imposing any such limitation on the justice process.