In one of his many letters decrying modern art, Lionel Lindsay, my favourite aesthetic reactionary, wrote, “Pauvre Vincent – but he had his idea!”

Vincent van Gogh, who changed forever our ways of seeing, was indeed an artist of ideas. Because of the intensity of his life – his poverty, his sense of both the glory and judgement of God, the way he died – more than any other artist, he seems to embody the abject.

It was only after his death that van Gogh became one of the most famous artists of all time. As most of his works are now in public collections, the art market has in the past behaved shamelessly when a van Gogh painting is made available for sale.

Still, such is the power of van Gogh’s art that the beauty of his small, intensely painted works easily overcome the tawdry machinations of the art market. 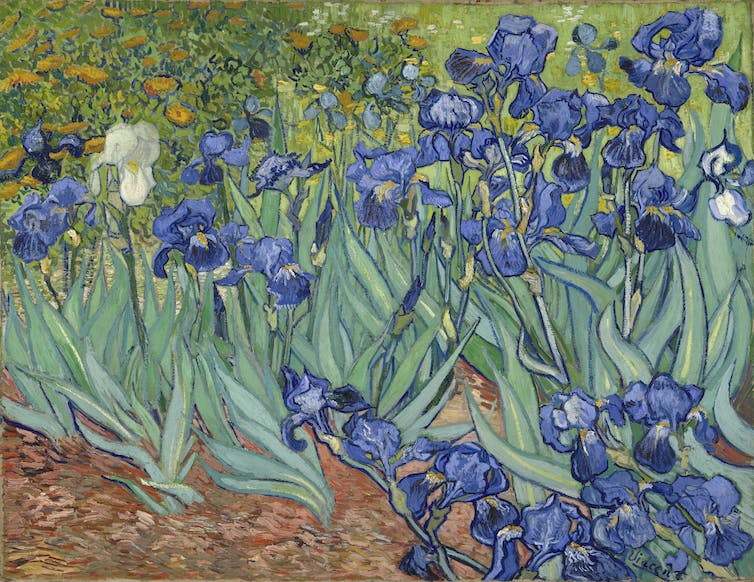 The efforts of the entrepreneurs behind Van Gogh Alive are another matter. This is described in its publicity material as: “The world’s most acclaimed and visited multi-sensory, COVID-aware experience celebrating one of the most feted artists of all time”.

The name “van Gogh” is the hook. The reality is that after reading a bland, sanitised account of van Gogh’s life in the waiting area, visitors are ushered in to a large area where for 45 minutes a series of animated images based on blow-ups of the artist’s work are projected onto giant screens with “cinema-quality surround sound”.

I am still trying to work out the connection, if any, between a blasting of Tchaikovsky’s Dance of the Little Swans from Swan Lake and pixillated flowers. That at least is less heavy-handed than introducing the segment of the last years of the artist’s life with Saint-Saën’s Danse Macabre. 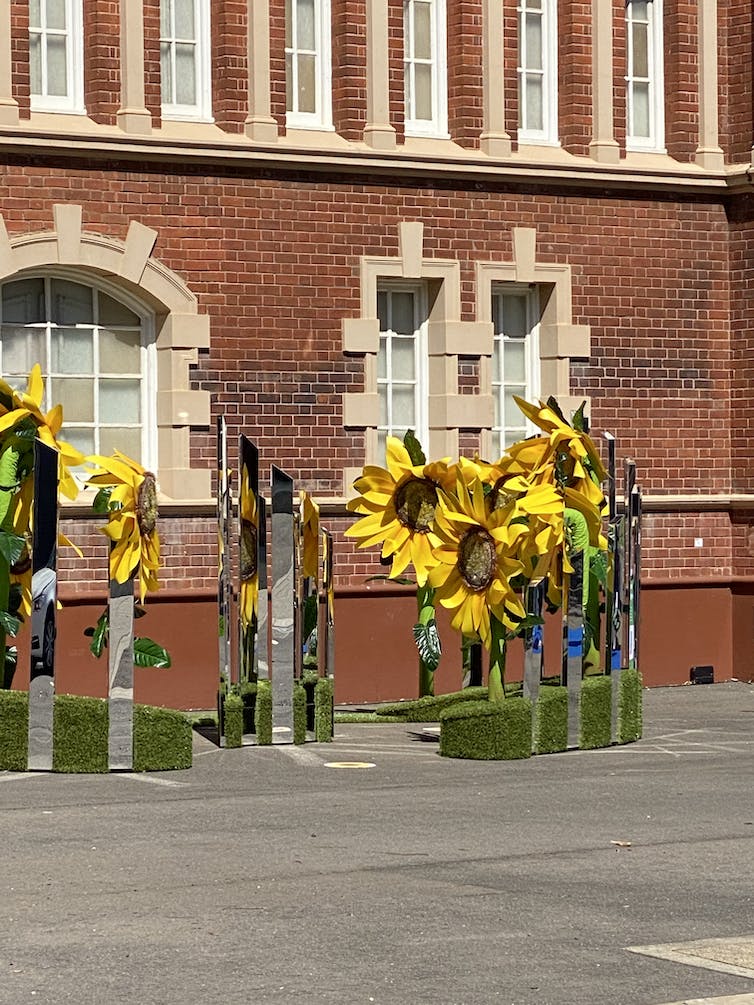 As well as projecting photographic reproductions of van Gogh’s work on a scale designed to overwhelm the viewer, some images are animated so that leaves and flowers change their relationship, while crows fly over golden wheat. 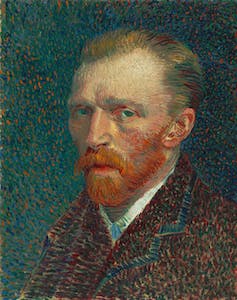 The exhibition even includes a range of scents so visitors are “surrounded by a vibrant symphony of light, colour and fragrance”. There is no doubt Van Gogh Alive is a technical achievement and, as the publicist made great pains to point out at the media preview, a COVID-safe event in this age of pandemics.

So why was my reaction one of disgust rather than pleasure? Grande Exhibitions, the company that has toured this event to over 50 cities around the world, claims to create “a fresh and safe approach to art and culture”, as though they are both stale and inherently dangerous.

In a recorded speech, the company’s founder Bruce Peterson said he had previously had the unfortunate experience of being accompanied by discontented children when visiting actual exhibitions of art. He felt sound and light shows loosely based on great art were the solution. However, I strongly advise any parent against bringing a small child to this event, where there is no escape. 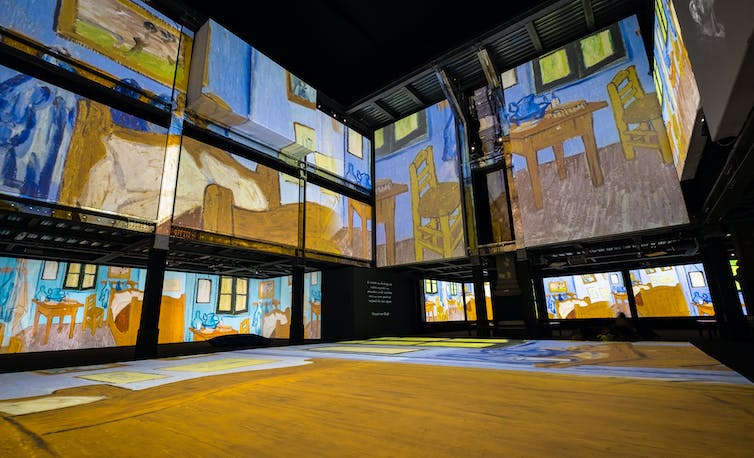 A still from the exhibition in Rome. Grande Exhibitions

Great works of art reveal their secrets after a long gaze. They need the viewer’s time and attention. That is why return visits to much-loved art are so rewarding. Each visit gives something more. The blasting of giant reproductions with surround sound is an experience that has little to do with the art it purports to honour.

Grande Exhibitions are able to create this “tribute” for only one reason. Vincent van Gogh died in 1890. His art is therefore out of copyright, as is the musical accompaniment. This means anyone can reproduce or modify his work.

Van Gogh has influenced many fine artists. Martin Sharp was so inspired by his dream of a Yellow House where artists would live and work together that he initiated Sydney’s Yellow House in Kings Cross.

Gordon Bennett’s 1988 painting Outsider incorporates elements of both Starry Night and Bedroom at Arles to make a profound statement on how his sense of self had been colonised by European culture. While paying tribute to van Gogh, none of these artists claim their works represent him.

By the time the trustees of art galleries in Australia came to appreciate van Gogh’s work, his art was beyond their budget capacity. For many years the National Gallery of Victoria believed a painting in its collection, Head of a Man, was by van Gogh, but in 2007 finally agreed with expert opinion that it was a fake. 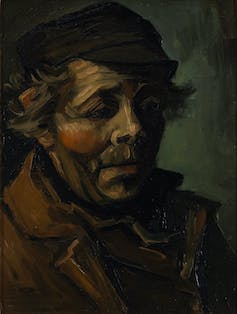 In 1990, the Art Gallery of New South Wales purchased Head of a peasant, one of many studies he made of the poor and honourable.

However larger Australian galleries do have extensive holdings of artists influenced by van Gogh, including John Russell, the Australian who befriended him.

Viewers can see the intensity of his colour, the controlled vigour of his brush strokes, and experience the pleasure of the gaze instead of the nausea of the blow-up.