Tropical cyclones are considered one of the most devastating weather events in Australia. But they’re erratic — where, when and how many tropical cyclones form each year is highly variable, which makes them difficult to predict.

In our new research published today, we created a statistical model that predicts the number of tropical cyclones up to four months before the start of the tropical cyclone season from November to April.

The model, the Long-Range Tropical Cyclone Outlook for Australia (TCO-AU), indicates normal to above normal tropical cyclone activity with 11 cyclones expected in total, Australia-wide. Though not all make landfall.

This is above Australia’s average of ten tropical cyclones per season, thanks to a climate phenomenon brewing in the Pacific that brings conditions favourable for tropical cyclone activity closer to Australia.

As we’ve seen most recently with Tropical Storm Sally in the US, tropical cyclones can cause massive damage over vast areas. This includes extreme and damaging winds, intense rainfall and flooding, storm surges, large waves and coastal erosion.

“La Niña” is one phase of ENSO. It’s typically associated with higher than normal tropical cyclone numbers in the Australian region. And the Bureau of Meteorology’s weather and climate model indicates there’s a 95% chance a La Niña will be established by October this year.

Around ten tropical cyclones occur in the Australian region every season, and about four of those usually make landfall.

Historically, La Niña has resulted in double the number of landfalling tropical cyclones in Australia, compared to El Niño phases. An “El Niño” event is associated with warmer and drier conditions for eastern Australia. 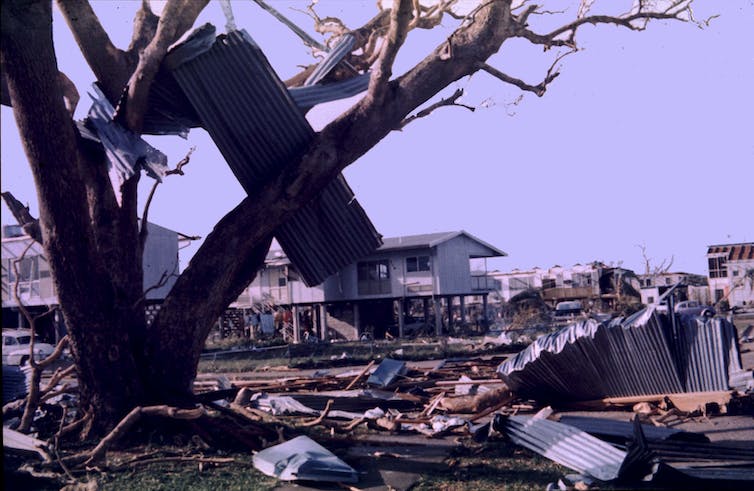 While naturally occurring climate drivers, such as La Niña, influence the characteristics of tropical cyclone activity, climate change is also expected to cause changes to future tropical cyclone risk, including frequency and intensity.

Read more: I've always wondered: how do cyclones get their names?

But with monthly guidance up to four months before the start of the season, our new model, TCO-AU, is unmatched in lead time. It considers the most recent changes in ENSO and other climate drivers to predict how many tropical cyclones may occur in Australia and its sub-regions. 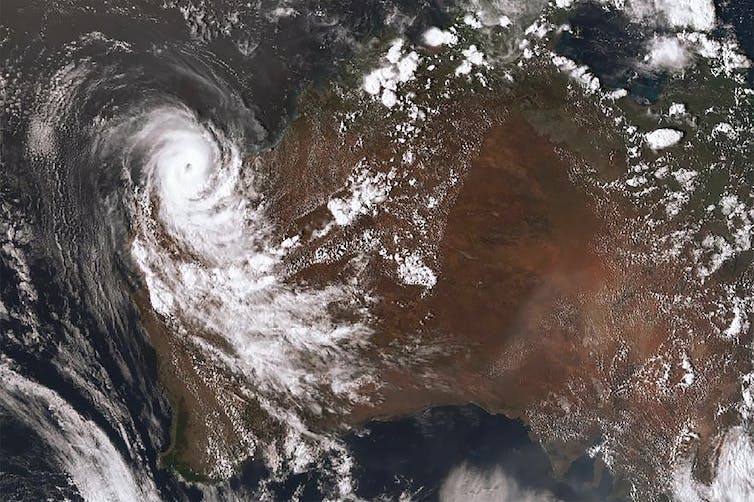 As a statistical model, TCO-AU is trained on historical relationships between ocean-atmosphere processes and the number of tropical cyclones per season.

For each region, hundreds of potential model combinations are tested, and the one that performs best in predicting historical tropical cyclone counts is selected to make the prediction for the coming season.

So what can we expect this season?

With an emerging La Niña and warmer than normal sea surface temperatures in the eastern Indian Ocean, 11 tropical cyclones are expected for Australia. There’s a 47% chance of 12 or more cyclones, and a probable range of between nine and 15.

For the Australian sub-regions, TCO-AU suggests the following: 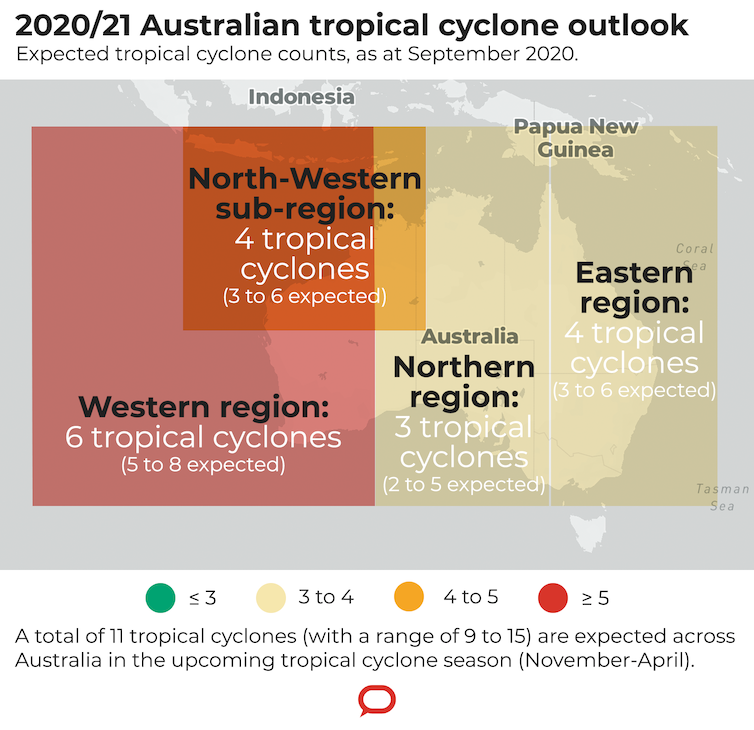 TCO-SP – Long-range Tropical Cyclone Outlook for the Southwest Pacific/The Conversation, CC BY-ND Guidance from TCO-AU does not and should not replace advice provided by the Australian Bureau of Meteorology. Instead, it should be used to provide a complementary perspective to regional outlooks and provide a “heads-up” in the months leading up to the start of and within the cyclone season. Regardless of what’s expected for the coming cyclone season, people living in tropical cyclone regions should always prepare for the cyclone season and follow the advice provided by emergency services. Read more: Advanced cyclone forecasting is leading to early action – and it's saving thousands of lives