Australia’s proposed changes to the citizenship test has raised questions about whether you can really evaluate someone’s “Australian values” via a set of exam questions.

But here’s another question not even considered by the test: should Australian citizenship entail a knowledge and appreciation of Australia’s unique wildlife and natural history?

At its heart, this is a question about what it truly means to be an Australian. Some would argue I’m not qualified even to ask it. My ancestors arrived in Perth in 1830 from England and unloaded plenty of inappropriate cultural baggage, including cats, onto the shores of Australia.

Modern Australia is both an ancient land of hundreds of different languages and cultures, and a creation of transplanted Europeans who have sought to establish Western democratic ideals such as freedom of speech. There have also been many waves of economic migrants or those fleeing persecution and violence in their homelands.

With democratic ideals attacked or disregarded in many parts of the world, Australia’s citizenship test aims to ensure new citizens have a shared knowledge of these values and responsibilities. The current test puts a lot of emphasis on knowing about free speech, the constitution, and how parliaments are organised. 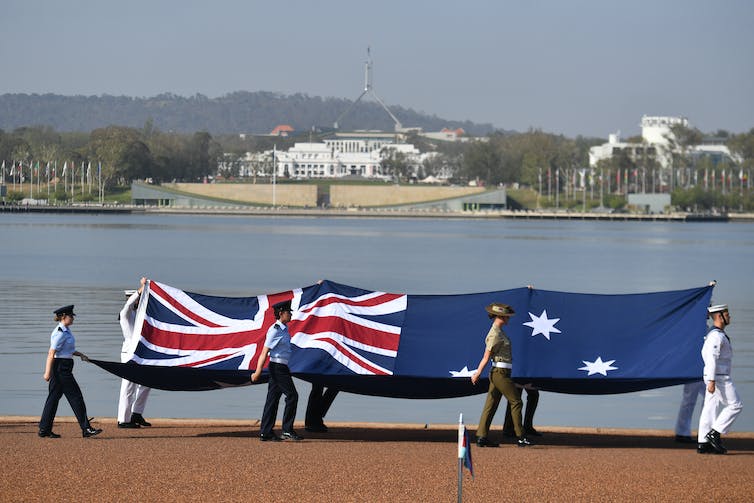 There’s more to being Australian than knowing how Canberra works. Mick Tsikas/AAP Image

But being Australian shouldn’t just mean agreeing with the principles of free speech and deliberative democracy. In 2006, the Australian author William J. Lines published Patriots: Defending Australia’s Natural Heritage. The title presupposes that being Australian is bound up with knowing and appreciating at least a little of Australia’s heritage of unique lifeforms and ecosystems.

My own book, Stepping Off: Rewilding and Belonging in the South West, published in 2017, also champions the idea of embracing the natural environment as part of one’s identity, with a particular focus on Perth and Australia’s southwest corner, an internationally recognised hotspot for unique plants and animals.

In my book I lament some aspects of the “Britanisation” of this country by my forebears. I also decry the smooth surface that corporate globalisation has more recently smeared over our modern cities.

As a counterbalance to these forces, I suggest other ways of “becoming Australian” that might help us live more gracefully and sustainably on this landscape.

Read more: Why so many Australian species are yet to be named

What if we asked prospective Australian citizens to know and value the land on which we live, and the living things with which we share it? This might involve knowing facts such as: 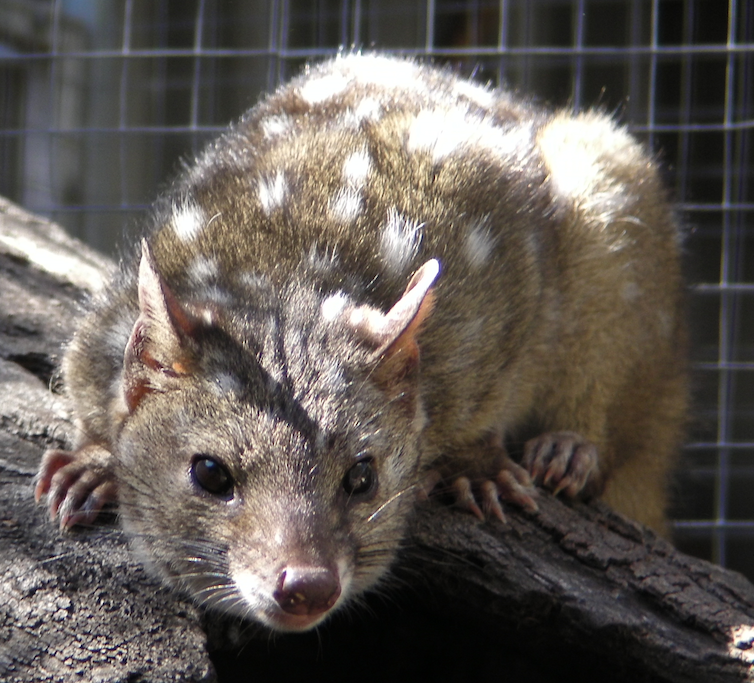 Do you know a chuditch when you see one? SJ Bennett/Wikimedia Commons, CC BY-SA

I’m not suggesting throwing the baby out with the bathwater. I appreciate many of the legacies of Western civilisation, including freedom of speech, deliberative democracy, and the rule of law by an independent judiciary. Of course being Australian should mean accepting these central tenets.

But we should expect new arrivals to our shores — including those whose ancestors have been here for a couple of centuries — to supplement this culture with an understanding and appreciation of land and ecosystem we live in. These values are also more aligned with those of Indigenous Australian cultures.

Being Australian shouldn’t just mean knowing about federation and the ANZACs, mateship and Vegemite. It should also mean knowing at least a little of the plants and animals, stones and clouds, smells and sights, of our wide shared land.