This article is part of our series on aged care. You can read the other articles in the series here.

Australia’s aged care sector has been the subject of more than 30 major inquiries and reviews since 1997.

It is fair to say the findings have been highly critical of the way aged care is run in this country. Many of these concerns have been brought to light again — along with new issues raised — in the ongoing Royal Commission into Aged Care Quality and Safety.

Yet, as the royal commission has noted, successive Australian governments have shown a “lack of willingness to commit to change”.

Responses often come years after the review and recount what has been done in an almost tangential way.

Even the establishment of the royal commission was not based on previous inquiries or recommendations, but in response to media exposés of the appalling conditions in some aged care facilities.

Read more: Aged care failures show how little we value older people – and those who care for them

First, what are the ongoing issues with aged care in Australia?

Second, why have successive governments been comfortable making do with piecemeal solutions rather than truly “fixing” aged care, once and for all?

Finally, and most perplexingly, why have Australian voters let them get away with it?

It is important to emphasise that aged care is predominantly a federal government responsibility. The 1997 Aged Care Act is the main law covering government-funded aged care. This includes rules for funding, regulation, approval of providers, quality of care and the rights of those in care. 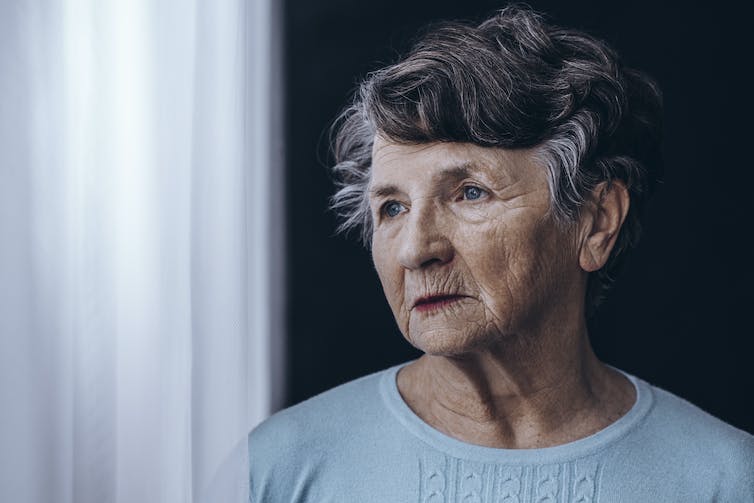 Since 2019, the federal Aged Care Quality and Safety Commission Act regulates complaints, sanctions and enforcement, but has been criticised for lacking teeth.

The 1997 act diluted many preexisting regulatory protections, such as strict financial accreditation and staffing requirements, and opened the sector up to privatisation. At the time, concerns were raised the new regime could compromise standards of care in aged care facilities and disadvantage older people on lower incomes.

The concerns were raised again and amplified in subsequent years. For example, in 2011, a Productivity Commission report noted Australia’s aged care system needed a “fundamental redesign”.

Here is a brief summary of the recurring issues raised in multiple reports:

Why haven’t these problems been fixed?

One of the major hurdles to real reform is the relationship between the aged care industry and the federal government.

The government funds the sector and provides a relatively “light-touch” oversight, while the providers attend to the day-to-day running of the facilities.

However, there is concern this alignment has meant successive governments are not as involved as they should be and proposals for change are diluted by the influence of industry lobbyists.

Another reason for governments’ reluctance to intervene is many of the providers are “too big to fail”. A facility’s licence and government funding can be withdrawn if standards are not met. Yet this rarely happens.

Why? Because if a licence is revoked, residents need somewhere to go. The issues here can be seen in the closure of the Earle Haven nursing home in July 2019. Here, 68 elderly people were left homeless and had to be moved to hospitals and other aged care facilities.

As a further example, Bupa, one of Australia’s largest providers, continues to operate, despite sanctions or failing fundamental assessments.

After so many inquiries and so many horror headlines, the problems in aged care are well and truly common knowledge. But do Australians care enough about aged care for it to influence their vote — and so, influence the way governments respond?

If we cast our minds back to the 2019 federal election campaign, the hot button issue concerning older people was the potential demise of franking credits and negative gearing. 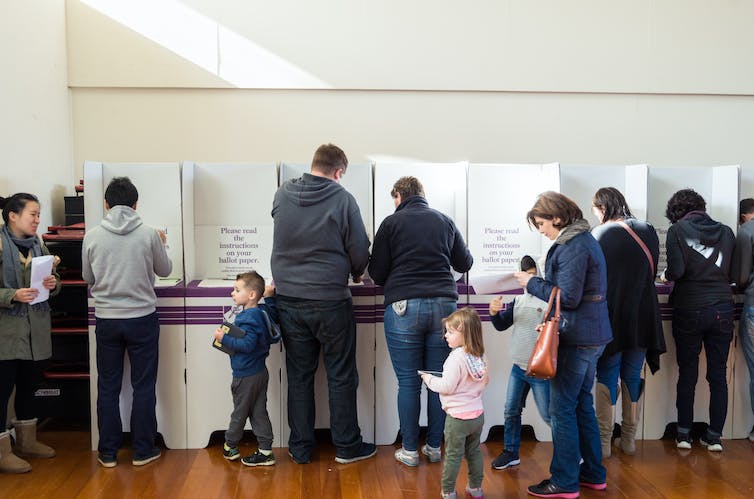 Aged care issues did not feature prominently in the 2019 federal election. www.shutterstock.com

In-home and residential aged care barely rated a mention in the campaigns of the major parties.

Even now, despite the publicity surrounding the royal commission, if an election was held today, would this issue actually influence voting intentions? Sadly, it seems unlikely.

During the July 2020 Eden-Monaro byelection, a survey of nearly 700 voters showed while 84% believed the aged care system was “in crisis”, this influenced the vote of less than 4% of respondents. It also ranked last in a list of seven issues of importance.

When heartfelt concern does not translate to winning votes, there is little incentive for the federal government to provide meaningful solutions to well-documented problems.

We only need to look to the record spending in the 2020 Budget, which provided only 23,000 extra home care packages and deferred consideration of funding for residential aged care until the royal commission’s final report next year.

It comes back to voters

Why does concern for the plight of people in aged care fail to generate public action?

We suggest it is because many Australians consciously or unconsciously have ageist attitudes — that older people are inherently not important. On this front, look no further than arguments made by prominent commentators about the fate of older people during COVID-19.

Yes, most fair-thinking Australians care about our older citizens, yet until either we or our family members are directly impacted, we do not prioritise it.

If we don’t care enough or care about other things more, nothing will change. And, while this remains the case, the government will have no reason to do more than just tinker with an unsatisfactory status quo.

Read more: If we have the guts to give older people a fair go, this is how we fix aged care in Australia