They may have been around for hundreds of millions of years — long before trees — but today sharks and rays are are among the most threatened animals in the world, largely because of overfishing and habitat loss.

Climate change adds another overarching stressor to the mix. So how will sharks cope as the ocean heats up?

Our new research looked at Port Jackson sharks to find out. We found individual sharks adapt in different ways, depending where they came from. 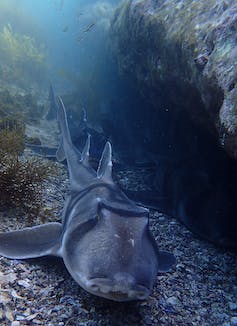 Port Jackson sharks in Jervis Bay may be better at responding to climate change than those from The Great Australian Bight. Connor Gervais, Author provided

Port Jackson sharks from cooler waters in the Great Australian Bight found it harder to cope with rising temperatures than those living in the warmer water from Jervis Bay in New South Wales.

This is important because it goes against the general assumption that species in warmer, tropical waters are at the greatest risk of climate change. It also illustrates that we shouldn’t assume all populations in one species respond to climate change in the same way, as it can lead to over- or underestimating their sensitivity.

But before we explore this further, let’s look at what exactly sharks will be exposed to in the coming years.

In Australia, the grim reality of climate change is already upon us: we’re seeing intense marine heat waves and coral bleaching events, the disappearance of entire kelp forests, mangrove forest dieback and the continent-wide shifting of marine life.

The southeast of Australia is a global change hotspot, with water temperatures rising at three to four times the global average. In addition to rising water temperatures, oceans are becoming more acidic and the amount of oxygen is declining.

Any one of these factors is cause for concern, but all three may also be acting together. 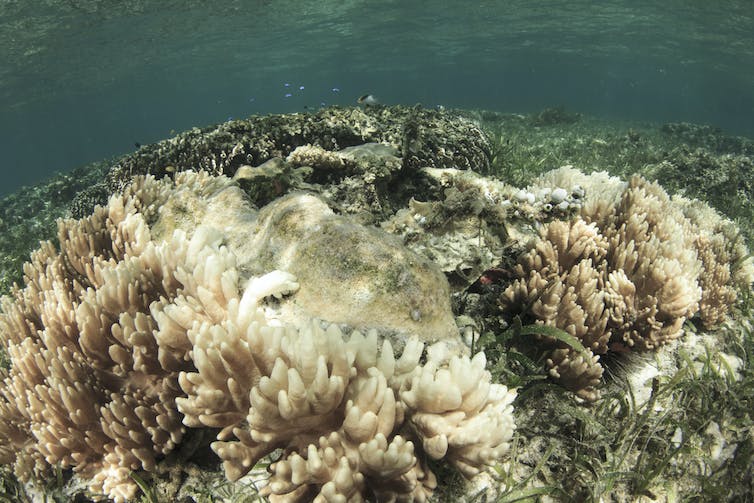 Oceans act like a heat sink, absorbing 90% of the heat in the atmosphere. This makes marine environments highly susceptible to climate change. Shutterstock

One may argue sharks have been around for millions of years and survived multiple climate catastrophes, including several global mass extinctions events.

To that, we say life in the anthropocene is characterised by changes in temperature and levels of carbon dioxide on a scale not seen for more than three million years.

Rapid climate change represents an existential threat to all life on Earth and sharks can’t evolve fast enough to keep up because they tend to be long-lived with low reproductive output (they don’t have many pups). The time between generations is just too long to respond via natural selection.

When it comes to dealing with rising water temperature, sharks have two options: they can change their physiology to adapt, or move towards the poles to cooler waters.

Moving to cooler waters is one of the more obvious responses to climate change, while subtle impacts on physiology, as we studied, have largely been ignored to date. However, they can have big impacts on individual, and ultimately species, distributions and survival. 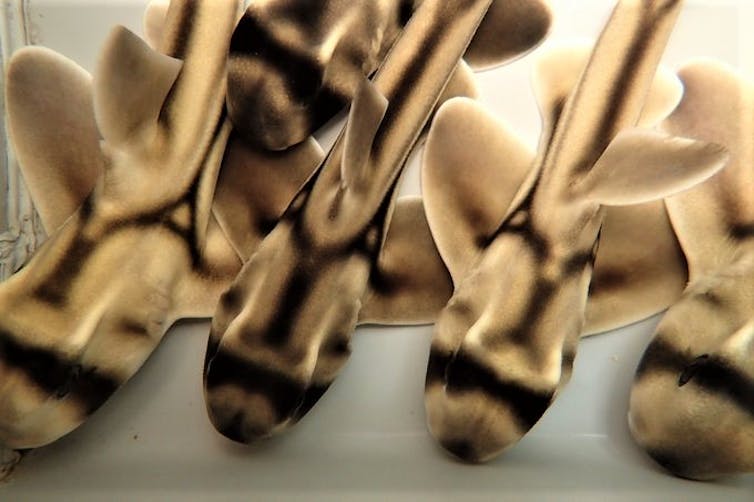 We collected Port Jackson sharks from cold water around Adelaide and warm water in Jervis Bay. After increasing temperatures by 3℃, we studied their thermal limits (how much heat the sharks could take before losing equilibrium), swimming activity and their resting metabolic rate.

While all populations could adjust their thermal limits, their metabolic rate and swimming activity depended on where the sharks were originally collected from.

Read more: Photos from the field: these magnificent whales are adapting to warming water, but how much can they take?

With a rise in water temperature of just 3℃, the energy required to survive is more than twice that of current day temperatures for the Port Jackson sharks in Adelaide.

The massive shift in energy demand we observed in the Adelaide sharks means they have to prioritise survival (coping mechanisms) over other processes, such as growth and reproduction. This is consistent with several other shark species that have slower growth when exposed to warmer waters, including epaulette sharks and bonnethead sharks. 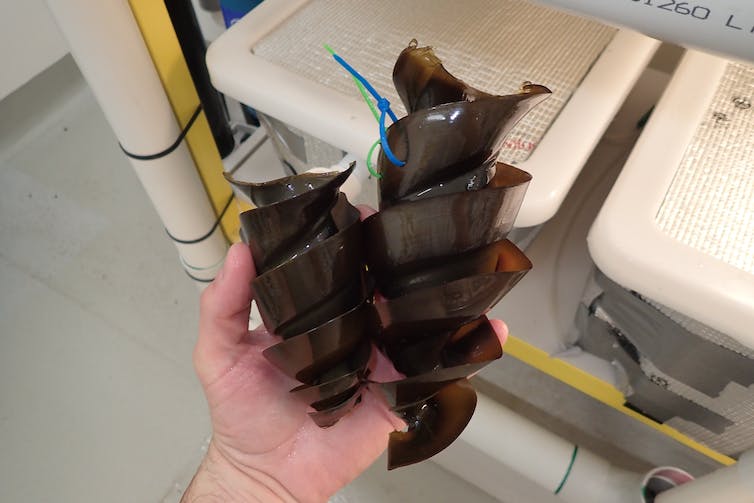 The smaller egg to the left is from Port Jackson sharks near Adelaide, while the right egg is from sharks in Jervis Bay. Connor Gervais, Author provided

On the other hand, a 3℃ temperature rise hardly affected the energy demands of the Port Jackson sharks from Jervis Bay at all.

Discovering what drives responses to heat is important for identifying broader patterns. For example, the decreased sensitivity of the Jervis Bay sharks likely reflects the thermal history of the region.

Australia’s southeastern coastline is warmed by the East Australian Current, which varies in strength both throughout the year and from year to year. With each generation exposed to these naturally variable conditions, populations along this coastline have likely become more tolerant to heat.

Populations in the Great Australian Bight, in contrast, don’t experience such variability, which may make them more susceptible to climate change.

So why is this important? When sharks change their behaviour it affects the whole ecosystem.

The implications range from shifts in fish stocks to conservation management, such as where marine reserves are assigned.

Sharks and rays generally rank at the top or in the middle of the food chain, andhave critical ecosystem functions.

Port Jackson sharks, for example, are predators of urchins, and urchins feed on kelp forests — a rich habitat for hundreds of marine species. If the number of sharks decline in a region and the number of urchins increase, then it could lead to the loss of kelp forests. 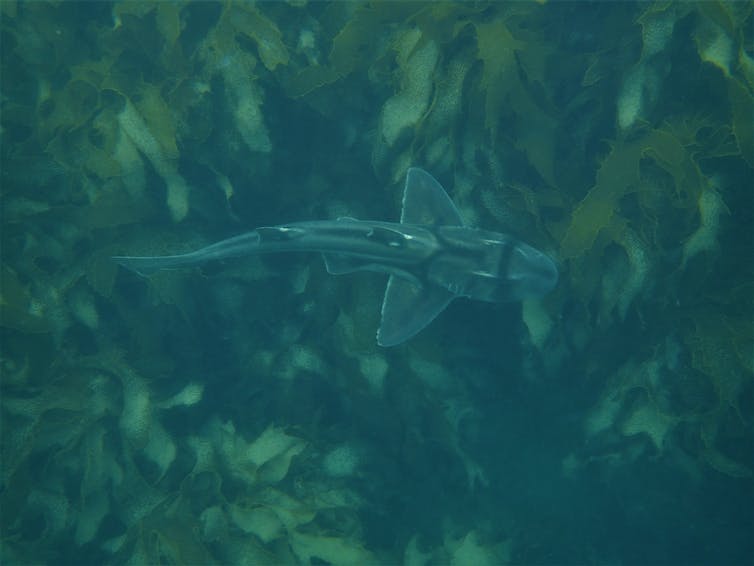 We need more of this kind of research, because it can help identify hidden resilience within species, and also highlight populations at greatest risk. We have seen this in action in coral bleaching events in different parts of Australia, for example.

We also need a better handle on how a wide range of species will respond to a changing climate. This will help us understand how communities and ecosystems might fragment, as each ecosystem component responds to warming in different ways and at different speeds.

Steps need to be taken to address these holes in our knowledge base if we’re to prepare for what follows.