While COVID-19 has highlighted the value of medical research, it has unfortunately also seriously disrupted it. Lack of funding is driving members of Australia’s once-vibrant virology research community out of the sector, and forcing early-career researchers to turn to fundraising or philanthropy amid intense competition for federal government grants.

In Australia, national funding of medical research happens mainly via the National Health and Medical Research Council. Over the past ten years there has been near stagnant investment, leading to a decline in funding in real terms. In 2019, the average success rates across the main NHMRC Ideas and Investigator Grant schemes was just 11.9%. 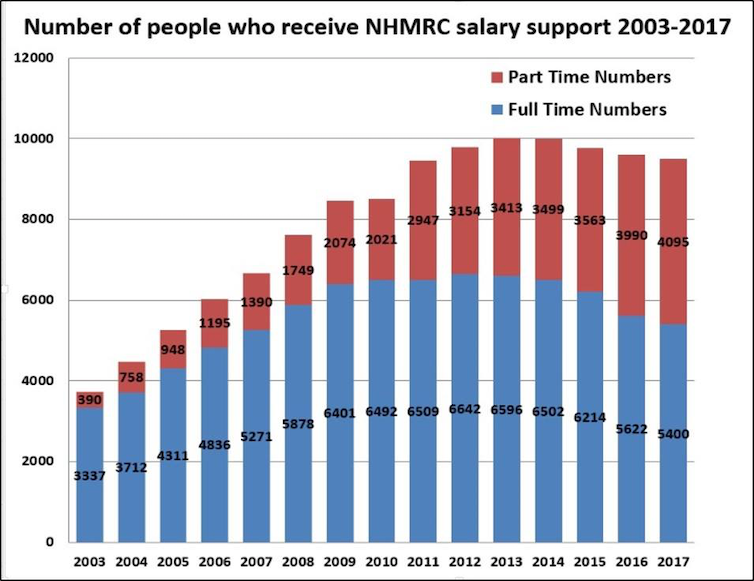 Morale in the sector has plummeted and we have lost talented researchers to the United States, Europe and Asia, prompting leading universities to warn of a brain drain.

In 2018, following extensive consultation, the NHMRC funding scheme was overhauled with major objectives to encourage innovation across the sector, reduce the burden on applicants and reviewers, and improve success rates of EMCRs.

Read more: The NHMRC program grant overhaul: will it change the medical research landscape in Australia?

Schemes specifically designed to develop emerging talent are also receiving dwindling support. In 2017 the NHMRC awarded 181 “early career and career development fellowships”; by 2020 that figure had fallen to 122.

The 2019 success rate for NHMRC Ideas Grants scheme (which sustains fundamental research, including on vaccines) in Australia was only 11.1%, despite almost three times as many applications being ranked as “fundable” by expert peer reviewers.

With such low success rates, it has fallen to universities to prop up their research departments and laboratories.

If these trends continue, Australia stands to lose an entire generation of medical researchers. This prompted the Association of Australian Medical Research Institutes in August to call for the government to fund 300 new fellowships for EMCRs through the federal budget.

AAMRI president Jonathan Carapetis said the lack of grants and fellowships has forced EMCRs to rely on philanthropy or fundraising to support their research, adding:

…due to the economic downturn resulting from COVID-19 the holes in this imperfect system have turned into chasms. These are the researchers who have finished their PhDs, are testing hypotheses on what causes different diseases, developing new treatments and vaccines… Our EMCRs are tomorrow’s scientific leaders, and without action to support them we will lose them.

This call, however, was not heeded in the recent federal budget, which contained no new money for biomedical research. 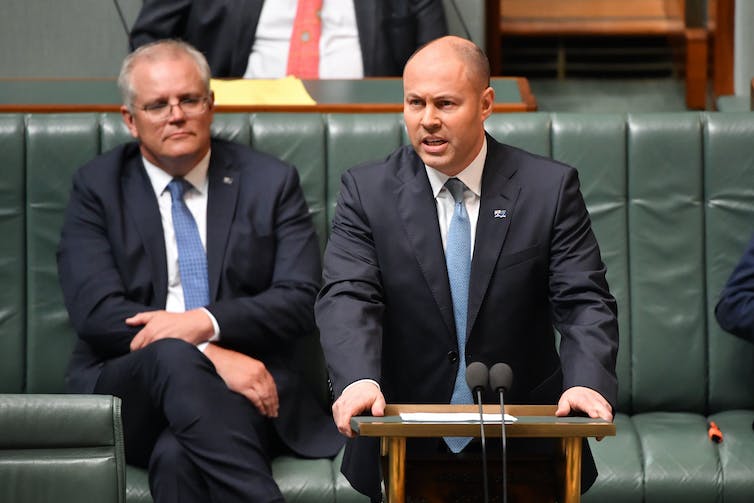 Researchers called for more funding to be allocated in the 2020 federal budget. AAP/Mick Tsikas

The federal government’s Medical Research Future Fund (MRFF) was established in 2015 and began dispensing funds in 2017. As the MRFF website explains, the government uses some of the net interest from the A$20 billion fund to pay for medical research. This year it will disperse around A$650 million.

But the combined NHMRC and MRFF budget still only represents 0.53% of the total health expenditure in the federal budget.

The MRFF has recently come under scrutiny as it emerged during Senate estimates that up to 65% of funds were distributed without peer review.

What’s more, researchers who narrowly missed out on the incredibly competitive NHMRC Investigator funding cannot apply to the MRFF unless they are a clinical researcher, meaning fundamental biomedical researchers engaged in translational research, but without a medical degree, miss out.

Without investment, advances are not possible

In the post-COVID era, a robust health and medical research sector is essential to lead the discoveries and innovations that will fuel our long-term economic recovery.

The National Association of Research Fellows (a peak body representing biomedical researchers; the authors of this article are on the NARF Executive) is calling for:

This investment would position Australia as an international leader in health and medical research. Without better support for the sector, advances in patient treatment and care are simply not possible.