The Rise and Fall of Saint George is a story about place, belonging and community that taps into universal tensions of identity and faith in multicultural societies.

Playing for one night only at the Sydney Festival, the breezy and open space of the Headland at Barangaroo Reserve with Sydney Harbour as backdrop provided an additional dose of catharsis to this haunting and humorous tribute to freedom exemplifying the transformative power of music.

Electronica composer and musician Paul Mac and playwright Lachlan Philpott collaborated to create a personal and poignant reflection on the divisive national same-sex marriage debate in Australia and one of its local consequences: the destruction of a giant mural of George Michael in Newtown by several young men in separate incidences, one of whom claimed it violated his Christian faith.

Scott Marsh’s mural was commissioned by Mac and Johnny Seymour for the side of their home in Newtown following the death of George Michael in 2016. The singer is depicted as a saint in priestly robes with a cross dangling from one ear, his head surrounded by a rainbow-coloured halo and smoking marijuana.

For 11 months, the mural was a site of commemoration, celebration, pilgrimage and reassurance for the residents of Newtown — and further afield, given the made-for-Instagram quality of Marsh’s work. 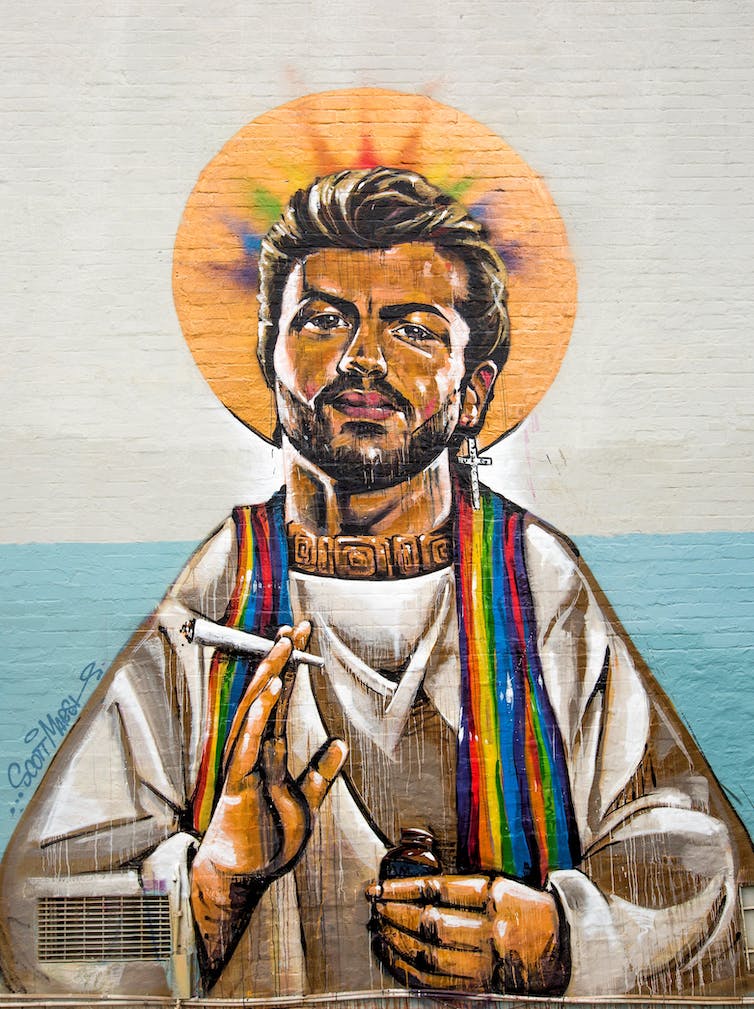 The mural’s life was cut short by vandals and has become a site of contest over freedom of expression and faith. But this one-hour performance directed by Kate Champion with a huge choir, excellent music and a great lineup of singers is a celebration of life, love and resilience in unpredictable times.

The battle for George’s visibility played out in the performance is both reflection and healing, and a reminder freedoms cannot be taken for granted.

The mood during the marriage equality debate was intense given the divisiveness of the campaign. The result of the postal survey was a resounding yes, but roughly one-in-four of the votes were for no. This is still a lot of people.

News audio broadcast from the same-sex marriage debate takes you back to the heightened emotion of that time. Video of Newtown streetscapes evoke the neighbourhood’s narrow and close knit rows of houses, and the lyrics reflect the importance of tolerance and acceptance: “with open minds there’s room for you here”, the choir sings. 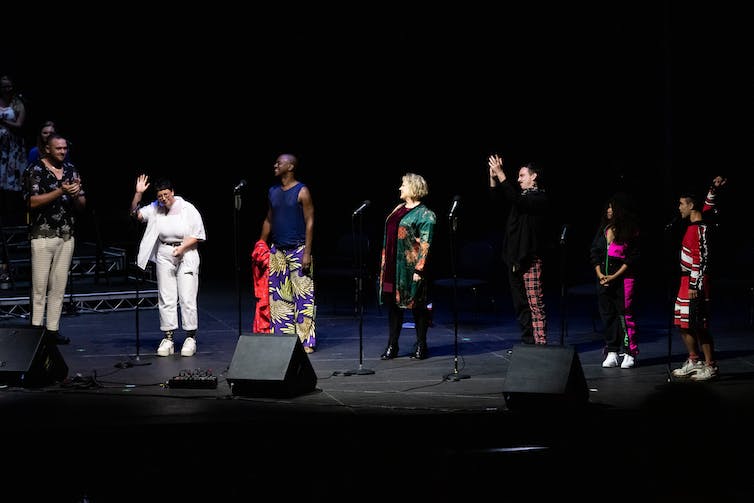 The Rise and Fall of Saint George is a celebration of life. Bianca De Marchi/Sydney Festival

Juxtaposed with audio from Penny Wong and Tony Abbott are cheeky and ribald lyrics balancing the gravity of the destruction of the mural with a humour that might ameliorate those violent acts: “Now we have a plebiscite that’s more dinky di than vegemite!”

Rather than drawing on George Michael’s music, the show perpetuates his legacy as a freedom fighter for not only gay rights, but the right to be who you are and live your own truth without judgement.

In this, it embodies his call to listen without prejudice.

Mac speaks candidly about his personal experience of prejudice with the defacement of the mural; the fear the waves of vandalism to the mural caused him, his partner and the local community, and the vigils held to protect the mural. 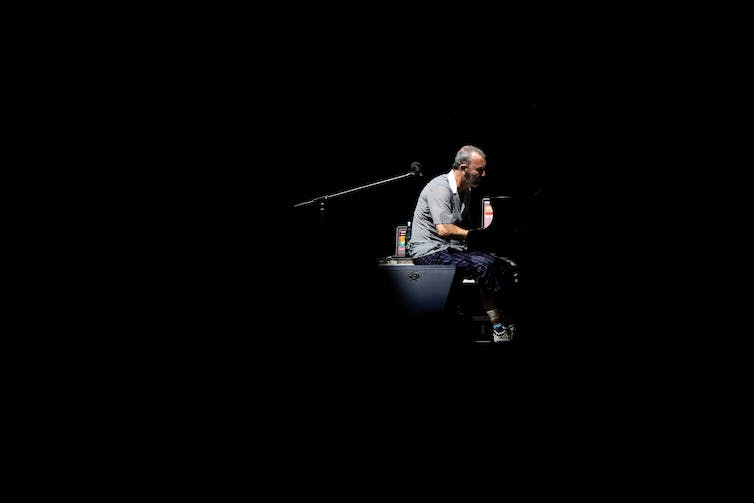 Threats they received during this time were a reminder of the suspicion and fear divisiveness can generate.

Incidents of defacement were followed by the chalking up of affirmative messages by the local community. The final act of vandalism hid George with black paint reflecting that the ownership of sites of commemoration can be unpredictable.

But out of acts of violence — and resistance to violence — is born a transformative musical experience of community courage and determination.

Both George Michael’s “sainthood” and the push for LGBTQ rights will go on, and will take unpredictable twists and turns that emphasise the need to remain vigilant. 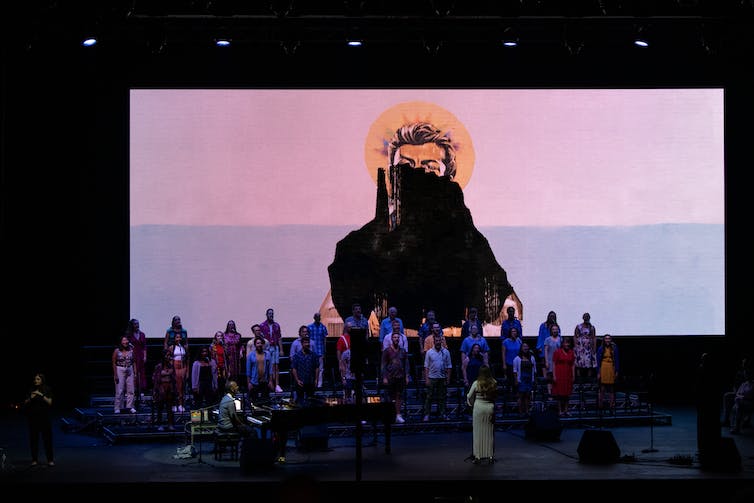 And as the lyrics noted, despite black paint hiding George Michael in the mural, “his soul is aflame”. He remains a beacon for freedom across the globe.

As we stood to leave Barangaroo, and the bright lights of Luna Park twinkled across the harbour, I felt a sense of gratitude. I was thankful to the community who conceived and brought this show to life: a performance that gave us space to reflect and celebrate, that moved the debate on the mural forward, and offered engagement as a solution to prejudice.

The Rise and Fall of Saint George was at Sydney Festival, January 15.

I'm a sexual assault counsellor. Here's why it's so hard for survivors to come forward, and what happens when they do

The Liberals face electoral wipeout in WA, but have 3 good reasons to keep campaigning