With a vaccine rollout impending, key groups have backed calls for the Australian government to force social media platforms to share details about popular coronavirus misinformation.

An open letter was put forth by independent group Reset Australia. It was endorsed by the Doherty Institute, Immunisation Coalition and Immunisation Foundation of Australia, along with the research group I’m working with, Coronavax — which reports community concerns about the COVID-19 vaccination program to government and health workers.

The issue of coronavirus and vaccine-related misinformation should not be understated. That said, big tech companies need to be engaged the right way to help the Australian public avoid what could potentially be a lifetime of health problems.

A leaderboard for COVID myths

We’re living in a dangerous time for both journalism and public education. We don’t have the legal infrastructure or public forums required to address the spread of coronavirus misinformation. Reset’s proposal intends to address these shortcomings, to better regulate this content in Australia.

It states there should be a mandate given to internet service providers to provide more details on the highest trending online posts spreading misinformation about COVID.

These “live lists” would be updated in real time and would let politicians, researchers, medical experts, journalists and the public keep track of which communities are being exposed to coronavirus and vaccine-related lies and what the major stories are.

The proposal suggests the eSafety commissioner should determine how the information is shared publicly to help prevent the potential victimisation of particular individuals.

Conspiracies can slip through the cracks

Many people rely on news (or what they think is news) presented on social media. Unlike traditional journalism, this isn’t fact-checked and has no editorial oversight to ensure accuracy. Moreover, the vast scale of this misinformation extends beyond platforms’ best efforts to curb it. 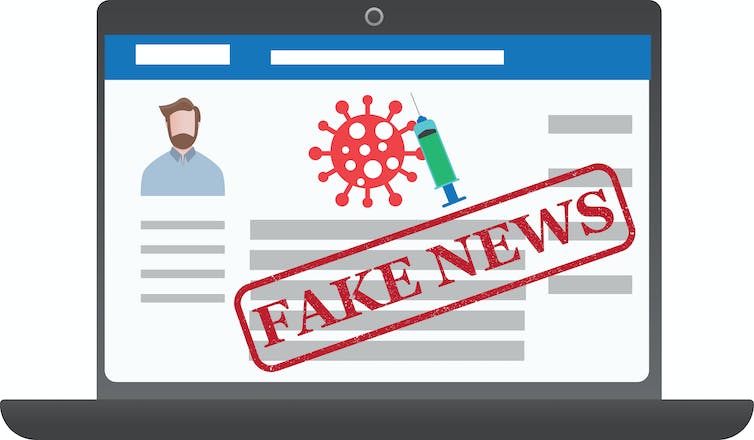 Since last year, a host of fake coronavirus cures have circulated and been sold illegally on the dark web. Among these was one hoax ‘cure’ in the form of ‘blood’ from supposedly recovered coronavirus patients. Shutterstock

While social media analytic sites such as CrowdTangle provide some insight for researchers, it’s not enough.

For example, the data CrowdTangle shares from Facebook is limited to public posts in large public pages and groups. We can see engagement for these posts (numbers of likes and comments) but not reach (how many people have seen a particular post).

Reset’s open letter recommends extending access provision to data across the entire social networking site, including (in Facebook’s case) posts on people’s personal profiles (not to be confused with private conversations via Facebook Messenger).

While this does raise privacy concerns, the system would be set up so personal identifiers are removed. Instead of paying social media platforms in exchange for data, we would be putting pressure on them via the law and, at base, their “social license to operate”.

Taking down extremists isn’t the goal

Far-right conspiracy group QAnon has managed to entrench itself in certain pockets in Australia. Its believers claim there is a “deep state” plot against former US President Donald Trump.

This group’s conspiracies have extended to include the bogus claim that COVID is an invention of political elites to ensure compliance from the people and usher in oppressive rules. As the theory goes, the vaccine itself is also a tool for indoctrination and/or population control.

Read more: Why QAnon is attracting so many followers in Australia — and how it can be countered

Public figures have further amplified the conspiracies, with celebrity chef Pete Evans seemingly spearheading the celebrity faction of the QAnon “cause” in Australia.

The real value of Reset’s policy recommendation, however, is not in trying to change these peoples’ views. Rather, what researchers require are more details on trends and levels of engagement with certain types of content.

One focus would be to identify groups of people exposed to misinformation who could potentially be swayed in the direction of conspiracies.

If we can figure out which particular demographics are be more involved in the spreading of misinformation, or perhaps more vulnerable to it, this would help with efforts to engage with these communities.

We already know young people are generally less confident about receiving a COVID vaccine than people over 65, but we’ve less insight on what their concerns are, or whether there are particular rumours circulating online that are making them wary of vaccinations.

Once these are identified, they can be prioritised in the minds of health workers and policy makers, such as by creating educational content in a group’s specific language to help dispel any myths.

Read more: Why social media platforms banning Trump won't stop — or even slow down — his cause

Pressure on platforms is mounting

There is the argument that sharing links to online misinformation could help spread it further. We’ve already seen unscrupulous journalists repeat popular terms from online conspiracists (such as “Dictator Dan”, in reference to Victoria Premier Daniel Andrews) in their own coverage to engage a particular audience.

But ultimately, the information being highlighted is already out there, so it’s better for us to take it on openly and honestly. It’s also not just a matter of monitoring misinformation, but also monitoring legitimate public concern about any vaccine side effects.

The increased visibility of the public’s concerns will force government, researchers, journalists and health professionals to engage more directly with those concerns. 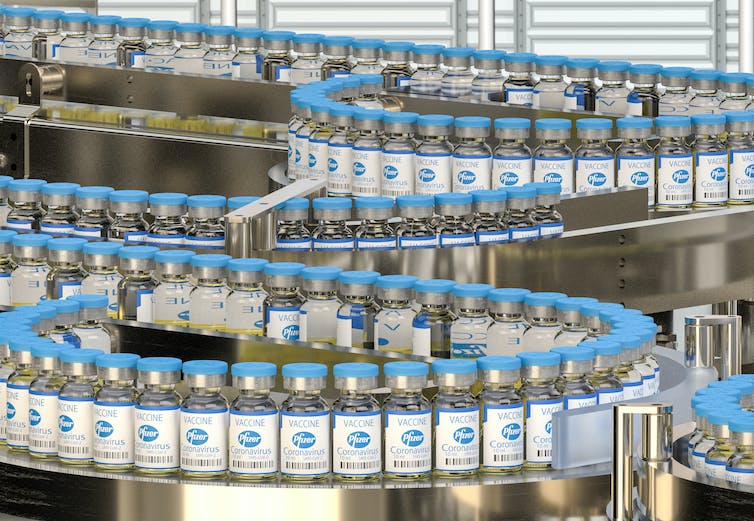 The Therapeutic Goods Administration has granted provisional approval for Pfizer’s coronavirus vaccine to be rolled out in Australia. It’s the first receive regulatory approval. Shutterstock

Compelled by Australian law, the platforms will likely be concerned about their legal liabilities for any data passed into the public domain. This is understandable, considering the Cambridge Analytica debacle happened because Facebook was too open with users’ data.

Then again, Facebook already has CrowdTangle and Twitter has also been relatively amendable in the fight against COVID misinformation. There are good reasons to suggest these platforms will continue to invest in fighting misinformation, even if just to protect their reputation and profits.

Like it or not, social media have changed the way we discuss issues of public importance — and have certainly changed the game for public communication. What Reset Australia is proposing is an important step in addressing the spread and influence of COVID misinformation in our communities.