Australia is sweltering through another heatwave, and there will be more in the near future as climate change brings hotter, drier weather. In some parts of Australia, the number of days above 40℃ will double by 2090, and with it the tragedy of more heat-related deaths.

In the complex world of plant ecology, however, heatwaves aren’t always a bad thing. Rolling days of scorching temperatures can kill off plant pests, such as elm beetles and mistletoe, and even keep their numbers down for years.

This is what we saw after the 2009 heatwave that reached a record 46.4℃ in Melbourne and culminated in the catastrophic Black Saturday bushfires. Years later, the trees under threat from the pest species were thriving. Here are a few of our observations.

The two species of mistletoe are important in the ecology of plant communities and to native bird and insect species. But infestation on older trees can lead to their deaths, particularly in drought years.

Australian mistletoe is not related to the northern hemisphere mistletoes of Christmas kissing fame. They are water and nutrient parasites on their host tree and can kill host tissues through excessive water loss. 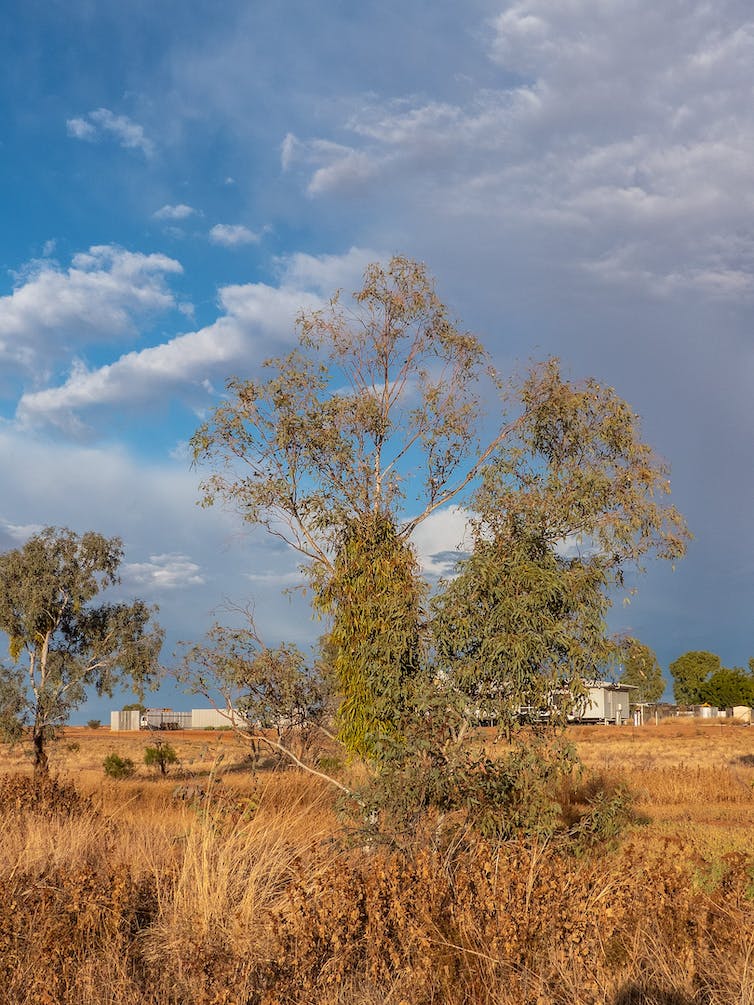 Often mistletoes go largely unnoticed, only becoming obvious when they flower. This is because many have evolved foliage with a superficial resemblance to the host species, a phenomenon known as host mimicry or “crypsis”.

During the Black Saturday heatwave, many mistletoes growing on river red gums died. The gums not only survived, but when record rains came in 2010, they thrived. A decade on, the mistletoe numbers are gradually increasing, but they’re still not high enough to threaten the survival of older, significant red gums.

Read more: The world endured 2 extra heatwave days per decade since 1950 – but the worst is yet to come

We want both mistletoes and red gums to persist. But often the old red gums are last survivors of larger populations that have been cleared — a seed source for future regeneration.

In many parts of Australia, the exotic English and Dutch elms are important parts of the landscapes of cities and regional towns. Elms provide great shade, are resilient and often low-maintenance. They also provide important environmental services, such as nesting sites for native mammals and birds.

Indeed, as Dutch elm disease decimates elm populations across North America and Europe, Australia can claim to have many of the largest elms and the grandest elm avenues and boulevards in the world, which we often under-appreciate. 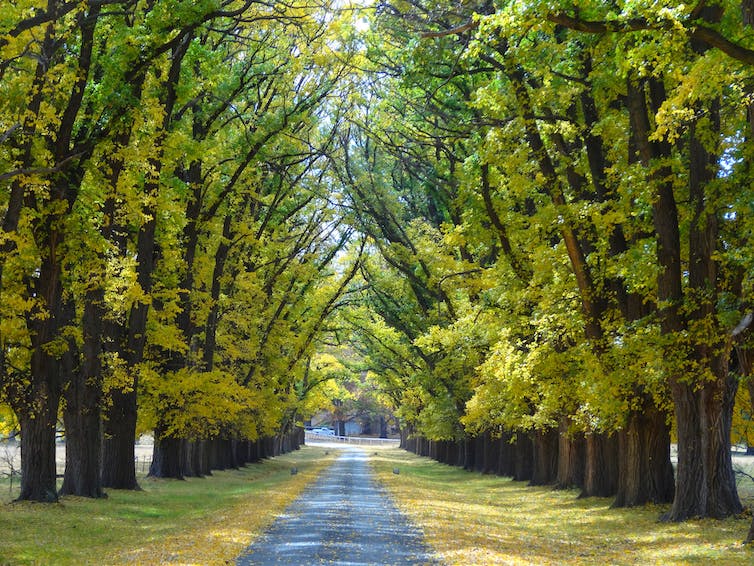 Australia is home to some of the most beautiful elm avenues in the world. denisbin/Flickr, CC BY-ND

But sadly, over the past 30 years the grazing of the elm leaf beetle, Xanthogaleruca luteola, has threatened the grandeur of our elms. These beetles can strip leaves to mere skeletons, and while the damage doesn’t usually kill the tree, it can make them look unsightly.

On Black Saturday, tens of thousands of elm leaf beetles fell from trees after prolonged exposure to high temperature. So many died, they formed what looked like a shadow under the tree canopies. Beetle numbers remained low for at least five years after that.

Read more: Why there's a lot more to love about jacarandas than just their purple flowers

Control programs, which often involve spraying chemical pesticides, were not required in that five year period. This was good for the environment as the chemicals can affect non-target sites and species. And we calculated that this saved well over A$2 million for Melbourne alone, money that could be better spent on parks and gardens (and of course, the elms looked splendid!).

Then there are our magnificent, iconic Moreton Bay figs (Ficus macrophylla). Their large, glossy leaves, huge trunks, veils of aerial roots and massive canopies spread for more than 40 metres, and make them an Australian favourite.

Moreton Bay figs are prone to insect infestations of the psyllid, Mycopsylla fici, which can seriously defoliate trees under certain conditions. The fallen leaves can also stick to the shoes of pedestrians, causing a slipping hazard.

In Melbourne, psyllid numbers that were high before Black Saturday fell to undetectable levels in the following month.

Once again, a heatwave and hot windy weather had done an unexpected service. The incidence of psyllids has remained low for a decade or more now and, as with elm leaf beetles, control measures proved unnecessary and money was saved. 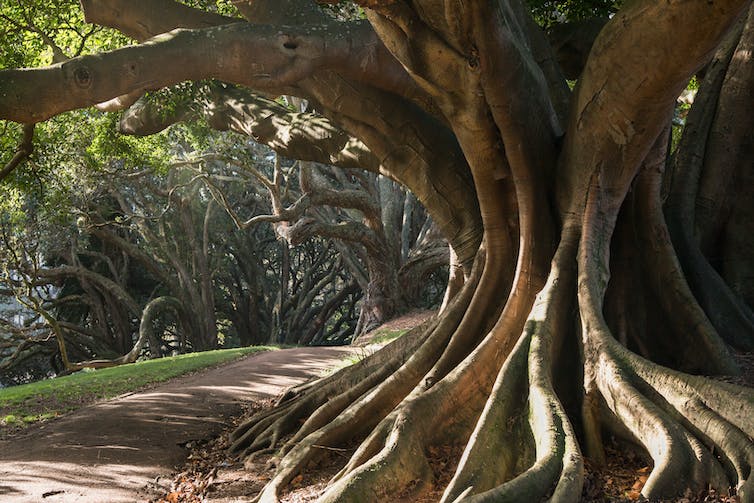 Many urban trees are renowned for their resilience to stress, both natural and human-caused. Climate change is proving a significant stress to be overcome, but we’ve observed how the stress can affect pests and disease species more than their hosts.

This gives the species growing in very tough urban conditions, where they lack space and are often deprived of water and good soils, a slight advantage, which may be the difference between living and dying under climate change.

Climate change is bringing far more losses than gains. But, occasionally, there will be wins, and those managing pests in our urban forests must take advantage when they present.

If insect pest numbers fall we can direct resources to establishing more trees and ensuring our trees are healthier. The best way to avoid pests and diseases attacking trees is by providing the best possible growing conditions. That way we avoid problems before they arise rather than treating symptoms.

So as you swelter during this heatwave, remember it may not be all bad news for our urban and natural environments. Sometimes, positive outcomes arise when and where we least expect them.

We can't trust big tech or the government to weed out fake news, but a public-led approach just might work