Among the many hard truths exposed by COVID-19 is the huge disparity between the world’s rich and poor. As economies went into freefall, the world’s billionaires increased their already huge fortunes by 27.5%. And as many ordinary people lost their jobs and fell into poverty, The Guardian reported “the 1% are coping” by taking private jets to their luxury retreats.

Such perverse affluence further fuelled criticism of the so-called 1%, which has long been the standard rhetoric of the political Left.

In 2011, Occupy Wall Street protesters called out growing economic inequality by proclaiming: “We are the 99%!”. And an Oxfam report in September last year lamented how the richest 1% of the world’s population are responsible for more than twice as much carbon pollution as the poorest half of humanity.

But you might be surprised to find this 1% doesn’t just comprise the super-rich. It may include you, or people you know. And this fact has big implications for social justice and planetary survival. 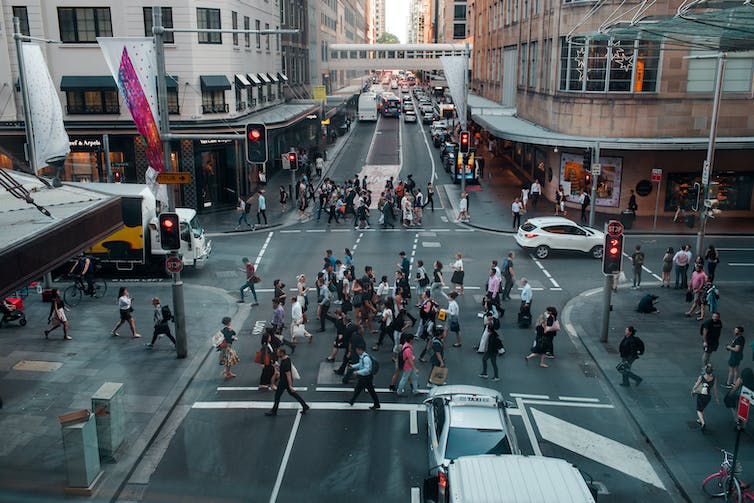 Many everyday Australians have a net worth that puts them in the world’s richest 1%. Shutterstock

Look in the mirror

When you hear references to the 1%, you might think of billionaires such as Amazon’s Jeff Bezos or Tesla founder Elon Musk. However, as of October last year there were 2,189 billionaires worldwide — a minuscule proportion of the 7.8 billion people on Earth. So obviously, you don’t have to be a billionaire to join this global elite.

So how rich do you have to be? Well, Credit Suisse’s Global Wealth Report in October last year showed an individual net worth of US$1 million (A$1,295,825) - combined income, investments and personal assets — will make you among the world’s 1% richest people.

The latest official data shows the average Australian household has a net worth of A$1,022,200. Australia’s richest 20% of households – about two million of them – have an average net worth of A$3.2 million. Even if those households comprised two income-earning adults, their net worth equally divided would make each in the top 1% of global wealth holders. 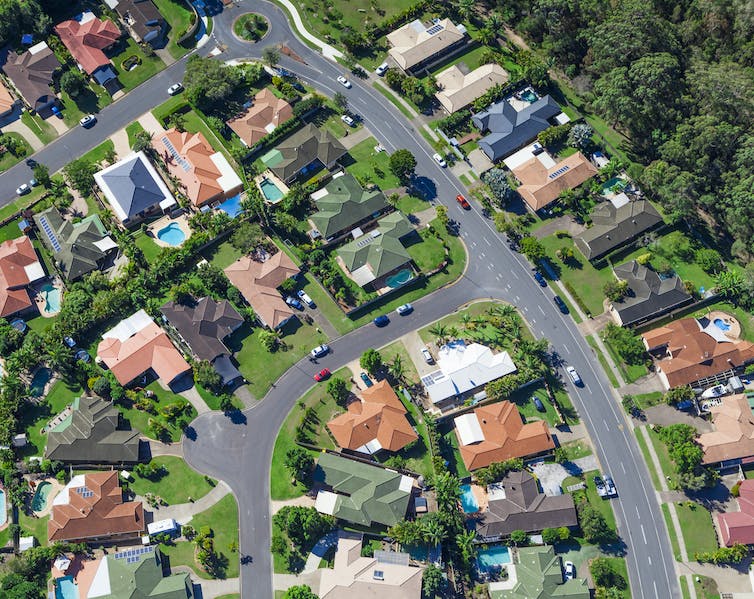 The net worth of many Australians puts them in the global elite. Shutterstock

What does all this mean for the planet?

It’s true the per capita emissions of the super-rich are likely to be far greater than others in the top 1%. But this doesn’t negate the uncomfortable fact Australians are among a fraction of the global population monopolising global wealth. This group causes the vast bulk of the world’s climate damage.

A 2020 Oxfam report shows the world’s richest 10% produce a staggering 52% of total carbon emissions. Consistent with this, a 2020 University of Leeds study found richer households around the world tend to spend their extra money on energy-intensive products, such as package holidays and car fuel. The UN’s 2020 Emission Gap Report further confirmed this, finding the top 10% use around 75% of all aviation energy and 45% of all land transport energy.

It’s clear that wealth, and its consequent energy privilege, is neither socially just nor ecologically sustainable. 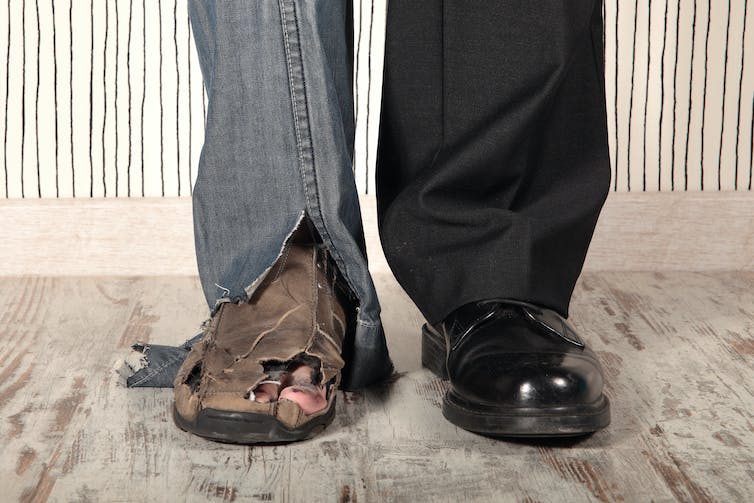 Global wealth disparity is not just or sustainable. Shutterstock

Much attention and headlines are devoted to the unethical wealth of billionaires. And while the criticism is justified, it distracts from a broader wealth problem — including our own.

We should note here, one can have an income that’s large compared to the global average, and still experience significant economic hardship. For instance in Australia, the housing costs of more than one million households exceed 30% of total income – the commonly used benchmark for housing affordability.

Here lies a central challenge. Even if we wanted to reduce our wealth, the enormous cost of keeping a roof over our head prevents us from doing so. Servicing a mortgage or paying rent is one of our biggest financial obligations, and a key driver in the pursuit of wealth.

But as we’ve shown above, as personal wealth grows, so too does environmental devastation. The rule even applies to the lowest paid, who are working just to pay the rent. The industries they rely on, such as retail, tourism and hospitality, are themselves associated with environmental damage.

Existing economic and social structures mean stepping off this wealth-creating treadmill is almost impossible. However as we’ve written before, people can be liberated from their reliance on economic growth when land - the very foundation of our security - is not commodified.

For social justice and ecological survival, we must urgently experiment with new land and housing strategies, to make possible a lifestyle of reduced wealth and consumption and increased self-sufficiency.

This might include urban commons, such as the R-Urban project in Paris, where several hundred people co-manage land that includes a small farm for collective use, a recycling plant and cooperative eco-housing. 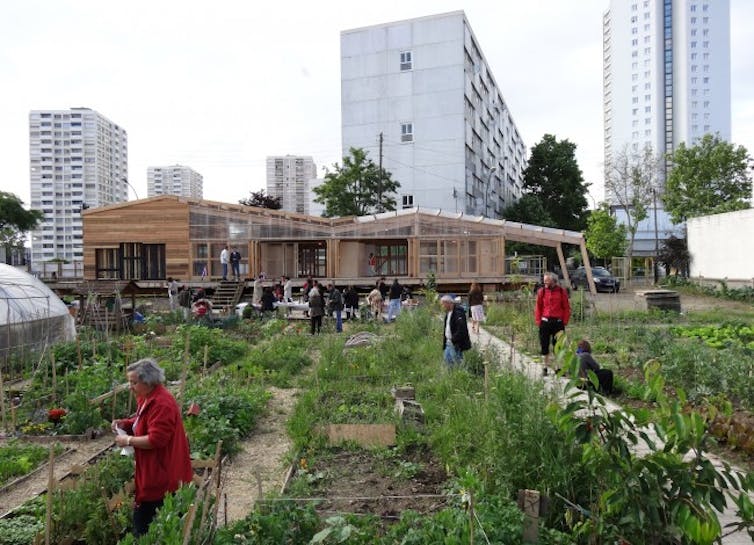 The R-Urban project in Paris, which includes a small farm. Flickr

Under a new land strategy, other ways of conserving resources could be deployed. One such example, developed by Australian academic Ted Trainer, involves cutting our earnings sharply - with paid work for only two days in a week. For the rest of the working week, we would tend to community food gardens, network and share many things we currently consume individually.

Such a way of living could help us re-evaluate the amount of wealth we need to live well.

The social and ecological challenges the world faces cannot be exaggerated. New thinking and creativity is needed. And the first step in this journey is taking an honest look at whether our own wealth and consumption habits are contributing to the problem.

Read more: The 'simple life' manifesto and how it could save us

Clarification: this article has been updated to state that, for Australia’s richest 20% of households, the average net worth of two income-earning adults would make each in the top 1% of global wealth holders.